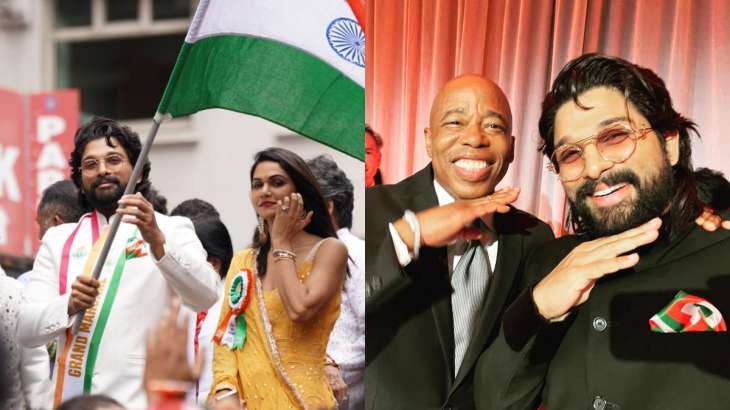 Allu Arjun was recently spotted in New York where he represented India at the India Day parade, one of the most well-known annual events organised by the Indian diaspora in the US.

During the event, the actor met with New York Mayor Eric Adams and he also taught him his signature hand brush move from his blockbuster film Pushpa: The Rise. 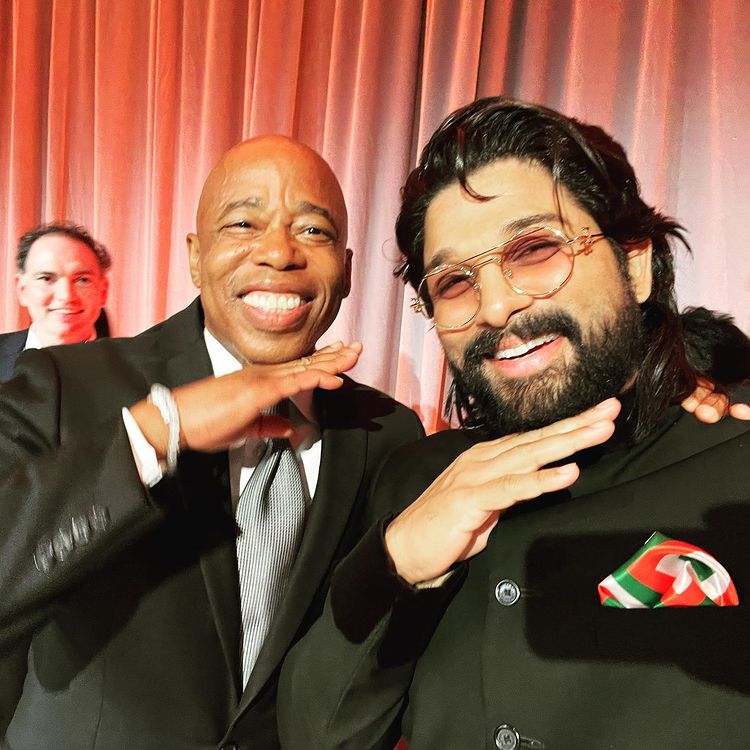 Allu Arjun shared pictures with the Mayor on his Instagram handle along with a heartfelt note that read, “It was a pleasure meeting the Mayor of New York City . Very Sportive Gentleman. Thank You for the Honours Mr. Eric Adams . Thaggede Le ! @ericadamsfornyc @nycmayorsoffice (sic).” 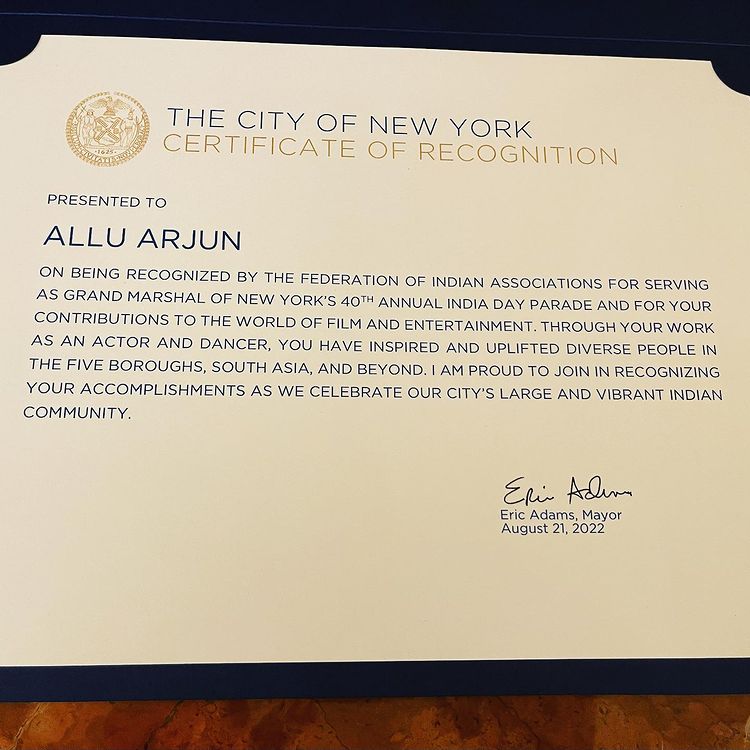 After the massive success of Allu Arjun and Rashmika Mandanna’s Pushpa: The Rise, the makers have finally dropped an update about the film’s second installment. The shooting of the film will begin after a pooja ceremony that is being held today.

Sidharth Malhotra And Kiara Advani Planning For A Beach Wedding?