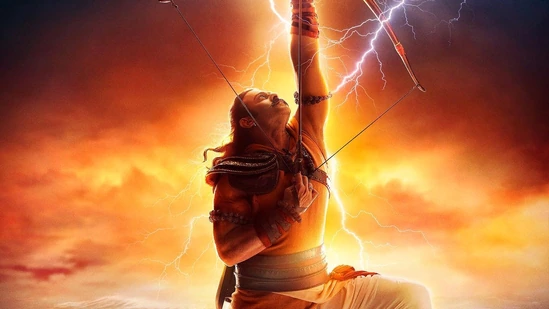 Actor Prabhas shared the first-look poster from his upcoming mythological saga titled ‘Adipurush’ where he’ll be seen playing Lord Ram. The first look at Prabhas’ character shows his warrior side.

Sharing the poster on social media, Prabhas wrote, “Join us as we embark on a magical journey on the Sarayu River Bank in Ayodhya, UP. #AdipurushInAyodhya. Unveil the first poster and teaser of our film with us on Oct. 2 at 7:11 PM!” 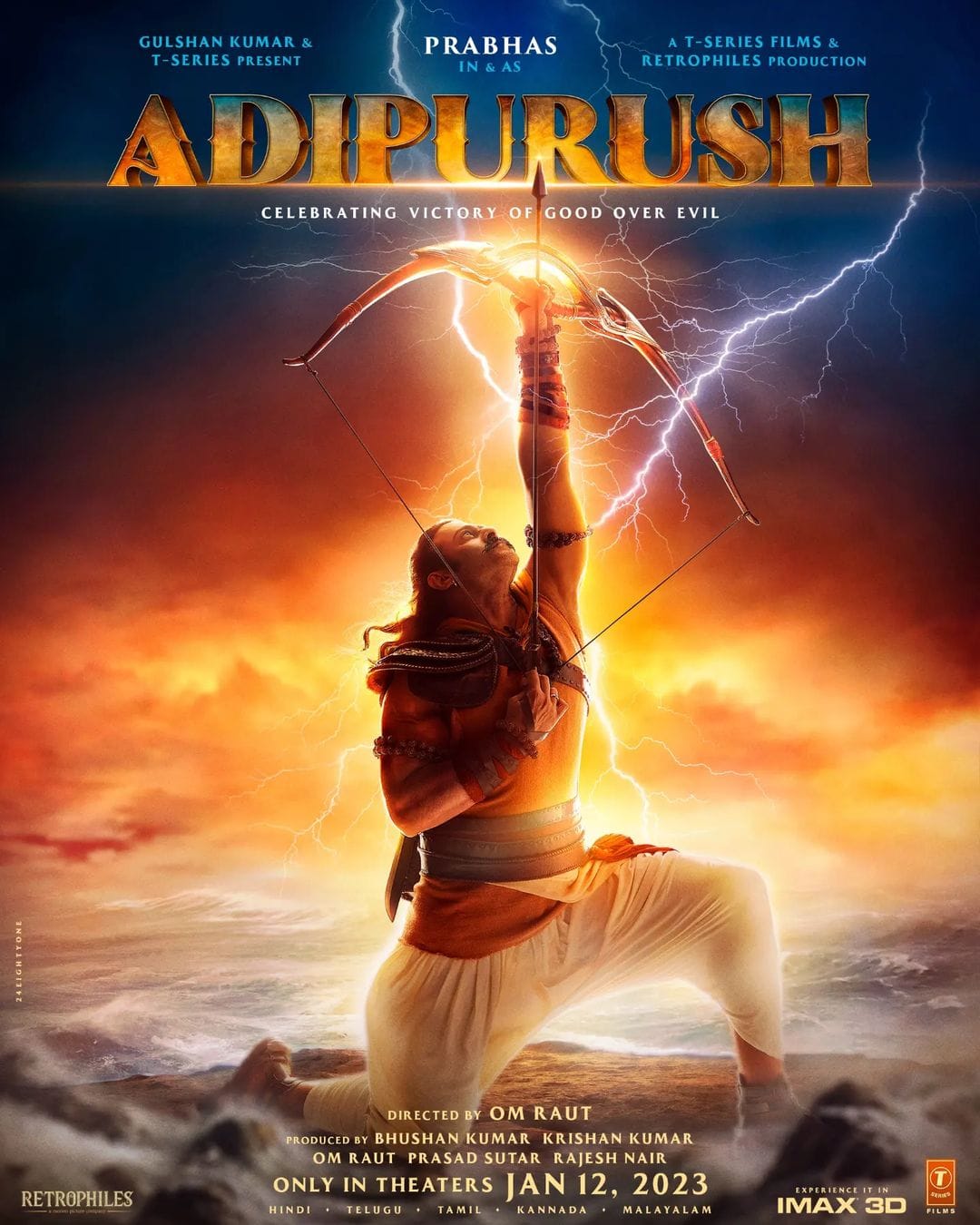 In the poster, the actor can be seen kneeling on one knee, as he aims his bow and arrow at the skies. He is seen wearing a vest and dhoti and lighting in the burning sky can be seen in the background. The film’s first teaser will be unveiled at an event in Ayodhya on October 2.

Directed by Om Raut, the film will be released in multiple South Indian languages — Telugu, Tamil, Malayalam and  Kannada. It will also be presented in 3D and IMAX. Adipurush arrives in theatres on January 12.