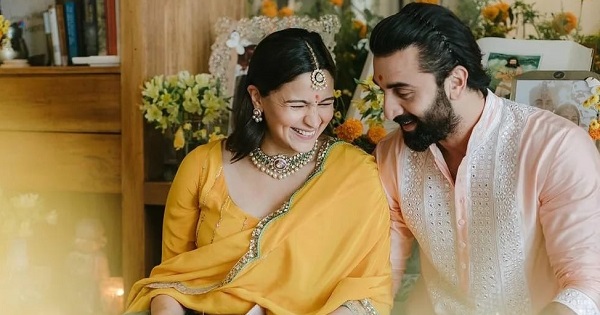 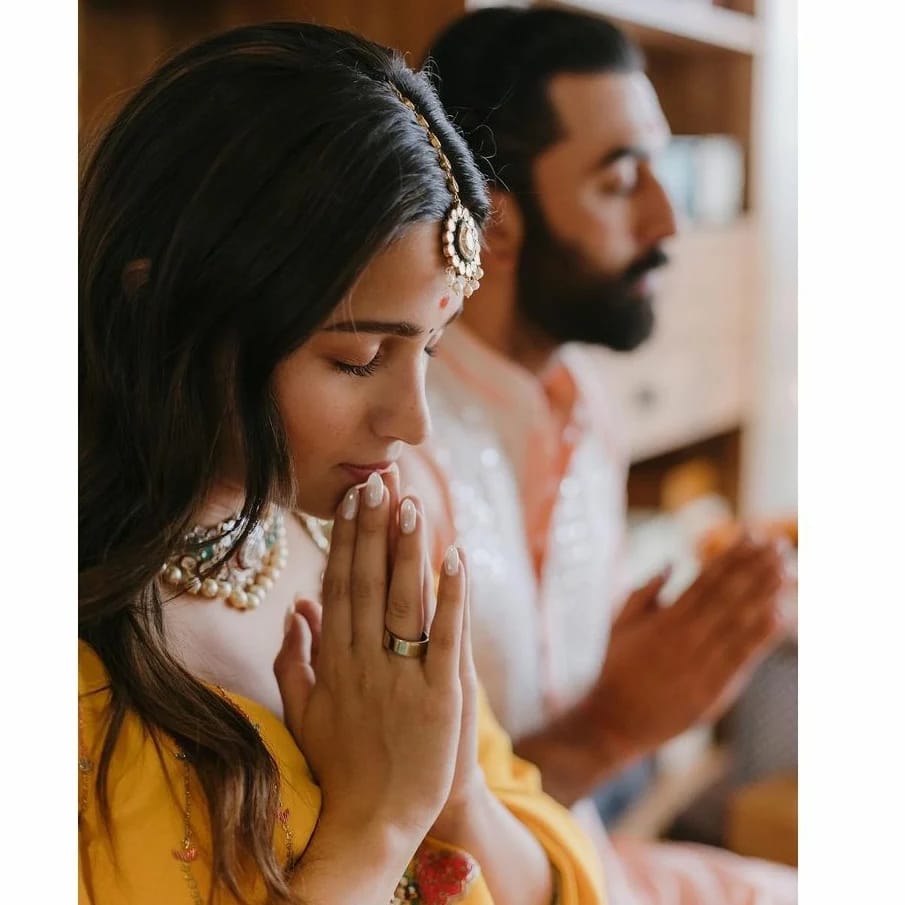 While Alia Bhatt looked dead drop gorgeous in a yellow Anarkali, Ranbir Kapoor opted for a pink kurta for the occasion. 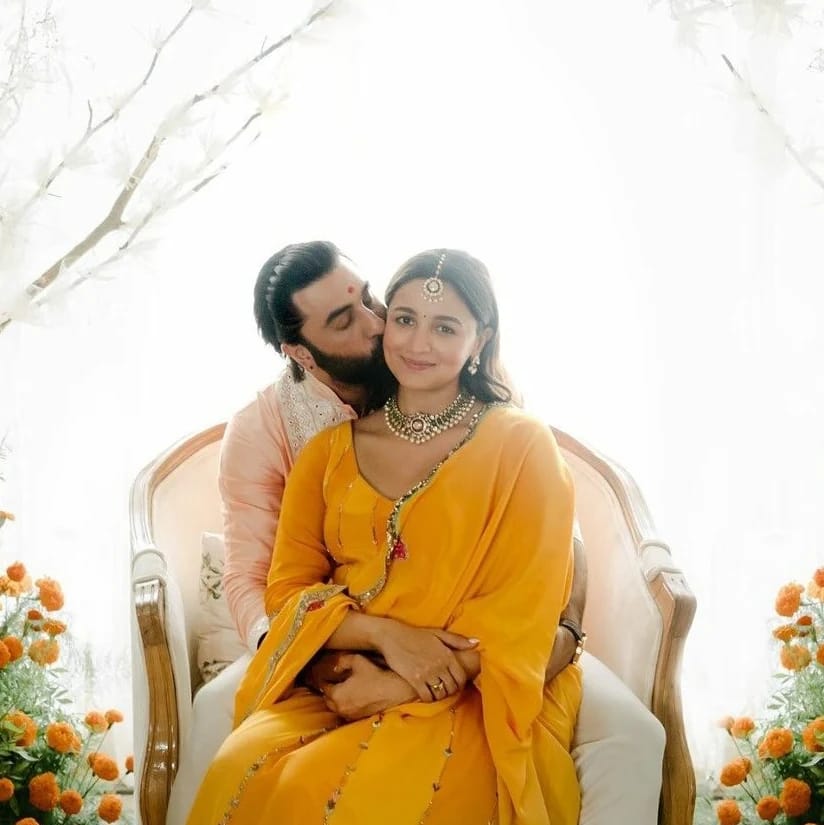 Alia styled her ethnic outfit with a statement maang tikka and a bejewelled choker. She kept her hair open in a half-tie style and lets not forget to mention her pregnancy glow! 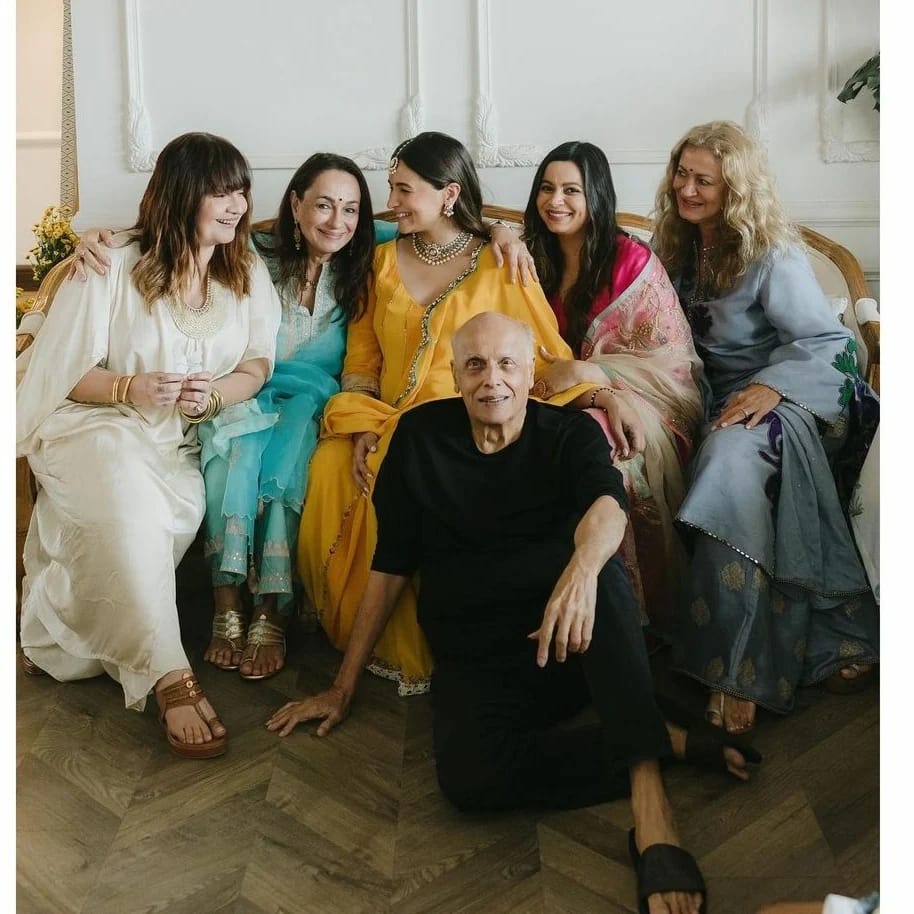 Alia Bhatt recently took to her social media to share pictures from the baby shower and we can’t stop gushing over the couple and their adorable pictures that have taken over the internet.

Well, if you haven’t seen the pictures yet, here you go. Apart from close family members, Alia and Ranbir’s close friends were also there to support the couple. 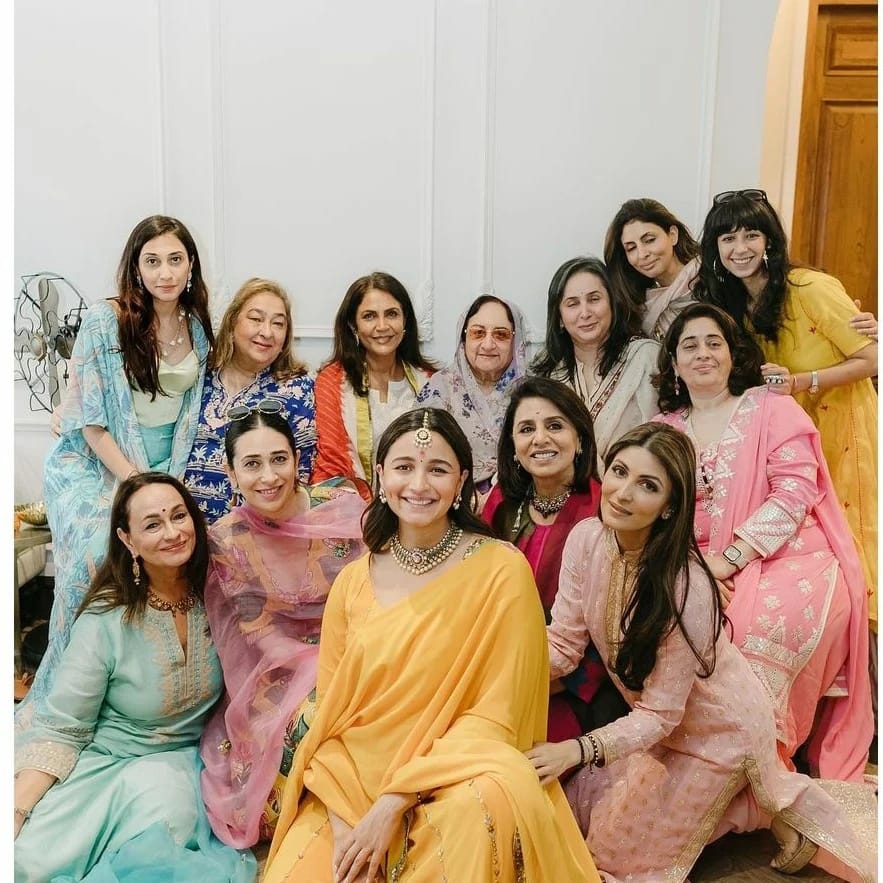 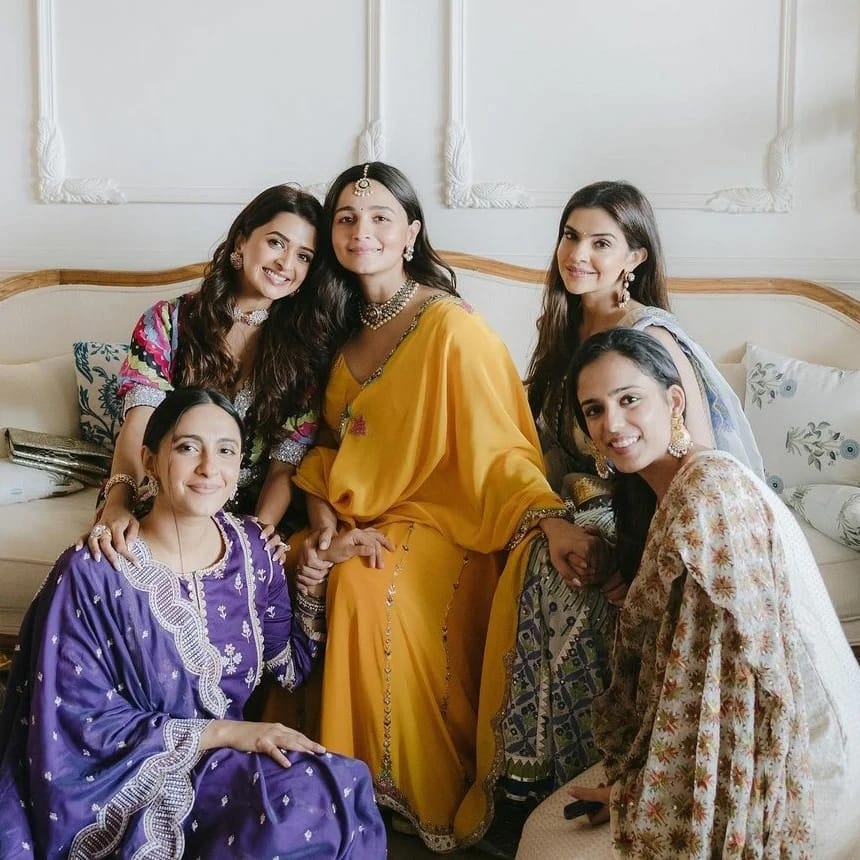 Alia Bhatt announced pregnancy in June, almost three months after her wedding, with a sweet Instagram post. On the work front, she was last seen in Brahmastra alongside her hubby Ranbir Kapoor. She will soon be seen opposite Gal Gadot in Heart of Stone and Rocky Aur Rani Ki Prem Kahani opposite Ranveer Singh. Recently, the actress also announced her own maternity clothing line.

4 Traditional Yet Comfortable Outfits That New Brides Can Opt For This ‘Karva Chauth;