Anushka Sharma & Virat Kohli Are A Perfect Match, Sima Taparia Says As She Reacts To Season 2 Of The Indian Match Making 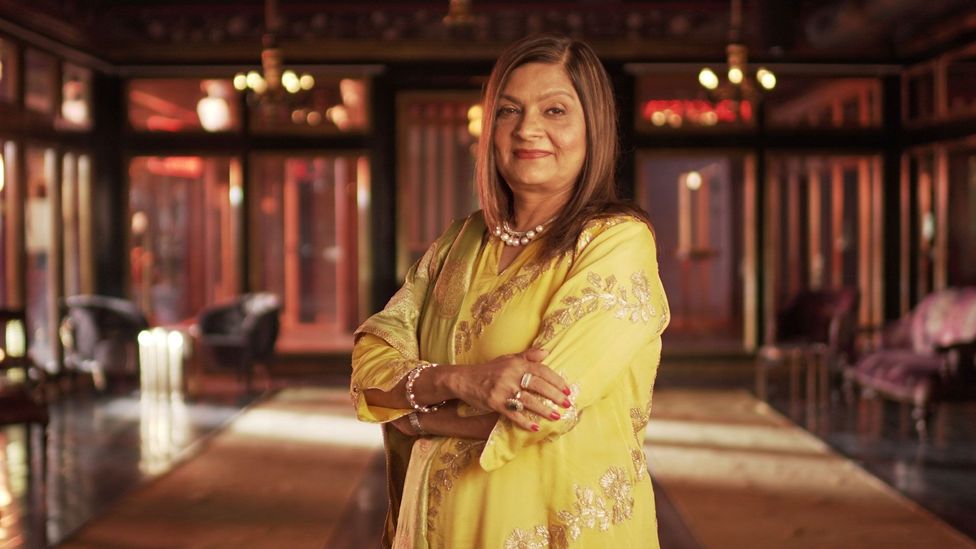 Are you highly individualistic, strong willed and overtly picky and have a meticulous wish list on what you seek in your life partner and from marriage? Then in all likelihood you stand a very high chance of being cancelled and rejected and classified as ‘UNSUITABLE’ by Sima Aunty. 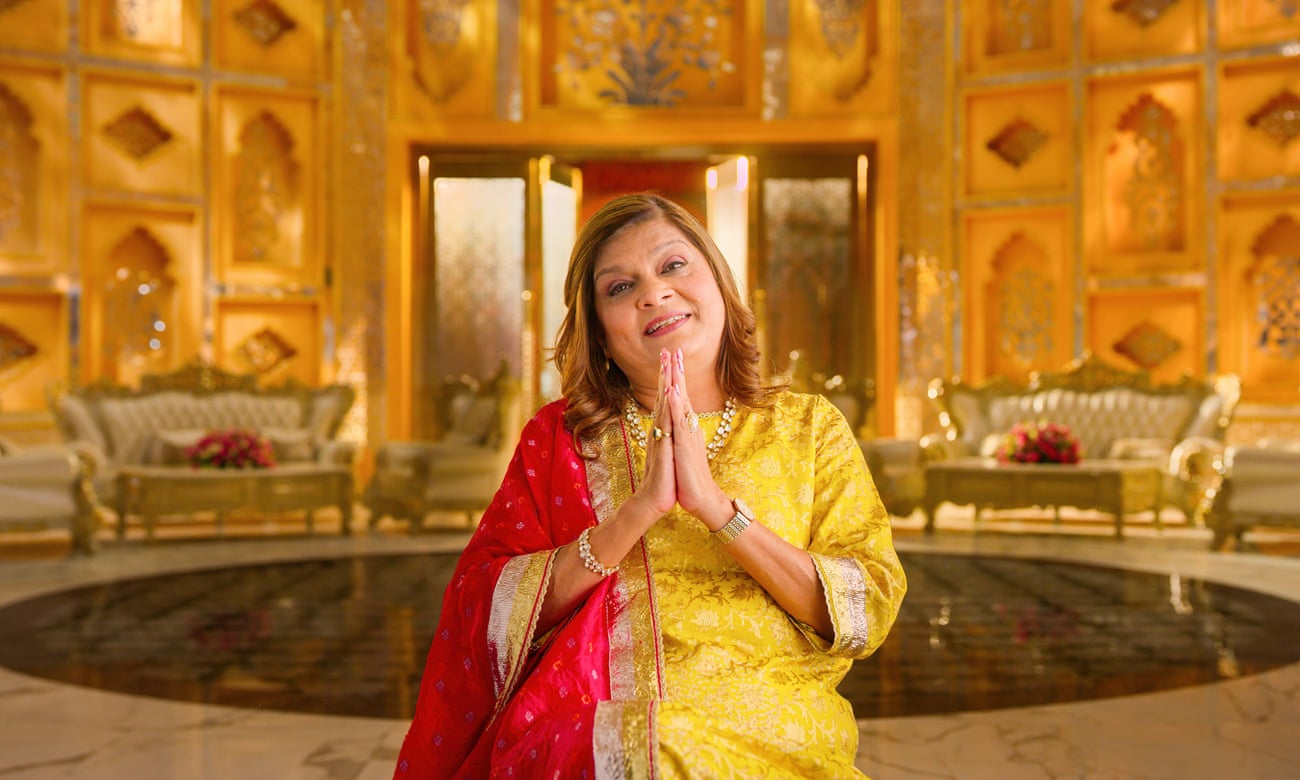 ‘Love to hate it or hate to love it’ and however much you may cringe and balk at the sequence of events as prospective families with their ‘eligible boys’ and ‘suitable girls’ hope to find a connect that would seal the deal for life under the benevolent eye of ‘Sima Mami’ there is no way of ignoring. Netflix’s popular unscripted reality series Indian Matchmaking.

The show premiered in 2020 and introduced us to ‘Sima Taparia’ who became popularly known as ‘Sima Aunty’ as she tries to match the most compatible amongst her clients across Mumbai and abroad in this case USA as she weighed on their personal expectations, family expectations, backgrounds and social standing. 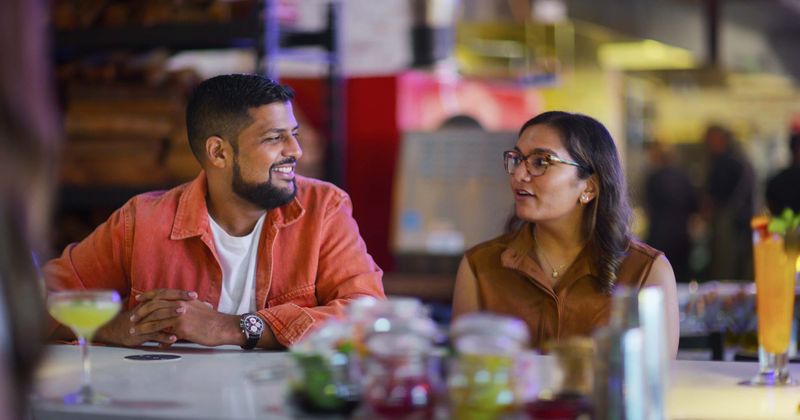 Though Season 1 ended with none of the singles finding their partners Sima Taparia is quick to responds with’ Its all destiny nothing is in my hands or theirs. When the stars align then only things happen and it depends from individual to individual too’As she returns on Season 2 we are introduced to a new set of clients and also catch up with some old faces like Aparna Shewakramani and Nadia Jaggesar. When asked how tough has it been this time around she responds with her characteristic matter of fact tone, ‘the thing is everyone wants everything and I cannot fulfil every demand from good looks, educational backgrounds, families and choice of cities’. 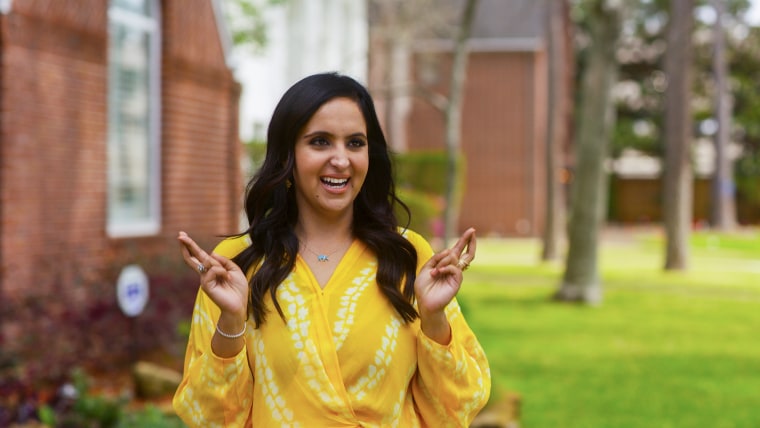 But she reiterates that its her Indian clients who are very conscious about the location base of their prospective partners. ‘The city aspect applies to India, abroad they are very flexible in that aspect regarding cities and states. It’s not possible to tick all the boxes for them, but I work hard for them’.

In her pursuit to finding suitable partners for her clients most of whom wealthy upper class Indians, Sima Taparia is assertive that she is transparent and clear with all her clients, choosing to work with specific communities and being stringent in whom she chooses to represent and not, ‘ I can’t take everyone in. I need to do full justice to the ones I choose. The Criteria for selections is that I give options and if I am unable to do so I communicate the same’, she says in an interview to GOOD TIMES. 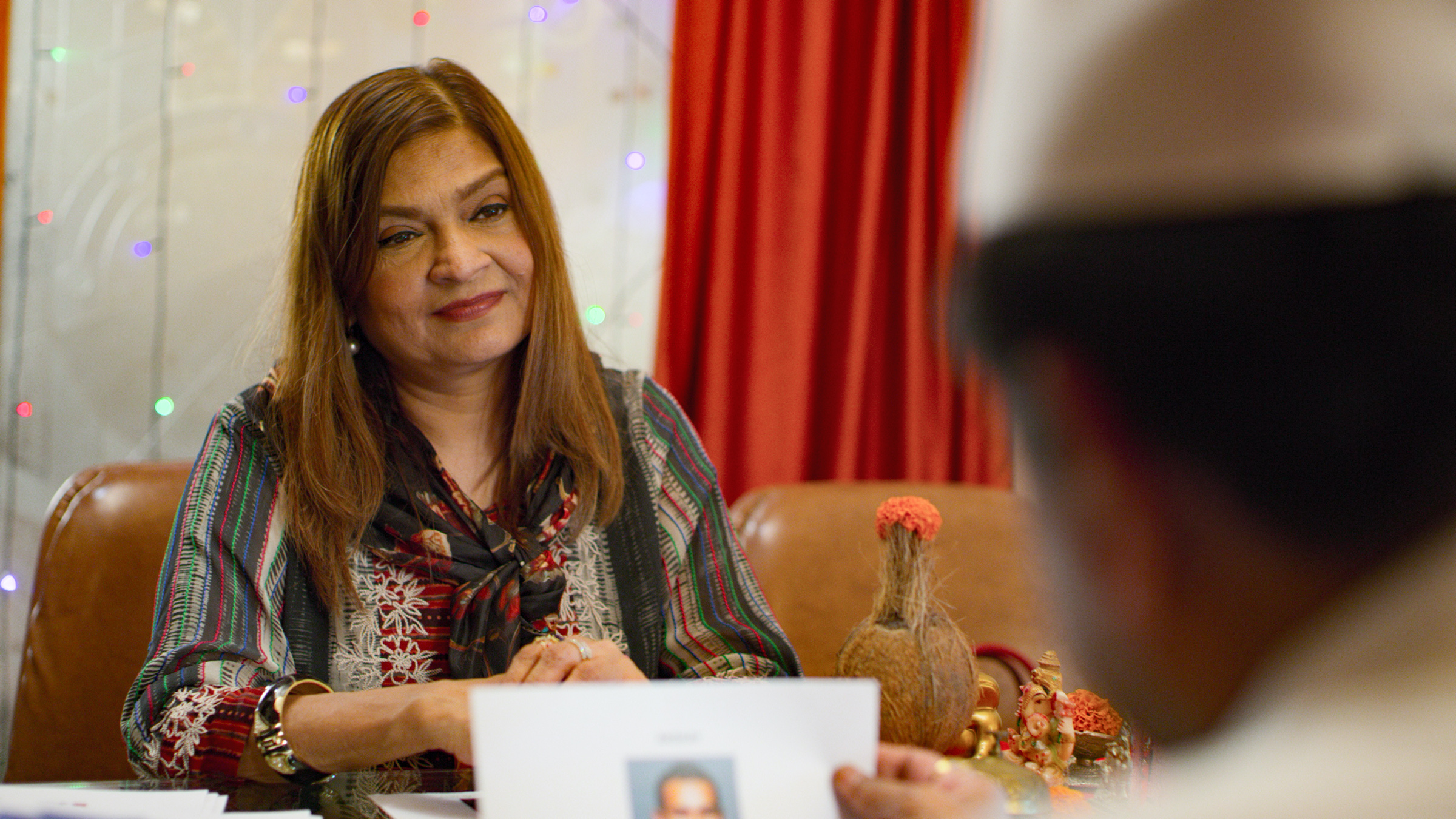 In the recent season she once again reiterates her favourite key words of ‘compromise ‘, ‘flexible’, ‘adjustment’ doling out friendly matronly advise to her clients from age gap to being too fixed in their ideas.

Nadia in the current show was told that being attracted to Vishal, who is seven years her junior was a recipe for disaster work. As Sima Taparia unabashedly declared that the ten year age gap between Priyanka Chopra and Nick Jonas was not an ideal match’. It’s once again put the show in the spotlight for being regressive and glorifying outdated ideas and attitudes. 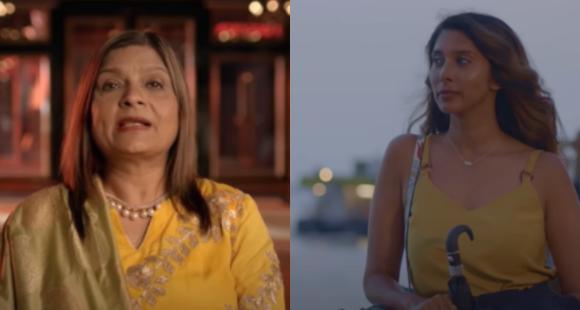 Sima Taparia calmly responds to criticism ‘these youngsters have made a big deal about “compromise’ the better word here is ‘understanding’, and in any sphere of life you need understanding, how can you adapt and make your relationship work if you are not understanding? Problems are inherent in relationships’, she says

As Nadia has her heartbroken by Vishal, Sima has a I told you moment, ‘well you saw how Nadia realised Sima Aunty was right all along. Its nice when these children listen’.

But as men choose to take in partners way junior to them in age, is it wrong for a woman to do so, we can’t help but articulate the question that’s been constantly raised ‘there is bound to be a clash in maturity levels, but it depends from person to person’ she answers firmly. 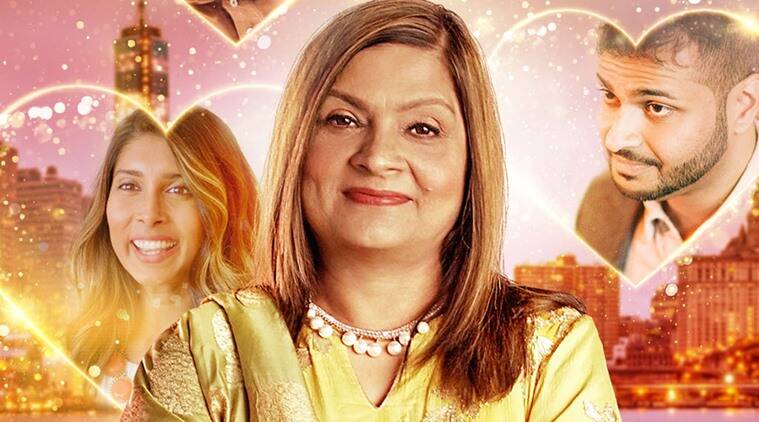 Aparna Shewakramani a successful lawyer in the previous season was described as being ‘negative and stubborn’ since she was too picky regarding her suitor had been vocal on how was disturbed by Sima many comments is back on the show but consulting a Korean American astrologer in Hyderabad, ‘People have their own ideas and work along that, Aparna has her own m thinking she is educated and can do what she feels is right’,says Sima dismissively

Calling herself a ‘vehicle’ to expedite the process between two families she says the concept of arranged marriages has evolved as families seek suitable matches for their ‘children’ who comes with their own sensibilities. As she points out in the show’ first marriage love will follow later’ she says there is no barometer to gauge the success of an arranged or love marriage.’ 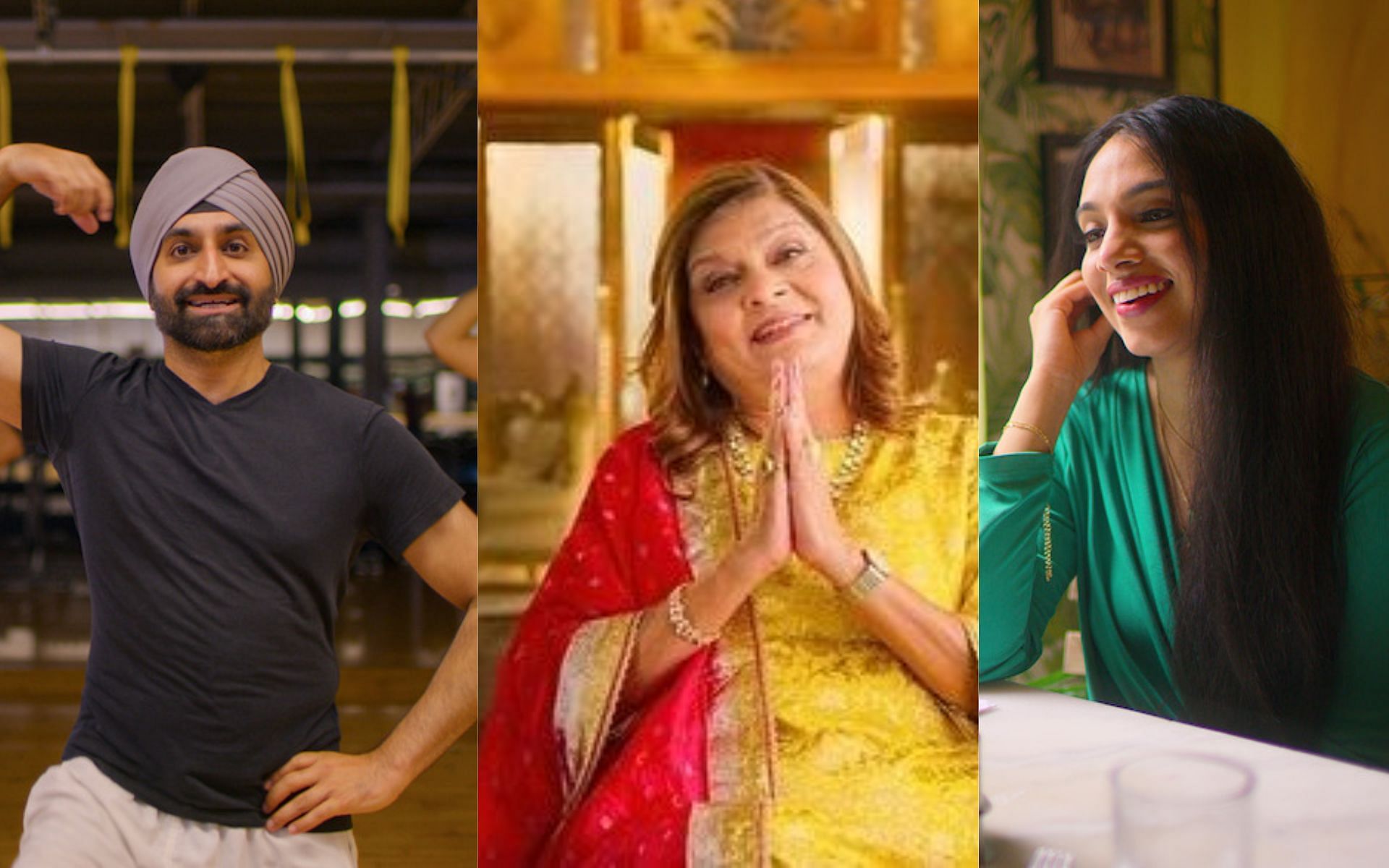 ‘Marriage is a lottery these youngsters say Sima Aunty is old fashioned, but in a love marriage they are looking for love, once attracted they get married. But in an arranged match we weigh the options of family values and background which are important. There is never any pressure on the ‘children’ they take their time once they feel they have a ‘connect’ its after that I proceed and seal the deal with both sides. Also there is solid family support that comes with an arranged marriage’.

Her characteristic statements and remarks triggered a meme fest with her one liners taking on the internet as she tells her Nashik based client” that even if he was Nick Jonas it would be highly unlikely for him to get Priyanka Chopra if he lived in Nasik “to how she finds Nick Jonas petite to lamenting that “kids” these days have too much freedom to decide which makes her job tough”. She admits that though she has not the read comments or seen any of her memes but is happy that the show has got people talking “am happy people are so creative, they have loved the show and seen things so minutely, it makes me pleased.” 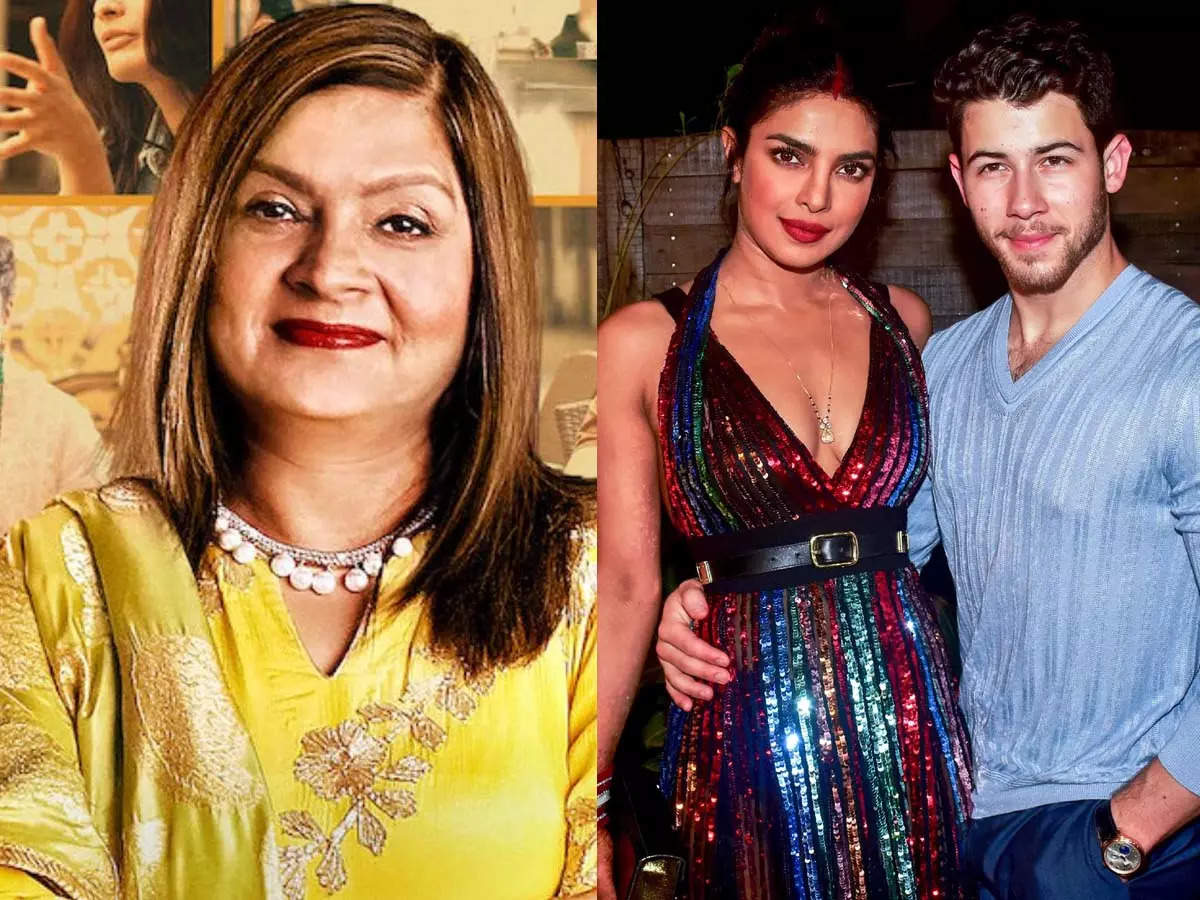 Though on the question of season three she answers with a “lets hope so.” when asked about who does she feel is the most perfectly matched celebrity couple she has two, “call me old but I think Hema Malini and Dharmendra are perfect and amongst the youngsters it’s “Anushka Sharma and Virat Kohli” who are a perfect match.

Vicky Kaushal & Sidharth Malhotra, The Punjabi Mundas Are All Set To Grace The Koffee Couch