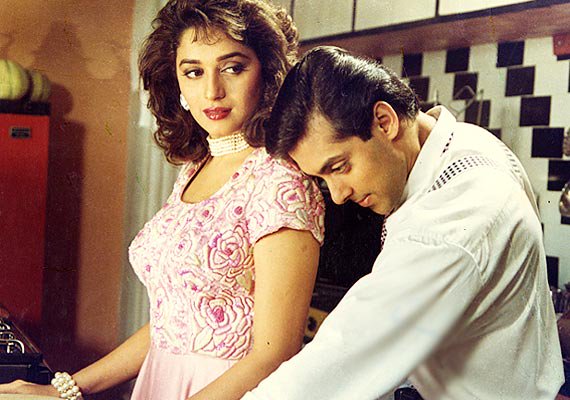 It’s been 25 years of a film which had a jubilee run at the theaters, 14 songs, two weddings and one funeral, the big fat Indian family saga – that had us all heading to the theaters (mind you single screen theaters, we didn’t have multiplexes then) over and over again, since we couldn’t get enough if it, such was its repeat value. 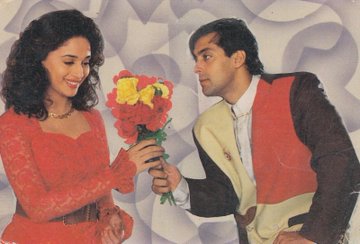 The movie was Hum Aapke Hain Kaun, with over a three-hour-long run time, no one was complaining here.
Vintage Rajshri fare, incidentally it was a remake of their 1982 Nadiya Ke Paar which starred Sachin, but was changed to an urban context to suit new tastes – we were few years short of the millennium.

The extended family, where everyone lived under one roof, broke bread, danced, prayed and even wept together. As had always been the case with Rajshri productions the khandani sanskar, maan maryada were reiterated, filial piety, sibling revelry – god forbid if rivalry came in, fate and karma would play tug of war and the ultimate sacrifice.
Meet the eternal Prem, Salman Khan’s favorite screen name, he is the pampered younger son of the family as the calm and collected big brother played by Monish Bahl runs the business and works hard. Adopted by their Uncle Kailash Nath played by Alok Nath, the extended family includes the household help and their pet dog Tuffy, it’s La Familia Utopia where all is well. 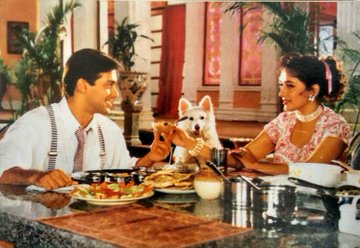 Literally, Nadiya Ke Uss Paar are the Choudhury’s, a professor played by Anupam Kher his wife Reema Lagoo and two daughters – Renuka Shahne, the responsible older one, whilst the impish Nisha played by Madhuri Dixit. 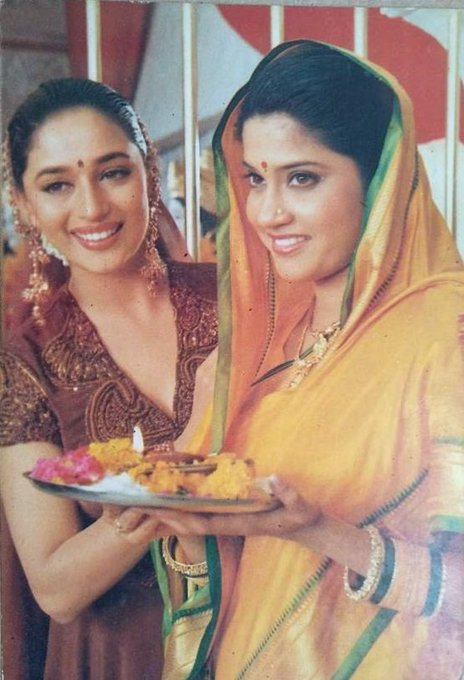 The Professor is best friends with Kailash Nath and the best way to turn ‘dosti into rishtedari’ was to get the older of the two children at both ends betrothed, a match made in heaven to the chants of Wah Wah Ramji, we sit through the mega wedding festivities, as Nisha ribs Prem with Joote Le Lo Paise De Do before you know cupid as struck those too as well.

All is well as bade bhaiya works the rest of the clan, mesmerized by the Bhabhi’s infectious personality. There are cricket matches, musical evenings and the blossoming of another romance, as Prem and Nisha serenade each other with ‘pehela pehela pyaar hai’. 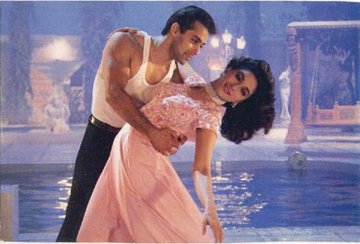 The family’s cup runneth over, as Bhabhi gets pregnant and then comes the iconic godh bharai song ‘didi tera devar deewana’ as Nisha teases the love of her life, just minutes after she proclaims to the clan that there could be another wedding, remember ‘maayi ni maayi’. 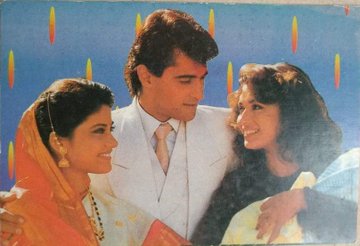 As the family cheers the arrival of the new born, fate strikes its evil hand. Bhabhi falls to her death and the home is plunged in despair, there was not a single dry eye in the theatre, as we all shed tears of anguish. Nisha has to make the ultimate sacrifice, give up her love and fill in her sisters’ shoes, so her nephew is not deprived of a mother’s love. That’s what families do – they stick with each other through thick and thin. We wait with bated breath, as Nisha walks down the steps to be married to her widowed brother in law, who moves aside and reunites the briefly separated lovers. 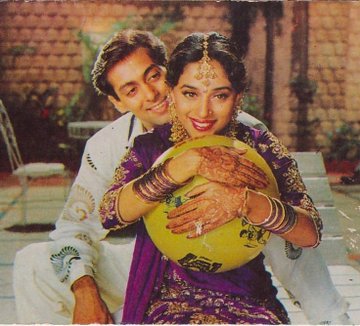 We loved each frame, despite the over the top interiors, a tad gaudy costumes. We relived it and revisited the film, embracing the reel family – happy to even replace our real one. As the joint family which was on its last kegs and the nuclear family, too, was showing cracks – this was the film which reaffirmed the concept of ‘family first’. 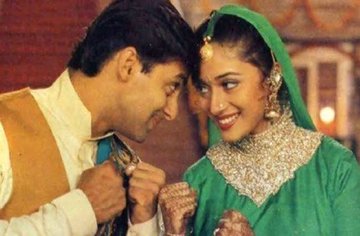 Hum Aapke Hain Kaun was one of the highest grossing films of 1990s, one of the biggest box office earners. It’s been 25 years, and its soundtrack is still a part of every wedding party, and you can’t help but re-watch the perfect family which only exists in a ‘neverland’. Film narrative these days, too, highlight and celebrate the imperfect and dysfunctional family, the existential crisis with everyone asking themselves Hum Aapke Hain Kaun.