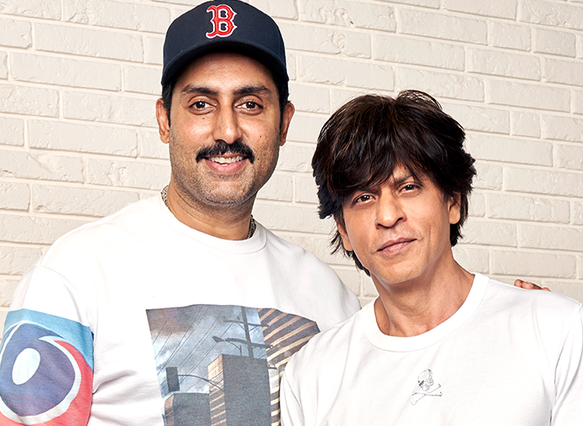 We all remember the innocent-looking insurance agent from the Sujoy Ghosh directorial ‘Kahaani’. He was part-timing as a serial killer named ‘Bob Biswas’, and his chilling killing sprees would send shivers down your spine . We’d even told you in November last year, that actor Abhishek Bachchan will be collaborating with Shah Rukh Khan’s Red Chillies Entertainment for the film that’s being touted as a ‘prequel’ to ‘Kahaani’. Well, the film has now gone on floors.

‘Bob Biswas’ is the name of the film which is being co-produced by Bound Script Production and Shah Rukh Khan’s Red Chillies Entertainment, and on Day 1 of the shoot, actor Abhishek Bachchan made it official with a photo from the set, wherein one can see Bob Biswas’ head and the rim of him glasses from behind a clapperboard.

Shah Rukh Khan had earlier announced his association with the film with a Tweet that said, “Happy to associate with Bound Script Production to bring #BobBiswas, played by Abhishek Bachchan and directed by Diya Annapurna Ghosh,”. Shah Rukh Khan and Abhishek Bachchan are collaborating after working together in the Farah Khan directorial Happy New Year as co-stars. Now the duo will don the hats of producer-actor respectively.

Everything You Need To Know About Coronavirus: What It Is, & How You Can Prevent It