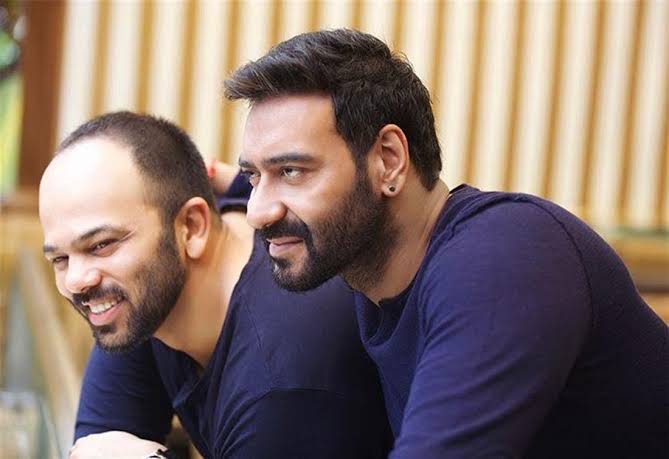 It’s the season of remakes and sequels! Earlier this week, Akshay Kumar had hinted at the fifth part of his comedy entertainer ‘Housefull’, and now it turns out that Ajay Devgn wasn’t far behind either. Ajay Devgn and Rohit Shetty will be collaborating for the fifth instalment of the ‘Golmaal’ franchise. The actor announced the same on social media-

A film franchise which is not only the longest running one in hindi cinema but also happens to be one of my favourites! Prepare yourself for yet another laugh riot with #GolmaalFive. @itsrohitshetty @sarkarshibasish @reliance.entertainment @rohitshettypicturez

“A film franchise which is not only the longest running one in Hindi cinema, but also happens to be one of my favourites! Prepare yourself for yet another laugh riot with #GolmaalFive,” wrote Ajay Devgn on Instagram sharing a click with director Rohit Shetty. Golmaal is the first Bollywood franchise to have a run of five successful films. The original Golmaal: Fun Unlimited had released in 2006. Post this, three back-to-back films came into the franchise in the years 2008, 2010 and 2017. The ensemble star cast of the film includes actors like Arshad Warsi, Tusshar Kapoor, Shreyas Talpade.

Read: 5 Cult Comedy Films We Would Love To See Remade!

Read: Ranveer Singh & Ajay Devgn To Be A Part Of Akshay Kumar’s ‘Sooryavanshi’?

It is reported that Golmaal Five’s script has already been locked. The film goes on floors once Rohit Shetty finishes filming for his cop thriller Sooryavanshi starring Akshay Kumar and Katrina Kaif. Interestingly, Ajay Devgn will also be seen in a cameo appearance in the film. He will be seen on screen as cop Sangram Bhalerao, the super cop from the film Singham.