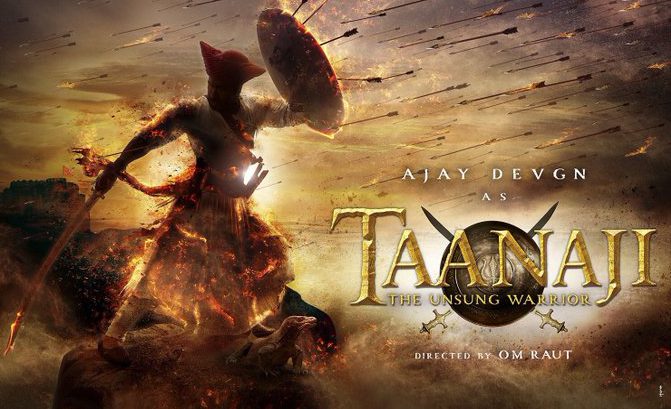 Ajay Devgn’s next film ‘Taanaji: The Unsung Warrior’ will have stunning action sequences and some great VFX. While the film will hit theatres in January 2020, sources and reports suggest that the trailer will be released on November 22, 2019. A fan pointed out on Twitter that November 22 holds a special significance for the actor too, as it was the same day that his film ‘Phool aur Kaante’ had released in the year 1991.

Ajay Devgn has a busy schedule as he is currently shooting for Maidan and will head to Hyderabad post that to join team Sooryavanshi to shoot the climax. A source revealed to a leading entertainment portal –

He is currently juggling between shooting for Maidan and sitting in on the trailer (including VFX of the movie which is being done by NY VFXwaala, one of the finest studios in India) of Tanhaji – The Unsung Warrior. He’s hardly getting any sleep in between but as Ajay is overlooking the minutest details of the trailer, he is determined to finalise everything so it can be launched on November 22.

Taanaji: The Unsung Warrior had begun filming in September 2018. Directed by Om Raut, the film was earlier slated to release on the date of November 22, 2019. The release was postponed to January 2020, but the trailer will be shared on the very same day that the film was touted to release.

Ajay Devgn will play the role of Taanaji Malusare, who led the Maratha empire. The film also stars Kajol and Saif Ali Khan in pivotal roles. Taanaji: The Unsung Warrior releases on January 10, 2020.