Celebrations don’t seem to be coming to an end for the Ambanis. After Isha Ambani and Anand Piramal’s extravagant wedding celebrations, it is time for the sibling Akash Ambani to tie the knot with Shloka Mehta. 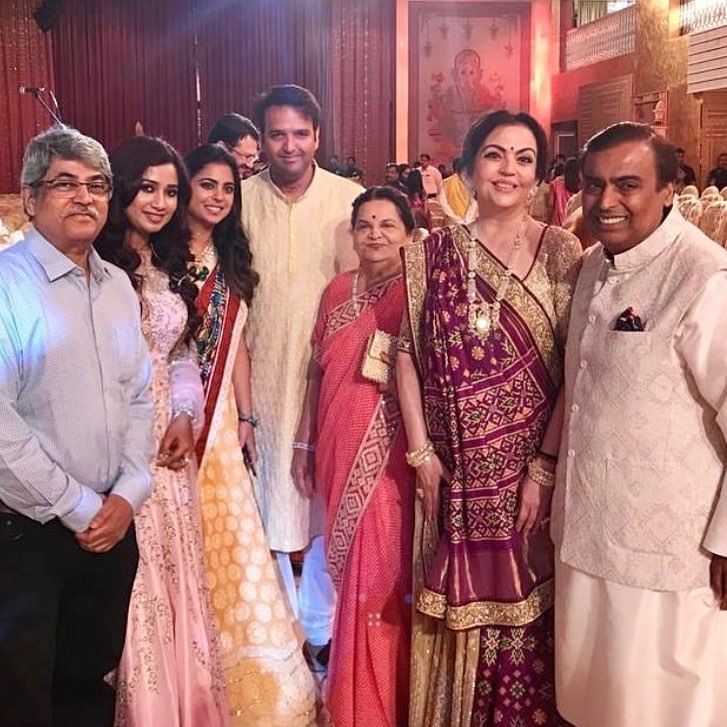 A three-day winter wonderland bash at Switzerland, first, the families kicked off the festivities in Mumbai with a musical night, next. The Ambani residence ‘Antilia’ was all togged up, yet again. This time candles floated mid-air. Ambanis sure do know how to throw a party in style! Guests were taken to ‘Hogwarts’ with a Harry Potter party spin. Owing to some creative wizardry, platform 9 ¾ was recreated at the venue. Sumptuous delights were served at a replica of the Hogwarts dinner table.

And what is a celebration without music? Punjabi singer Guru Randhawa was present himself to make sure everybody shakes a leg to his groovy music.

All from Ranbir Kapoor, Alia Bhatt, Malaika Arora, Arjun Kapoor, Karan Johar, Disha Patani had flown to St. Moritz to attend the three-day Swiss pre-wedding bash. There was an entire Winter wonderland built just for them with Chris Martin and The Chainsmokers performing for the guests.

Pictures from the black tie event continue to arrive as Bollywood celebrities make sure fans catch a glimpse. Aamir Khan had joined the bride-to-be on-stage to dance to ‘Aati Kya Khandala’.

The wedding ceremony will reportedly take place at Jio World Centre, Bandra-Kurla Complex (BKC) on March 9. This will be preceded by an ‘assembly of baraat‘ at around 3:30 p.m. at Trident Hotel, BKC, followed by ‘baraat swagat and high tea’ at 6:30 p.m, ‘Hasta Melap‘ at 8:00 p.m. and then dinner later.