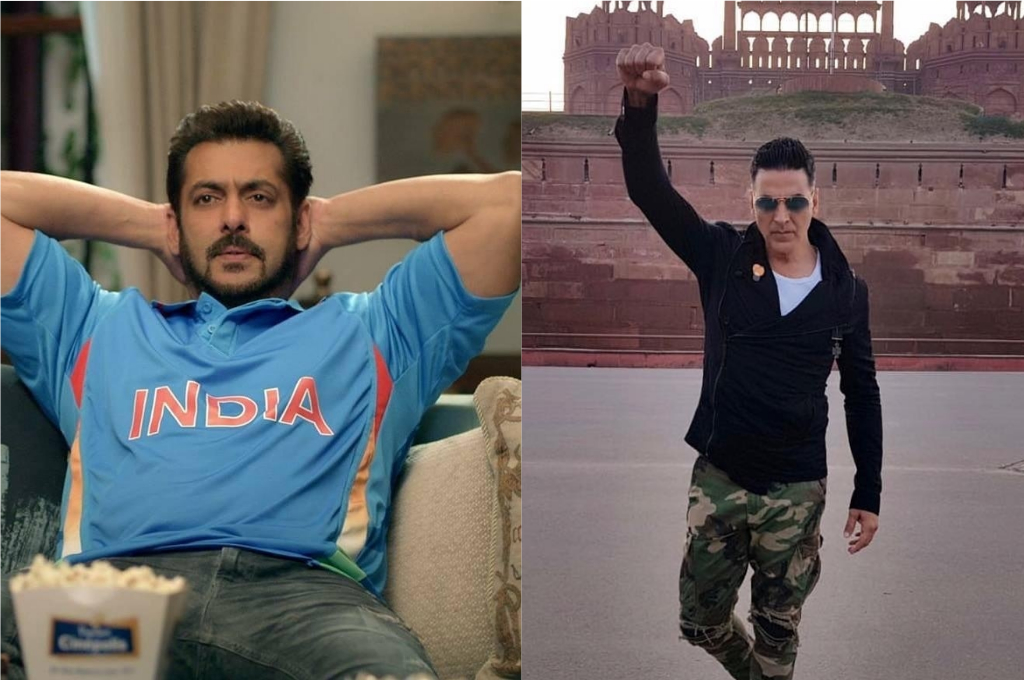 Not Salman’s ‘Inshallah’, But Akshay’s ‘Laxmmi Bomb’ To Release On Eid 2020

Hours after Salman Khan announced the ‘pushing’ of his upcoming collaboration with Sanjay Leela Bhansali, ‘Inshallah’, the makers of Akshay Kumar and Kiara Advani starrer, ‘Laxmmi Bomb’ have dropped the film’s release date – which is none other than – well, Eid 2020.

Read: Not ‘Inshallah’, Salman Khan To Treat Fans With Something Else On Eid

Akshay Kumar and Kiara Advani, who began shooting for their upcoming film, Laxmmi Bomb, less than a week ago, are now getting ready for a release date. In a move, that came very close to superstar Salman Khan announcing the postponement of his big SLB production, Inshallah, due to undisclosed reasons – the makers of the Akshay-Kiara starrer announced May 22, 2020 as their release date.

Remember, Alia and Salman’s Inshallah was earlier meant to release on Eid 2020. So, is this announcement a mere coincidence, because if it is, then a big box-office clash seems to have safely been avoided.

From ‘Pyaar Ka Punchnama’ To Future Lineups, Kartik Aaryan Is Quite A Star Now