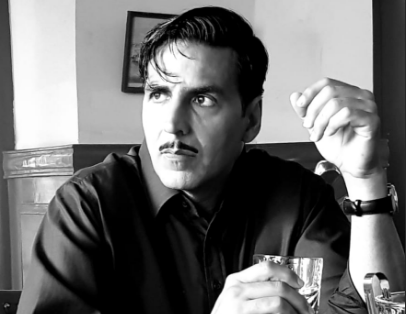 Akshay Kumar Says The Questions Around His Citizenship Disappoint Him

Akshay Kumar recently opened up about his citizenship on social media. The actor took to Twitter to share his feelings about the same –

“I really don’t understand the unwarranted interest and negativity about my citizenship. I have never hidden or denied that I hold a Canadian passport. It is also equally true that I have not visited Canada in the last seven years. I work in India and pay all my taxes in India,” read the actor’s post on Twitter.

Further, he said in the post that he has always loved his country and has never needed to prove it to anyone. “I find it disappointing that my citizenship issue is constantly dragged into needless controversy, a matter that is personal, legal, non-political, and of no consequence to others. Lastly, I would like to continue contributing in my small way to the causes that I believe in and make India stronger and stronger.”

The issue had come to surface when Akshay Kumar was missing from the long list of celebrities who had gone out in Mumbai to vote for the Lok Sabha 2019 elections. People had spotted his wife Twinkle Khanna at the polling booths, Akshay, however, was absent.

While the whole country is talking elections and politics, here’s a breather. Privileged to have done this candid and COMPLETELY NON POLITICAL freewheeling conversation with our PM @narendramodi . Watch it at 9AM tomorrow via @ANI for some lesser known facts about him! pic.twitter.com/Owji9xL9zn

Read: This Is The One Time Akshay Kumar Felt Ashamed Of His Movie Choices

The actor had held a ‘non-political’, ‘freewheeling’ conversation with Prime Minister Narendra Modi. The duo chatted about everything, including topics like his childhood memories, love for mangoes, and their filmy connection.

This, in fact, is not the first time that a celebrity has come under the spotlight for being true to their nationality and citizenship – Deepika Padukone too has been subject to a similar controversy.

Never has there been any doubt in my mind about who I am or where I’m https://t.co/Iv1nhLQWqD for those of you confused on my behalf…please don’t be!Jai Hind!🙏🏽 #proudtobeanindian #govote pic.twitter.com/8ZYj1g0r9u

Read: Here’s Why ‘Chhapaak’ Is Deepika Padukone’s Most Time-Consuming Film Till Date

The Chhapak actress was at the vortex of many a speculation about her citizenship, since the actress was born in Denmark. Deepika Padukone had turned out to vote at the elections and got inked doing the same, which is when the doubts were clarified. The actress had Tweeted that read, “Never has there been any doubt in my mind about who I am or where I’m from. So for those of you confused on my behalf, please don’t be. Jai Hind.”

#AliaBhatt tells us how it was working with her fam and spills the beans on why she couldn't vote this time!. . . . . . . . . . . . #MyGoodTimes #LiveYoung #LiveIndian #Bollywood #Entertainment #SoniRazdan #MaheshBhatt

Read: Alia Bhatt & Tiger Shroff In This New Song Will Keep You ‘Hooked’!

Alia Bhatt, too, was among the celebrities caught in the ‘citizenship’ controversy. She spoke about it at a recently held press conference for her mother’s film as well, saying that, “It is a ‘Catch 22′ – I would love to vote but there is a technical situation, due to which currently it is not possible for me to vote.” Alia, however, hopes that in future there would be an arrangement that would allow her to vote. “Hopefully, maybe in the future it could be a dual citizenship or whatever, maybe something or the other would work out.”