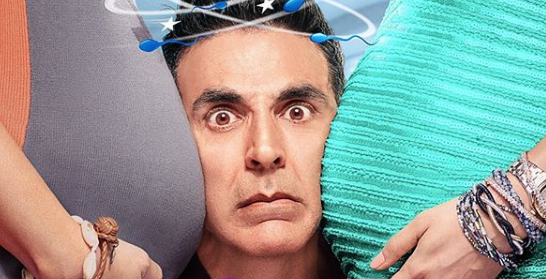 Akshay Kumar has seen a string of successful releases this year – whether it is ‘Housefull 4’ or ‘Mission Mangal’. There is absolutely no stopping the actor, as he gears up towards his next film ‘Good Newwz’ – the trailer of which is already winning the internet. Akshay Kumar revealed at a press conference how Karan Johar had narrated the script to him and he ended up signing the film!

Talking about the versatile script of Good Newwz, Akshay says that the writers are the most important people. He feels sometimes they are even more important than the directors of the film according to him. “If there won’t be writers, there is no point of being an actor,” said Akshay Kumar at the press conference.

Karan Johar also took a witty dig at Kumar at the press conference, when he was asked by a journalist what ‘Good News’ means to him. “Good news to me is when an actor agrees to do my film at a low price – but that’s a good news Akshay hasn’t given me so far,” laughed Johar.