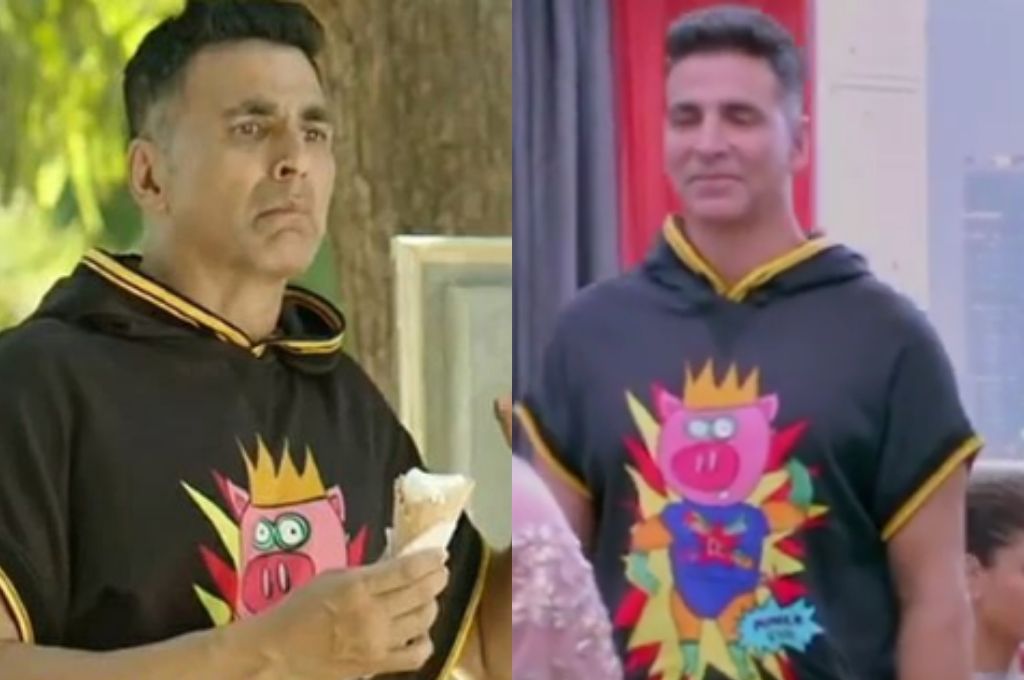 Akshay Kumar’s latest film ‘Good Newwz’ is right around the corner. As the film’s promotions are on in full swing, the makers have released several teasers and promos from the film. In one such teaser which was actually a blooper from the film, Akshay Kumar is seen wearing a half-sleeved sweatshirt with a pig caricatured onto it. Check it out –

Fans of Akshay Kumar soon noticed that he had worn the exact same outfit in a scene in his recently released comedy entertainer Housefull 4. A fan page of the actor even took screenshots from both scenes to substantiate their claim about the similarity. Followers immediately began to comment on the post, trolling the actor for repeating the outfit in his films. They trolled the actor on being in the exact same getup, saying, “Budget kam tha kya?” Others said that the actor’s hard work was indeed commendable as he was probably shooting for the scenes in the same day owing to his busy schedule.

Whatever the case may be, we have to give it to Akshay Kumar for only he can pull off two shoots in a single day! The actor is currently shooting for the Rohit Shetty directorial Sooryavanshi, alongside actress Katrina Kaif. The film releases in March 2020. He will also be seen in the thriller Bachchan Pandey with Kriti Sanon, slated for a Christmas 2020 release.