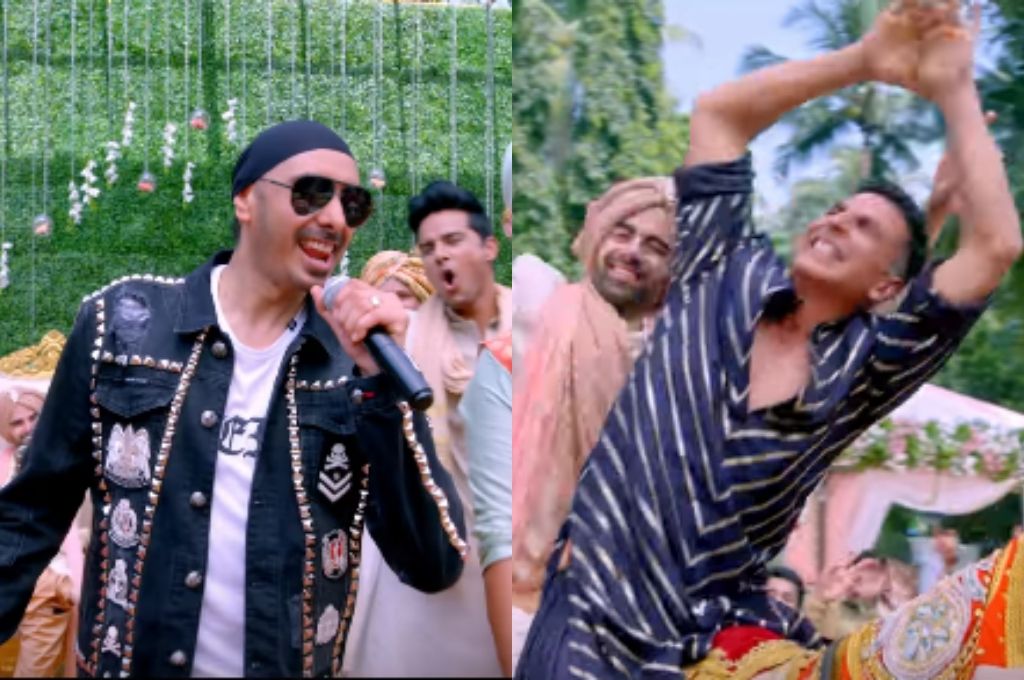 Wedding season is officially here! As we gear up for a barrage of weddings to attend, and a number of sangeet performances to practice for – here’s another perfect song to add to your wedding playlist with Akshay Kumar’s amazing moves in it.

The remake of Sauda Khara Khara by Sukhbir has been released by Akshay Kumar. The song’s video has Akshay Kumar, Kiara Advani and Diljit Dosanjh in it and a special appearance by Sukhbir too! The actors have let their hair down, quite literally, and are dressed in an Indian attire paired with comfy sneakers. If this isn’t your go-to look this shaadi season, we don’t know what will be.

Akshay Kumar aces the Bhangra moves, as does Diljit Dosanjh. Akshay Kumar’s moves also deserve a special mention, only because of the super amazing Naagin dance that he does.