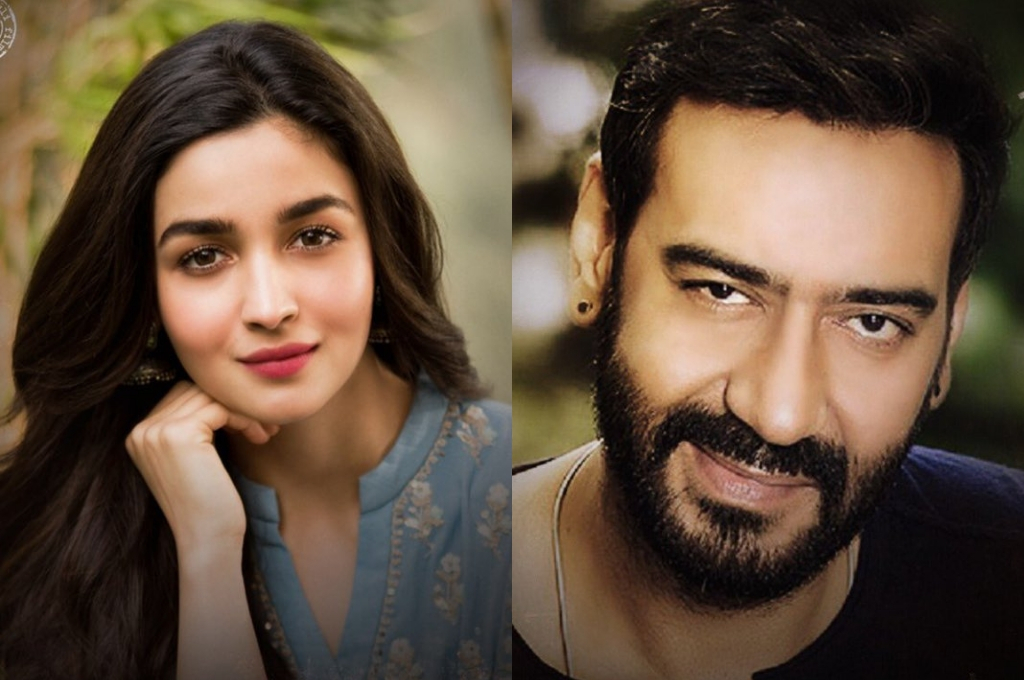 ‘Baahubali’ director has returned to the set after a year, as he announced his next film ‘RRR’. The film that has been simultaneously shot in four languages, is slated to release in the year 2020. While the project already had popular South Indian actors Jr. NTR and Ram Charan on board, the makers recently announced two new additions to the film cast. Find out!

The story is set in the 1920’s and is a period drama based on the life of two legendary freedom fighters. And now, the film also has Ajay DevGn on board playing a prominent role in the film! Another Bollywood actress joined him in RRR, none other than Gully Boy and Raazi star Alia Bhatt. RRR‘s official movie handle tweeted out welcoming her on board the project, wishing her a happy birthday in advance. Alia Bhatt also tweeted –

Today I feel truly truly grateful.. Cannot wait to begin this beautiful journey with this stellar cast and massive team.. thank you @ssrajamouli sir for giving me this opportunity to be directed by you.. 💃💃💃💃 #RRRPressMeet https://t.co/4LylrkDBr5

With Alia Bhatt and Ajay Devgn on the bandwagon, RRR is all set to get going! At the very same press conference, a story line was also revealed. “A fictitious story based on two legendary freedom fighters,” is what RRR is said to be. It is also a ‘pan-Indian film painted on a large canvas’, as revealed in the same. It is based on the lives of freedom fighters Alluri Seetharamaraju & Komaram Bheem in the era of the 1920’s, and unveils their lives as they were away from home and started fighting for the country.