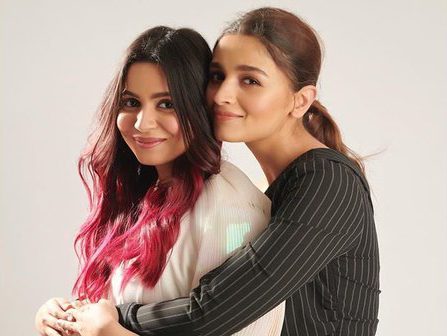 Actor Alia Bhatt recently posted a video on her YouTube channel along with her sister Shaheen Bhatt where the two revealed that they were not on the best terms in the past.

In the video, Alia Bhatt reveals that though she and her sister have been on very good terms for years, so much so that they don’t even argue – there was a time when the two did not get along at all. Both of them can be seen answering questions about one another.

There’s a very large age gap between us, so there was a time when Alia was very young and I was a teenager, so there were all those annoying things. You don’t want your little sister tagging along with you, and she used to listen to me when I was talking on the phone to boys and go and complain to my mother. So obviously we were not friends.

Watch their full conversation, below.