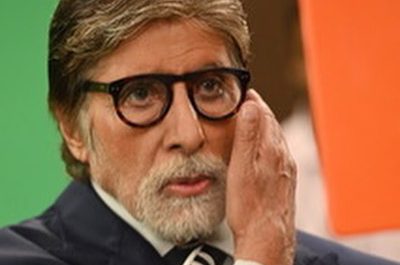 Superstar Amitabh Bachchan is unstoppable. Even at age 76. Not only does he sign up for back to back shoot schedules – he also makes sure he constantly updates his followers with all that’s going on in his life. The latest being the shoot-wrap for his upcoming film, ‘Gulabo Sitabo’.

Dressed as the ‘grumpy old man’ that he is playing in the film, Amitabh Bachchan shared photos from the sets of Gulabo Sitabo, further adding that he is now about to begin shooting for the next season of Kaun Banega Crorepati.  ‘A wrap on my film ‘Gulabo Sitabo’ .. a non stop well planned schedule .. now onto the next .. #KBC .. !!’, wrote Senior Bachchan on his post.

Gulabo Sitabo is Amitabh’s reunion with director Shoojit Sircar after their last super-hit film together, Piku, which also starred Deepika Padukone in the lead role. The latest collaboration is due for release in April 2020.