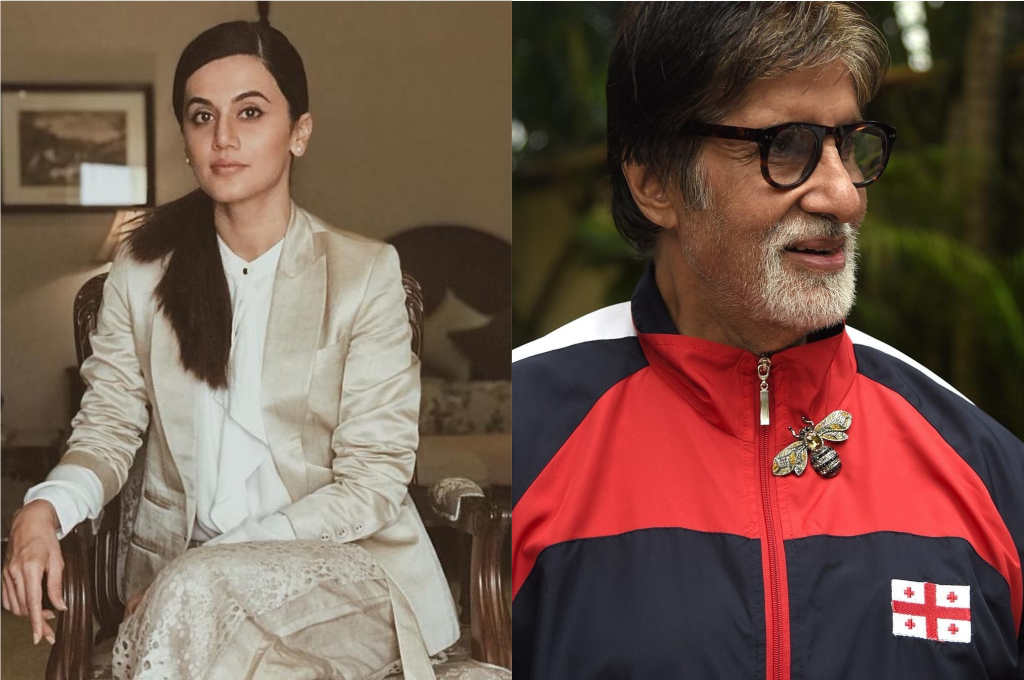 After ‘Pink’, Amitabh Bachchan & Taapsee Pannu To Reunite For This Upcoming Thriller

We have seen Amitabh Bachchan and Taapsee Pannu’s on-screen brilliance in ‘Pink’. And now, they are set to return the screens this March with the Red Chillies Entertainment film titled ‘Badla’. ‘Badla’ is a thriller film – set to release on 8th of March, 2019! ‘Badla’ went on floors in the second week of June, 2018. This was the first look of the film, release by none other than Bachchan himself.

What is known industry-wide as Sujoy Ghosh’s favourite genre, has now the acting prowess of Taapsee Pannu and Amitabh Bachchan. “When you are in safe hands of a brilliant filmmaker and an ace co-actor there is nothing to fear,” said Taapsee Pannu to an interview to IANS.

“This is going to be a riveting thriller. It’s Sujoy’s favourite genre and I am yet another time out of my comfort zone which I actually enjoy the most,” said Taapsee Pannu further in an interview to IANS. Talking about her relationship with Sr. Bachchan, “It was an honour to work with him. After all, it’s just my third Hindi film. But I wasn’t intimated at all. I was excited, yes. I am not crazy about any movie star.

Andddddd….. we are back!!!!!! 🧐 Even my own camera prefers to focus on him! #Rockstar #Badla #SujoyGhosh

When asked about her Pink co-star, Taapsee Pannu has always been effusive in praise. “Mr. Bachchan is an amazing and brilliant actor; everyone knows that. Yes, there was some pressure of performing well. I knew I have to be my best. I had to make sure I don’t stand out like a sore thumb in the frame with him and it may backfire. So I just decided not to think that I am acting opposite Amitabh Bachchan and just do my job. After that it was okay,” said Taapsee Pannu in an interview to IANS.

“Confined. Conscious and content. Until, the film releases. This is the life of creativity. Badla moves each day. Finally away from and distant from prosthetics and heavy costume armour,” Amitabh Bachchan had tweeted a while ago. Was he referring to his role as Khudabaksh in Thugs Of Hindostan? Or in the upcoming film Brahmastra? Well, one can only speculate.

WHAT AN HONOUR! #Pink with The Honourable President of India and then a dinner hosted by him, sitting right next to him 😱 #Unbelievable

With Pink winning several accolades, including the extremely prestigious National Award – the hopes are set high on this one too!

‘Badla’, which is the official remake of the 2016 Spanish film Contratiempo, aka The Invisible Guest is all-set to release on the 8th of March. We look forward to seeing the return of Taapsee Pannu and Amitabh Bachchan on-screen!

Simple Lifestyle Changes That Can Help You Lower Cancer Risk