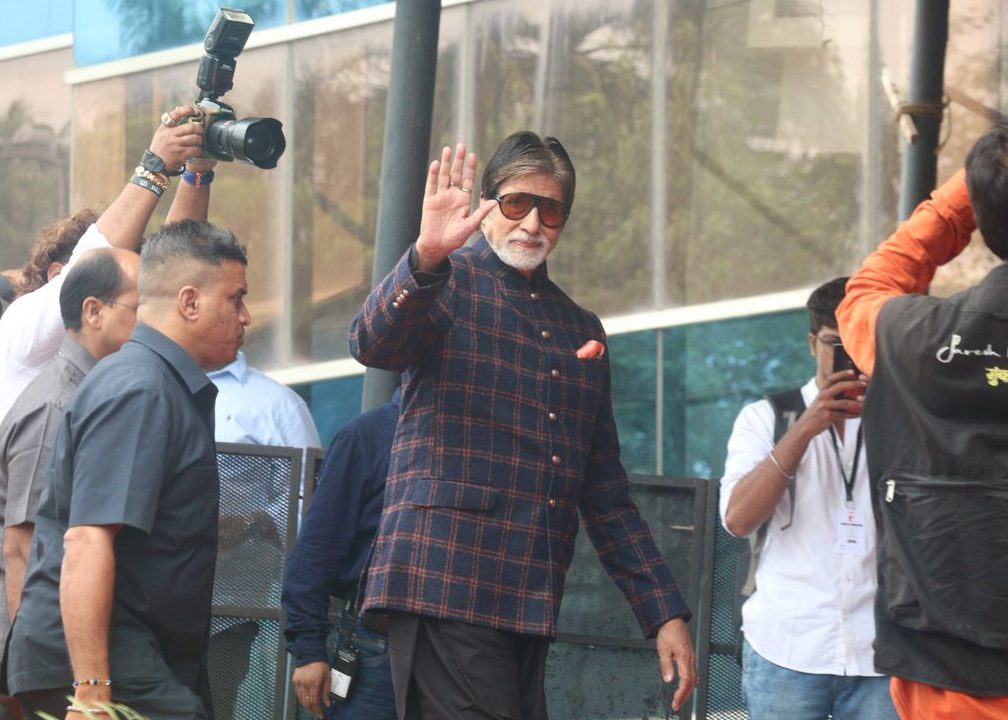 The first look of Amitabh Bachchan from ‘Gulabo Sitabo’ is out – where the actor is seen with a prosthetic nose, heavy make-up, and a scarf around his head. His look is like a caricature of a grumpy old neighborhood uncle one would imagine being judged by, on random occasions.

A post shared by Universal Communications (@universal_communications) on Jun 20, 2019 at 9:11pm PDT

As per reports, he is going to play a grumpy landlord in the film. Bachchan had tweeted about the experience of re-entering shoots. The caption read, “One done another begun… travel, location change, look change, crew change, colleagues change, city change .. and STORY CHANGE. From Lucknow today ‘GULABO SITABO’. AND THE LOOK ..!!! well .. what can I say .. ??” Check out his post-

Read: Amitabh Bachchan & Ayushmann Khurrana To Team Up For This Film

While earlier Bachchan was hesitant about sharing the first look with his followers, as he revealed in his blog – he was sure about the power of social media in finding it – he wasn’t wrong about it! Even though the look has not been shared by any official handle, it is out for everyone to see. A similar situation happened on the day he landed in Lucknow – before he could sink in the city’s atmosphere, there was a fan made video of him that a Twitter handle put out for everyone to see! Amitabh Bachchan wrote, “The world of instantcy (sic) .. before you realise it’s out and over … you find out from Twitter where you went and why !!!”

Can’t wait to work again with @SrBachchan after #Piku & @ayushmannk after #VickyDonor in our next film #GulaboSitabo set in the city of my ❤ Lucknow. Thrilled to be back again with my dream team @ShoojitSircar @ronnielahiri Sheel Kumar. Film releases this Nov. Yay!!😃

Gulabo Sitabo is the first time Amitabh Bachchan and Ayushmann Khurrana will be seen on screen together. The film is touted to be a quirky family comedy, and is slated to release on April 24, 2020.