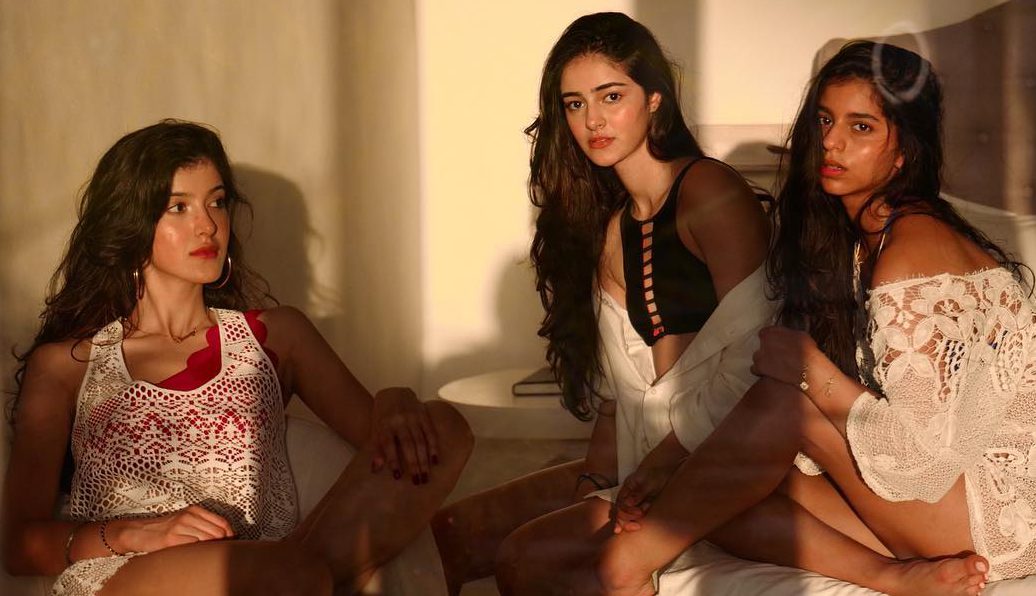 Suhana, Shanaya & I Have Dreamt Of Becoming Actors Since Childhood: Ananya Panday

After Sara Ali Khan and Janhvi Kapoor successfully debuted in ‘Simmba’ and ‘Dhadak’ respectively, Ananya Panday is soon to join the star kid debuts with her film ‘Student Of The Year 2’.

Read: Sanjana Sanghi To Ananya Panday: Bollywood Newcomers To Watch Out For In 2019

Ananya Panday told a leading daily that she wasn’t the only one among all the star kids, who is looking forward to joining the Indian film industry. Her closest star-kid friends, Shanaya Kapoor and Suhana Khan, both look forward to their debut in the industry soon! Shanaya Kapoor is daughter of Sanjay Kapoor, while Suhana Khan is daughter of Shah Rukh Khan. “It has been our collective dream to become actors. I hope Suhana and Shanaya join the industry soon because they both are so talented,” said Ananya Panday.

Ananya Panday says this isn’t an interest that stemmed recently, as they had shown signs from their childhood days of being star kids one day.

When we were young, during our family gatherings, we would put together shows and perform in front of our parents. Shah Rukh sir would record us on a handycam, and we would make short films out of them.

Read: After Janhvi, Cousin Shanaya Kapoor Is All Set To Make Her Big Bollywood Debut

Read: This Is The One Thing That Sets Navya Naveli Apart From All Other Star Kids!

While Ananya’s debut is around the corner, reports of Sanjay Kapoor’s daughter Shanaya Kapoor getting her big Bollywood break soon, have also emerged! She is planning to work as an Assistant Director on her cousin Janhvi Kapoor’s shoot of the Gunjan Saxena biopic. Suhana Khan has been seen acting in a number of plays for her varsity in London, where she is currently studying.

Watch the interview of the SOTY 2 cast here-