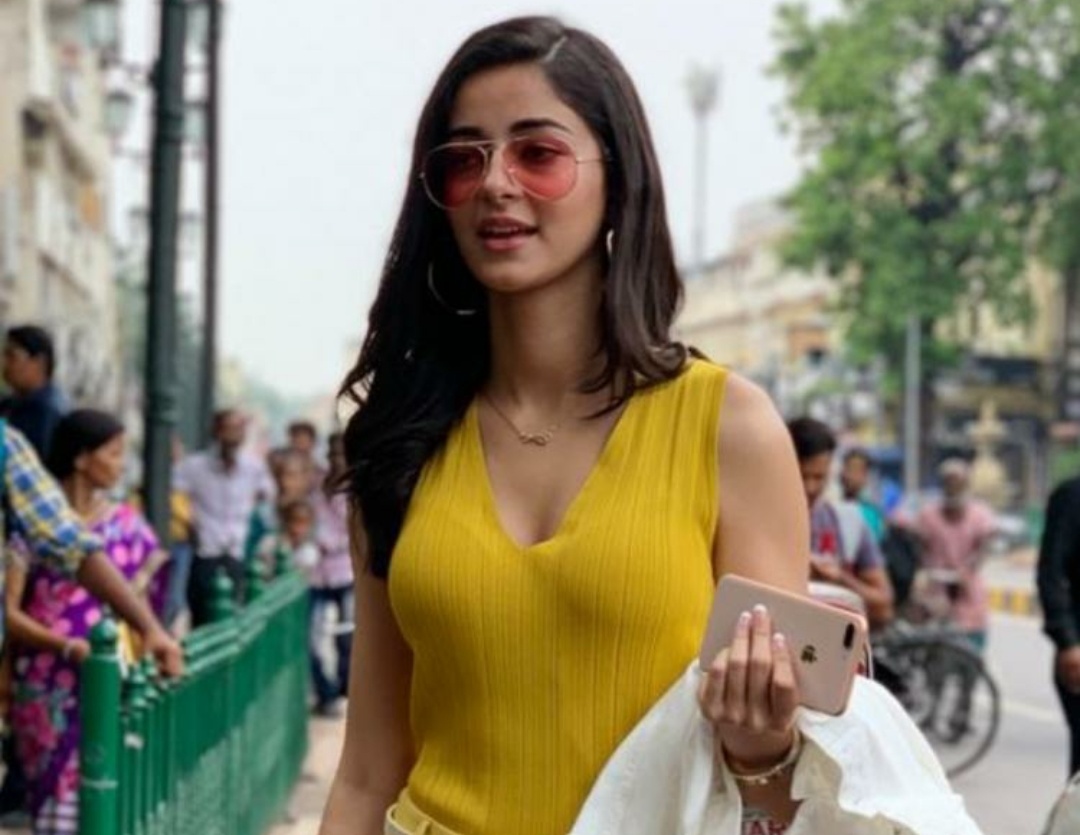 Ananya Panday will soon be seen in the remake of Sanjeev Kapoor’s 1978 classic Pati, Patni Aur Woh as the other woman; alongside Kartik Aaryan and Bhumi Pednekar.

Earlier, Kartik Aaryan was seen balancing himself on the edge of a building. ‘Chintu’ was seen sporting a moustache, dressed in a blue shirt and grey pants. Now, Ananya Panday’s look from the film has surfaced online.

Panday recently began her shooting schedule for Pati, Patni Aur Woh, and looked every bit of gorgeous in her new avatar. 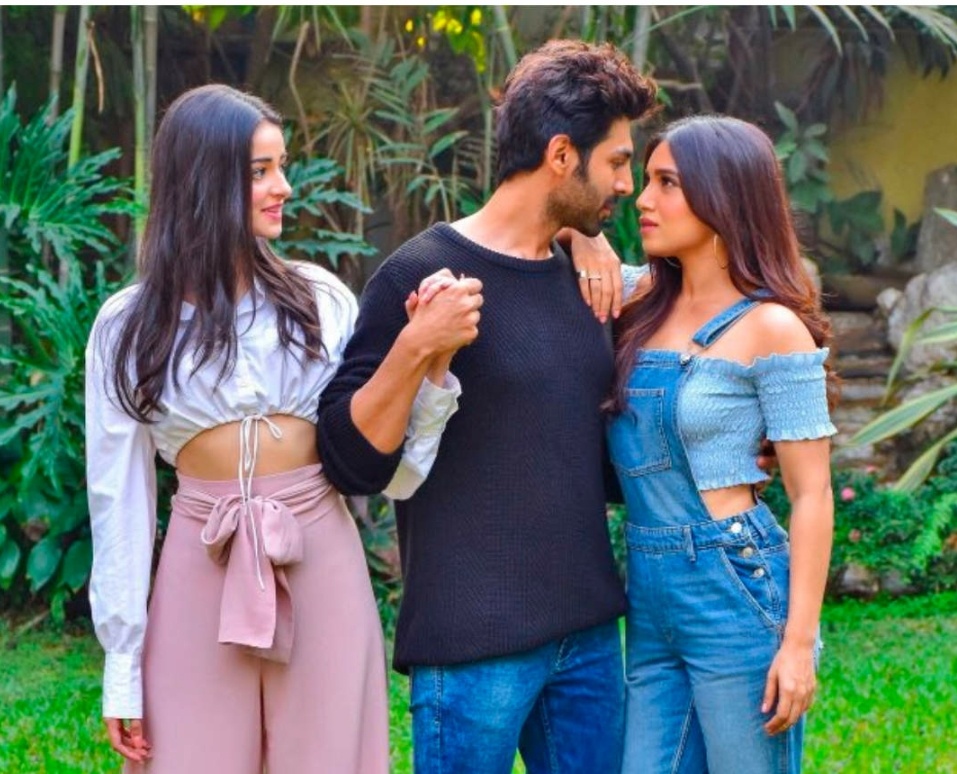 The plot of the film revolves around a married Kartik who falls for his assistant. Bhumi Pednekar will be seen as his wife, while Ananya Panday will be playing the role of Kartik’s girlfriend.

#ChintuTyagi 😎 . . Leaving behind one character… his world and getting into another character is painful yet a fun process. That's the perk of being an actor. You get to live so many lives in one life. #PatiPatniAurWoh ❤️🤫

Talking about stepping into the shoes of his character Chintu Tyagi, Kartik Aaryan took to his social media handle. He wrote, “Leaving behind one character… his world and getting into another character is painful yet a fun process. That’s the perk of being an actor. You get to live so many lives in one life.”

The Muddassar Aziz directorial is set to release on December 6, 2019.