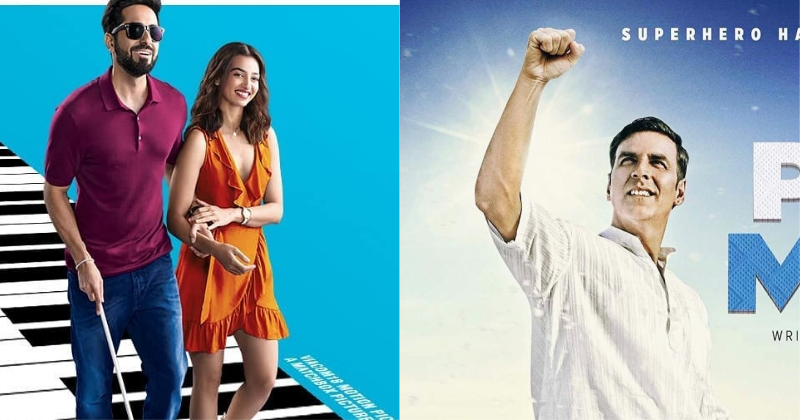 The year is nearing its end, and after the YouTube rewind that released last week – IMDb released a list of the top Indian movies of 2018. The film that topped the list, needless to say, was AndhaDhun! With a 9.0/10 rating and some great reviews by fans, it sure wasn’t a surprise for many. The Sriram Raghavan directorial won hearts at the box office, critical acclaim, and excellent ratings all in one!

Other films that were featured on the list included the R Balki directorial ‘Padman’, which was at number 6 in the list. ‘Badhaai Ho’ was also a surprise entrant in the list, doing extremely good numbers at number 5. Badhaai Ho beat Padman by a close margin of just 0.1 in the ratings, thereby justifying the different ranking.

Another surpise in the list was ‘Stree’, which is at number 8 in the IMDb ranking, has a rating of 8.1. A supernatural comedy that brought up an entirely new genre of films into the Bollywood sphere, definitely deserved a mention. Clearly, this was the year at the box office which had some great new content and excellent acting triumphing over everything else.

At ranks 9 & 10 were the movies Raazi and Sanju respectively, which also were praised for their intense scripts and excellent performances by the currently dating couple Ranbir Kapoor and Alia Bhatt in both their films. What a great year for cinema, and for Bollywood too!