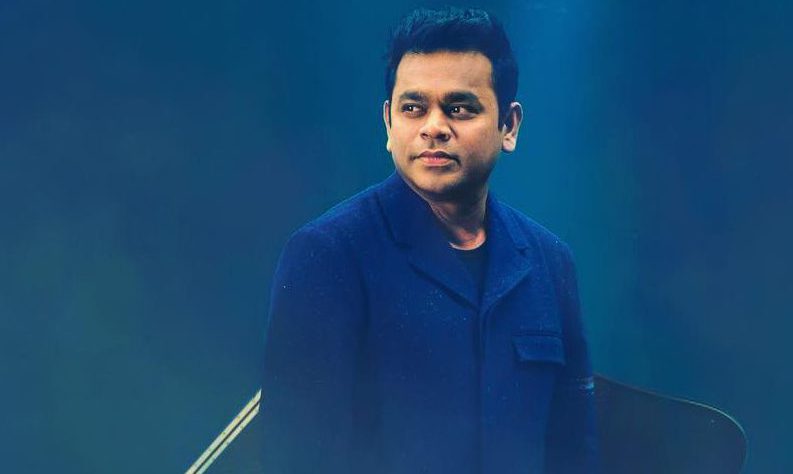 Allahrakha Rahman, better known as AR Rahman is the music composer whose works we all are familiar with. His music tugs at the strings of our heart, and makes us dance with joy. It gives us much-needed strength in times of need, and at other times, even gives us goosebumps!

The way he so beautifully arranges the musical notes of Indian classical instruments and still somehow manages to create music that is contemporary in every way, is just beyond our comprehension. But why attempt to even decode the magic that is the musical prowess of AR Rahman, when you can just appreciate it in all its glory?

Here are 25 of his best songs, in no particular order. So, sit back, relax, and unwind and marvel at the musical maestro that is AR Rahman!

The most iconic song, and entire album, that Bollywood ever stood witness to; Chhaiya Chhaiya will always give us the feeling that we’re on a train riding somewhere in the midst of the mountains. How many times are you guilty of listening to it?

This beautiful composition portraying the ageless dilemma of love – who could have captured this feeling and the essence better than AR Rahman?

If Lagaan was a movie to be remembered, Rahman’s music surely deserves a special mention for making it so! Mitwa is just the tip of the iceberg, Lagaan‘s entire music score will remain etched deep in our memory for ever.

The mystic, sensuos vibes that this song gives are just so classic Rahman – nothing comes close to bringing to life the feeling of love!

One of the more recent tracks, Maahi Ve from Highway is a must-listen if you’re a Rahman fan! Sung by the musical maestro himself, the song is basically a summary of the whole movie in a single track.

Devotional or spiritual, lyrical or musical – AR Rahman is the master of all kinds of music! And what better to prove it than Khwaja Mere Khwaja from Jodhaa Akbar? If this doesn’t give you goosebumps, nothing will.

Sometimes, it’s the simplest of stories told through the most raw tunes, that create the kind of music that goes straight to your heart’s core! And the Guru soundtrack is precisely that – just Rahman at his finest.

Who says all of Rahman’s works have to be serious or spiritual? Tracks like Masakalli just prove beyond doubt that the gift of music isn’t ever limited to a genre or type – which holds specially true for Rahman!

Ever wanted to capture the essence of a magical, starry night into words; but struggle to do so? This song from the movie Thakshak does exactly that, and effortlessly so!

This composition captures most beautifully the essence of man’s primary and biggest fear – the fear of being left alone. And also offers a simple solution! If only we could understand life as simply as these tunes.

Another Sufi masterpiece, this track will take you to the Haji Ali shrine and back, simply with its tunes! Listen to this when you want that much-needed peace of mind from the world – and you won’t end up disappointed.

AR Rahman’s music in Swades will bring out the patriot within you, and your eyes will well up with tears every time you listen to this composition. This track guarantees exactly that – the feeling of oneness with our beloved country that is India!

When the feeling of unconditional love for another person isn’t enough to capture in a single word or sentence, this song is your way out. Tamasha is brilliant in every right, and this rings true in the minds of every person who has heard this song ever.

The entire Rockstar soundtrack was replete with raw emotions and gut-wrenching thoughts. Every song was complete in itself with a message – an entire school of thought encapsulated in a matter of minutes. And Kun Faya Kun is just testimony to this!

Saathiya and AR Rahman fit together like two pieces in a puzzle, as is proved by the entire music score of the film. If only there was more music in Bollywood that could stay this socially relevant, timeless, and ageless!

This track captures the essence of Ranjhanaa perfectly – the longing or the pining for a loved one irrespective of everything else. Tum Tak is a track that has been on repeat on our playlist since forever, and shows no signs of getting replaced!

The paradox of life is brought down and reduced to the simplicity that is this music track. Because what is life if it isn’t for love?

Rahman’s music makes something as mundane as the oncoming of a new season seem so bright and colourful! We anticipate every Rahman song with equal fervour, but there’s just something about Sukhwinder Singh’s voice and the unique composition that gets our hearts racing.

Whenever we listen to this song, it feels as if we’re a toddler looking at the world in a new light! There’s a certain newness, yet a familiarity that comes with the Roja soundtrack, and Yeh Haseen Vadiya stands perfect testimony to that.

21. So Gaye Hain from Zubeidaa

The power of music over our senses could not be better illustrated than with this classic from Zubeidaa. When you listen to So Gaye Hain, you are able to put yourself in the exact situation that the film visualized.

Because when you’re in love, the world goes round and everything seems like its meant to be – and of course, there is music even in the silence as told by Khamoshiyaan Gungane Lagi!

Rahman’s music is beautifully versatile, dynamic, and adaptive – and that is essentially where the beauty of it lies! The power of the youth fuelled by the spirit of the nation is what Khalbali is all about. And so are the rest of the songs from Rang De Basanti.

AR Rahman often leaves his fans in a fix – how can a single composer make an individual feel so many different things at the same time through simply arranging the musical notes in different ways? The OK Jaanu title song is precisely this awestruck feeling.

This song teases and flirts with your mind; coquettishly suggesting and hinting at references, but still leaving room for thought. Chinamma Chilkamma and Sukhwinder Singh’s timeless voice make this a classic Rahman number!

Not Riteish Deshmukh & Sidharth Malhotra, These Two Actors To Clash In ‘Ek Villain 2’

AT&T Launches New Headphones In India, Right In Time For The Festive Season