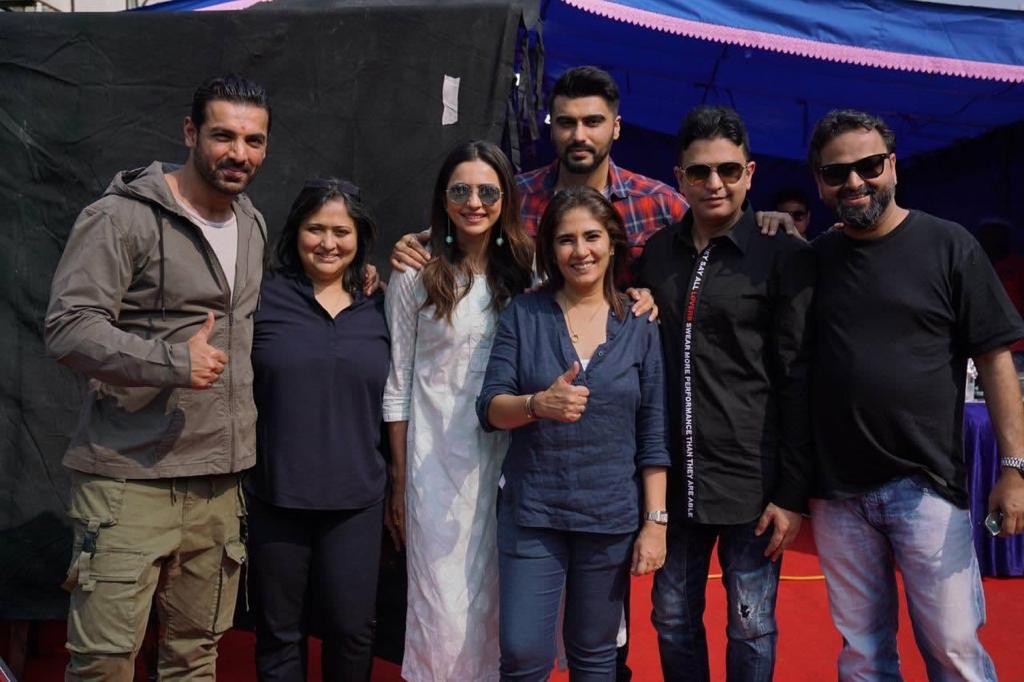 Arjun Kapoor and Rakul Preet Singh are set to team up for the first time for a yet-to-be-titled dramedy.

After joining forces in Batla House, Satyameva Jayate and it’s already announced sequel, Bhushan Kumar, Nikkhil Advani and John Abraham are collaborating once again. The trio will be producing this yet untitled film.

Reportedly, the film will be shot extensively in Punjab and Los Angeles.

“I have grown up in a joint family and I know that it is the greatest source of love and support. Rakul Preet is a great co-star and I am excited to work with her,” Arjun Kapoor was earlier quoted as saying.

Varun Dhawan Enjoys Another Fan Moment With A WWE Star, Find Out Who