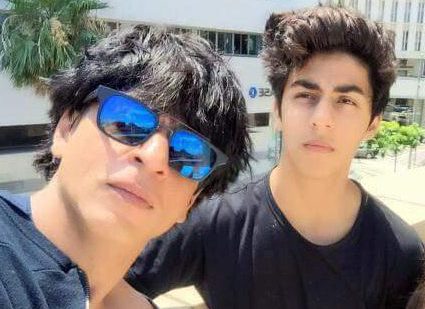 As star kids continue to pave their way through to Bollywood, another one has taken to the business in his own way! Aryan Khan, son of Shah Rukh Khan, will be dubbing for the role of Simba in the Hindi version Disney’s upcoming live action film ‘Lion King’.

Glad to be a part of this journey… a timeless film. Voicing it in Hindi with my own Simba. The last time we did a film was around 15 years ago and it was ‘Incredible’ and this time around its even more fun. Hope everyone enjoys it 19th July onwards. #TheLionKing @disneyfilmsindia

Shah Rukh Khan will lend his voice to the character of Simba‘s father – Mufasa – for the film’s Hindi dubbing. Donald Glover and James Earl-Jones have lent their voices to the English edition of the film. Lion King will release worldwide on July 19, and will see a multilingual release in India in the languages Hindi, Tamil, and Telugu. This is not Aryan Khan’s first outing as a voice over artist, as he has previously lent his voice to the character of Dash in another Disney’s The Incredibles, which was also dubbed in Hindi. Shah Rukh Khan had also given his voice to the Hindi version of the same film.

Ready for the match with the spirit of #FathersDay. Go India Go!!

Shah Rukh Khan had also shared a picture with Aryan Khan on the occasion of Father’s Day on June 16, wherein they both could be seen cheering for Team India in their own unique way! The father-son duo had donned blue colour jerseys to support Team India, and instead of their own names on the back – the jerseys had ‘Mufasa’ and ‘Simba’ written at the back.