International Indian Film Academy Awards (2020) has postponed its three- day awards ceremony at the end of March due to Coronavirus outbreak fears, the organiser confirmed. 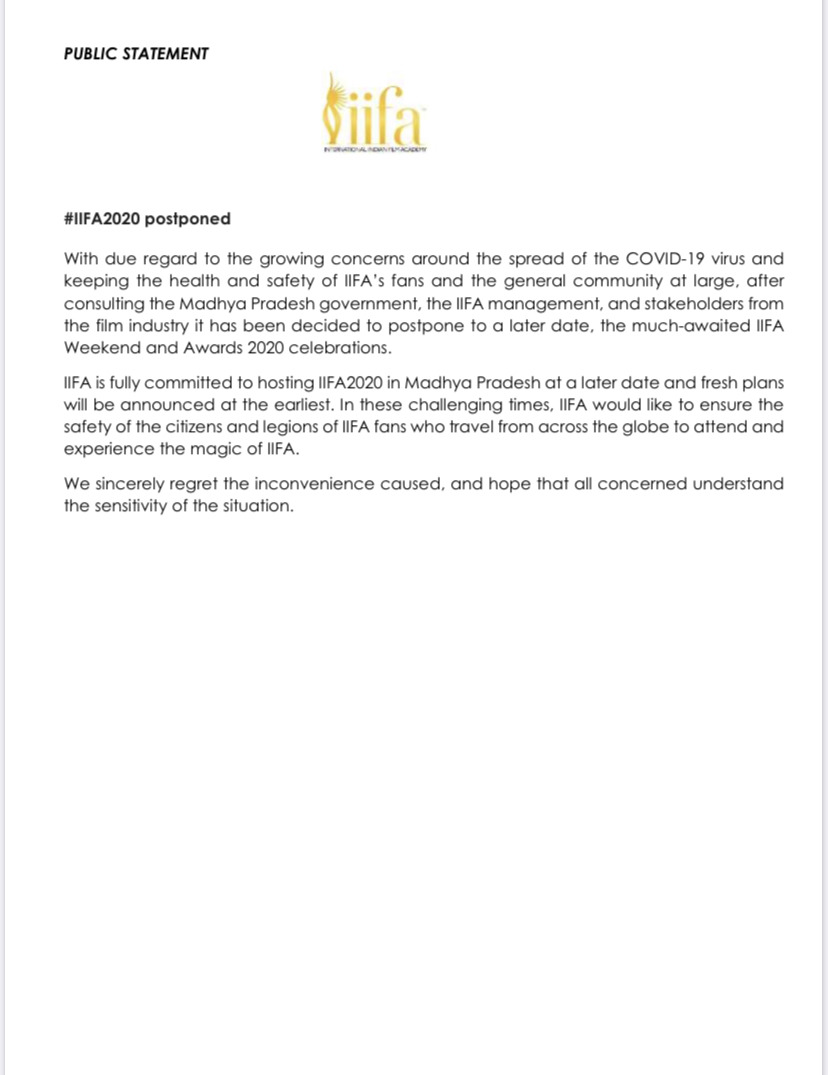 “With due regard to the growing concerns around the spread of COVID-19 virus and keeping the health and safety of IIFA’s fans and the general community at large, after consulting the Madhya Pradesh Government, the IIFA management and stakeholders from the film industry, it has been decided to postpone to later date the much-awaited weekend and awards 2020 celebrations,” said IIFA organisers in a statement on March 6th.