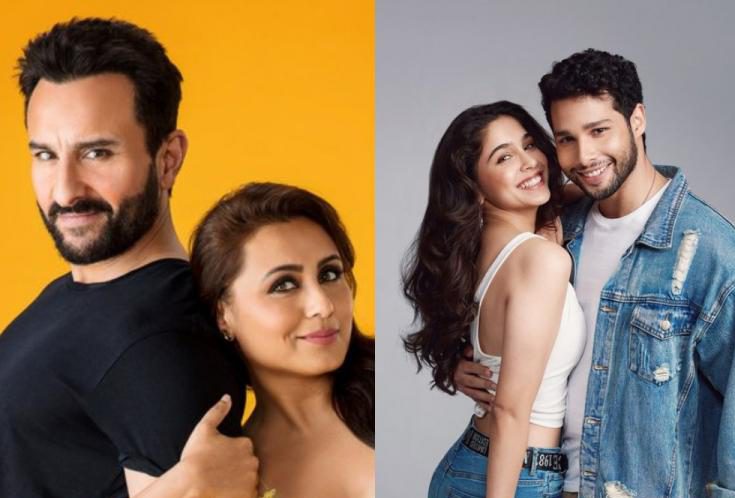 Not Abhishek Bachchan and Rani Mukerji, ‘Gully Boy’ actor Siddhant Chaturvedi and Yash Raj Film’s newest debutante Sharvari Wagh will make an appearance in ‘Bunty Aur Babli 2’. The sequel will also star Saif Ali Khan and Rani Mukerji in lead roles. And now, the release date of the film has finally been announced.

Rani Mukerji gave an official statement, giving the reason behind Abhishek’s absence from the film. She said, “The original Bunty Aur Babli got tremendous love and appreciation from audiences, and it is their love that has made YRF decide to make the sequel. Abhishek and I were both approached by YRF to reprise our roles as the originals in Bunty Aur Babli 2 but, unfortunately, things didn’t work out with him, and we will miss him dearly. As a team, we are so happy to welcome Saif. I have lovely memories of working with him, and I’m really looking forward to creating something new and exciting with him in Bunty Aur Babli 2.”

The sequel will be set in today’s day and age, taking a time leap of nearly 10 years. The story line will, however, still be based on the con-couple. Bunty Aur Babli 2 is slated to release on June 26, 2020.