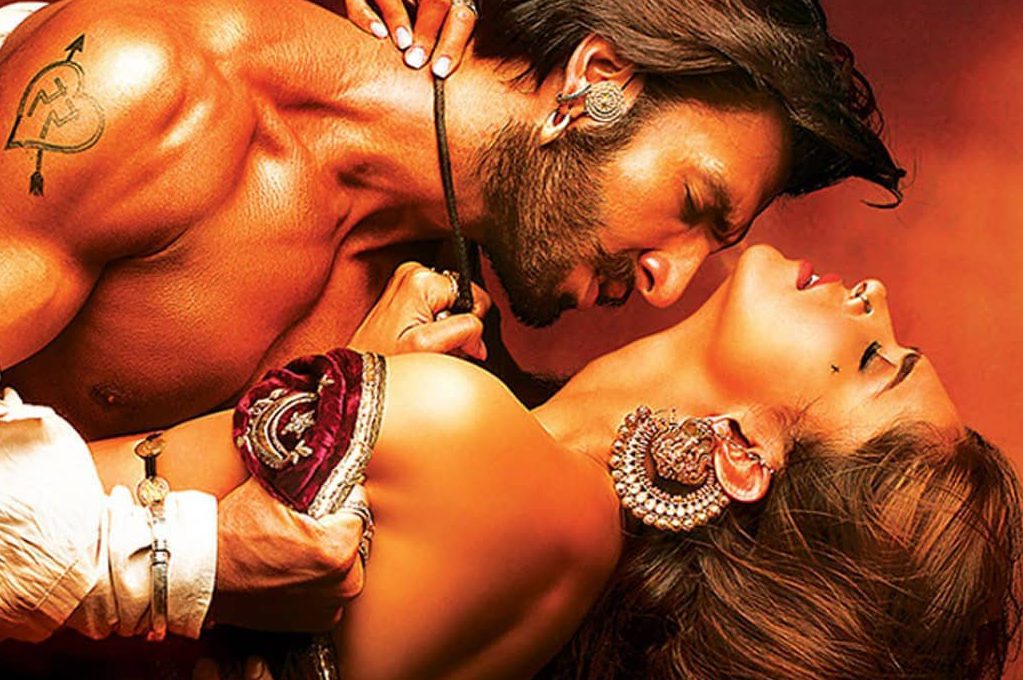 Love makes us warm inside but weak in the knees. Love makes our heart beat faster. To call it ‘crazy’? I have never had a taste for understatement. And to define it in a single word? I don’t know.

But hey! B-Towner’s seem to know all about “Ishq wala love” and everything there is about this fuzy feeling! After all, love stories never go out of fashion in Bollywood. Reel-life gives us hope but it’s the real-life love stories that inspire us the most. To have our silver screen stars involved in the same? That gives us the faith!

Not just Ram and Leela, we knew we wanted to unite Deepika Padukone and Ranveer Singh ever since we witnessed their sizzling chemistry for the first time. And by finally tying the knot on November 14, they basically broke the World Wide Web.

The movie that started it all, Ranveer and Deepika got to know each other and fell in love on the sets of Ram-Leela!❤️ @ranveersingh @deepikapadukone #RamLeela #DeepVeer #Bollywood

Back in 2012 and in complete Bollywood style, it was love at first sight for the hero. Ranveer Singh first saw Padukone at the Zee Cine Awards in Macau, a day he remembers till date. She looked absolutely sizzling that day in a silver dress and a glance was all it took for our boy.

The very same year started an onscreen romance of this very adorable couple.

Special attention to the caption, guys. Who knew they would go on to star in two more Bhansali movies, and as they prepared to swoon us yet again, we had already pictured them ‘together’ as the most iconic silver screen couple.

Bhansali’s love saga did have a few casting related troubles before it went on to release in 2013, with Ranveer as Ram and Deepika as Leela. But jo hota hai ache ke liye hee hota hai is something we’d like to believe. With rumours afloat, Ranveer in an interview revealed “I can’t stop people from jumping to conclusions. We grew close on a personal level during the filming of Ram Leela and I look forward to working with her in Bajirao Mastani.”

A super hit at the box office, this was also one of the highest grossing films that year. We believe 2013 was a very lucky year for Deepika. With back-to-back blockbuster films like Race 2, Yeh Jawani Hai Deewani, Ram Leela, Chennai Express and Ranveer dropping by on the sets of Finding Fanny a couple of dozen times, that’s got be true. And for the real fans, those who have seen this movie, reports say Padukone had no idea of his cameo role. Ranveer also visited Deepika on the sets of Happy New Year in Dubai, and WE WERE SURE SOMETHING WAS COOKING!

On 8th January, Farah Khan hosted a star studded birthday bash where our mischievous Romeo Ranveer was seen being his playful self. Spotted leaving the party together, Deepika walked ahead, but Singh not so far behind followed her with a flower he had just pulled out from a decoration bouquet. After which he walked the Piku star to her car.

This year at the Zee Cine Awards, the couple was seen setting the stage on fire by dancing to their songs. They looked sizzling together!

This time Deepika was spotted doing the travelling to spend time with bae while he was shooting in Barcelona on the sets of Dil Dhadakne Do.

Talking about what happened in 2015, for us as love commandos and them as the totally in love love-birds, do you remember Arjun Kapoor hosting an event with Singh? During which Arjun said to Ranveer, “woh dekh Deepika”, and our boy replied “Tab se wahin dekh raha hu”. He has never shied away from a little PDA, which obviously didn’t end here. As Deepika got on the stage to accept an award, he got down on one knee and went on with a romantic poetry. And while he was on his business singing, a fan from the crowd screamed, “I love you, Deepika!” to which Ranveer replied, “Take it easy bro!”.

So cute! They never had to confess, we always, always knew.

They basically confirmed all the rumours when they walked out hand in hand from the Ambani bash.

They gave us ‘Padmavat’, and just when we couldn’t be happier, for us or for them, we weren’t quite sure… THEY DROPPED THE BOMB! They were getting married, they said. And our heart? It did a thousand somersaults.

Spend Less And Enjoy More In These 6 European Countries

Deepika Padukone-Ranveer Singh Married! Here Are All The Exclusive Details