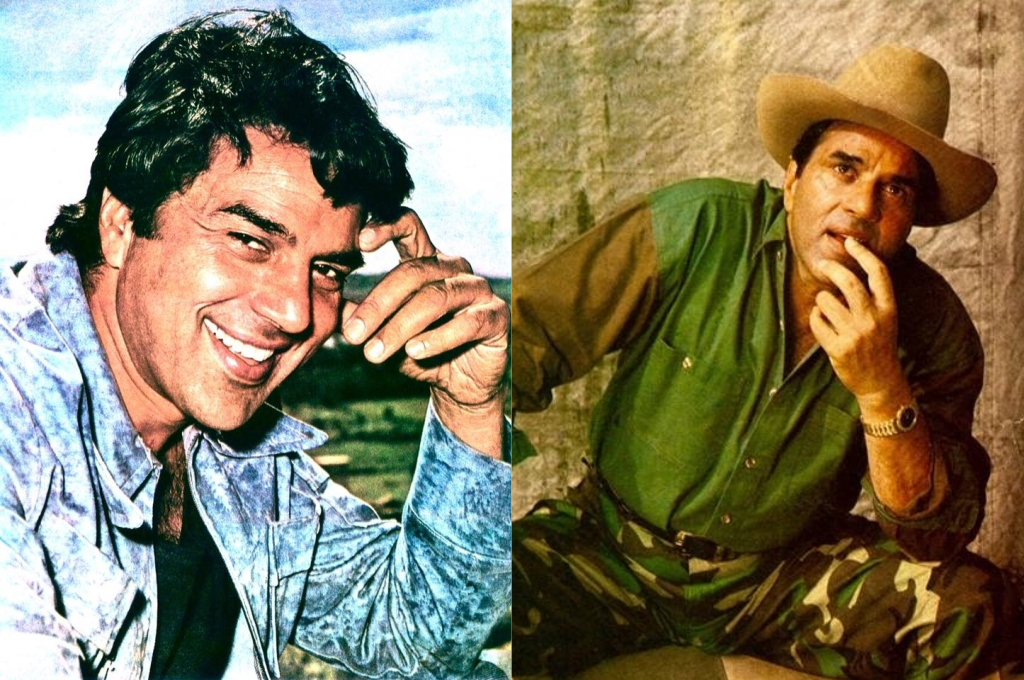 ‘Tum pukar lo, tumhara intezar hai’ – whenever I hear this soulful song from ‘Khamoshi’, I cannot help but think about ‘the man in silhouette’ singing the song. Never once is his face shown, but you can gauge he is fit and good looking, well the man in question is Dharmendra, Hindi Cinema’s first Iron Man, as he is often called. 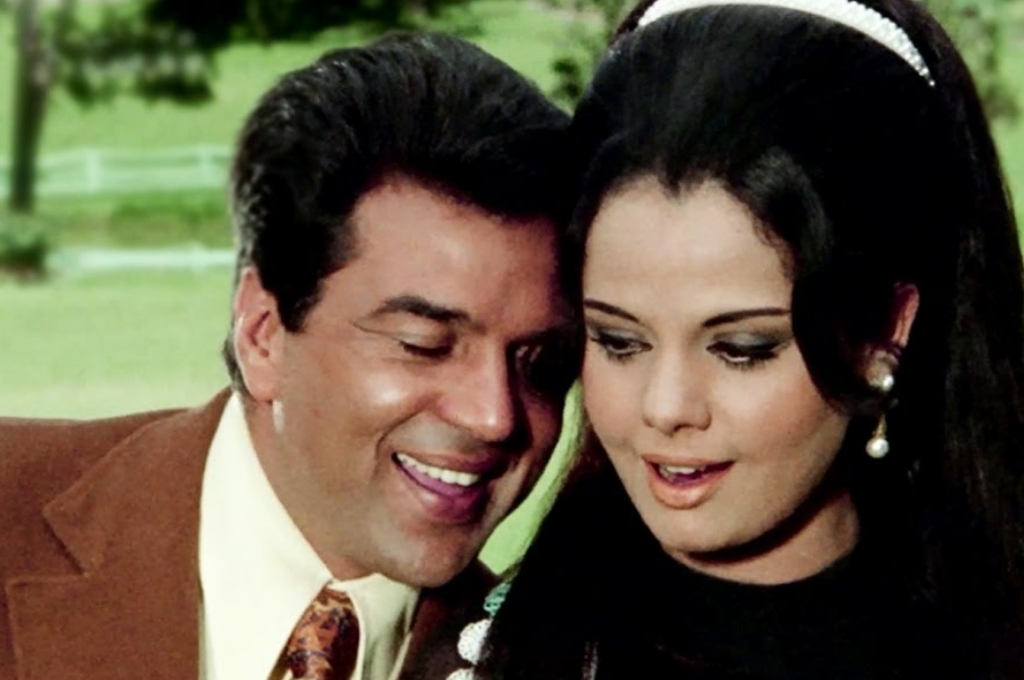 My introduction to Dharmendra came through the various Mohd Rafi songs which played out often in our house, thanks to the ‘die hard Rafi saab fan’ – my father. So from aaj mausam bada baiman hai to main kahi kavi na ban jaaun, to watching his many films at the theatre and those that played on Doordarshan – I’ve witnessed it all.

Though the epithet Garam Dharam stuck to him – think back to all those dialogues “kutte mein tera khoon pee jaaunga” – his vast filmography, however, was anything but restricted by just action films.

From action to romance, comedy to social dramas, he played hero and anti-hero with the same ease, a complete actor, whose stardom transcended labels and genres.

His Big Break In Bollywood 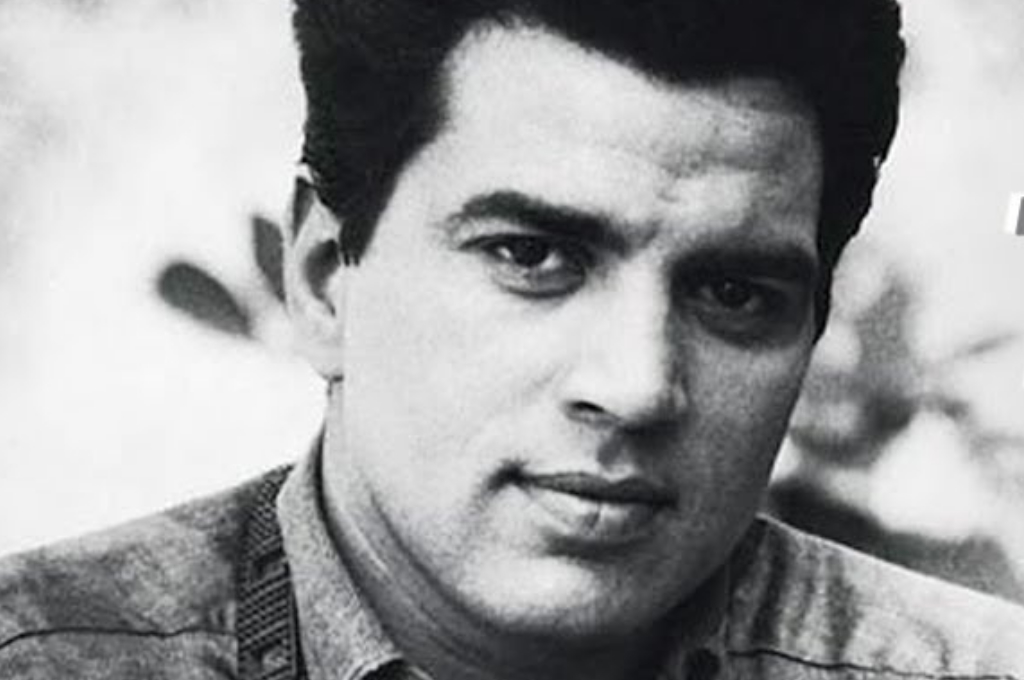 Dharmendra’s love affair with films began soon after watching Dilip Kumar’s Shaheed in his village in Punjab. “I was enchanted by this world”, he said to me. “I was curious who are these kings and fairies”.

In 1957, it was through a talent contest, that he got his break with Bimal Roy’s Bandini, but we cannot say the rest is history.

The young aspiring actor, who went unrecognized at the premiere of his first film, Dil Bhi Tera Hum Bhi Tere – thought maybe movies were a bad call, after all. His big break, however, came with Phool Aur Pathar. That was also the audiences introduction to the ‘muscled, well toned body’ of the Jat from Phagwara, as he ripped off his shirt.

“People called me Shaka for the longest time post that film”, said Dharmendra , “this is success, when an actor is identified with his character”.

His Experiments With Roles 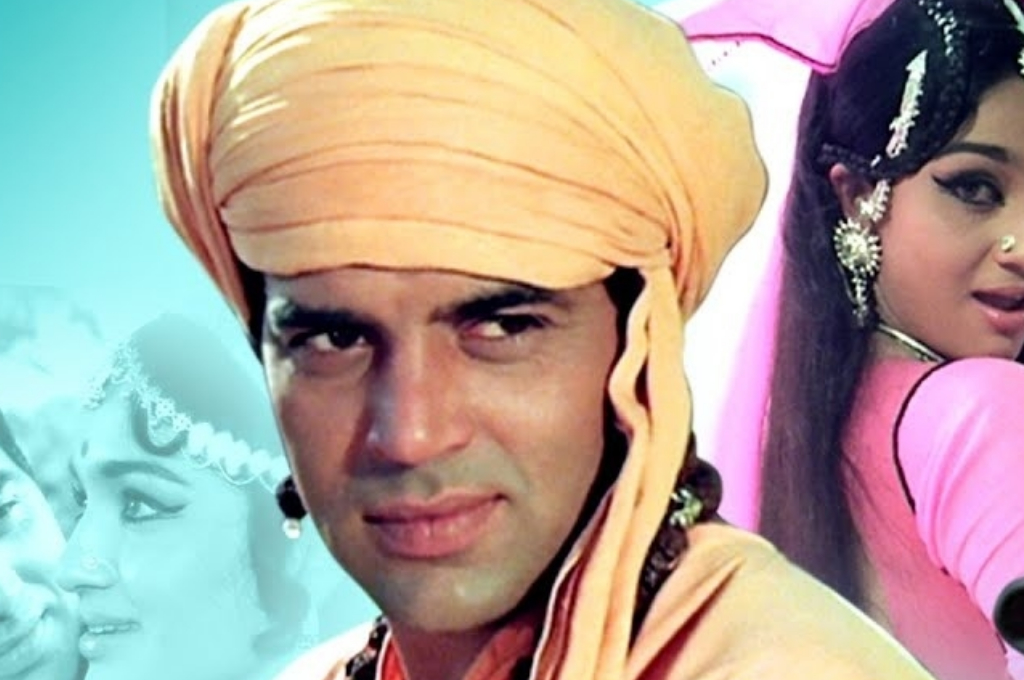 Admitting, all he wanted was a Fiat car and a flat and lots of films to work in, Dharmendra didn’t shy away from playing the antagonist either. Films like Aee Milan Ki Bela and Mera Gaon Mera Desh saw him play the anti-hero.

“You know I was scared after I played those characters, thinking it was career suicide, but you won’t believe it – I received so many letters from young women, it was a great boost for my ego”.

“You were the face of what we like to call ‘alternative cinema’ these days”, I asked him, rather star-struck, since he is a treasure trove of stories.

“I was lucky to get a variety of roles, they were conceived so well. Also method acting is easy, but in my case, I just managed to delve into those characters and I didn’t make any undue effort”.

The Charmer That He Has Been 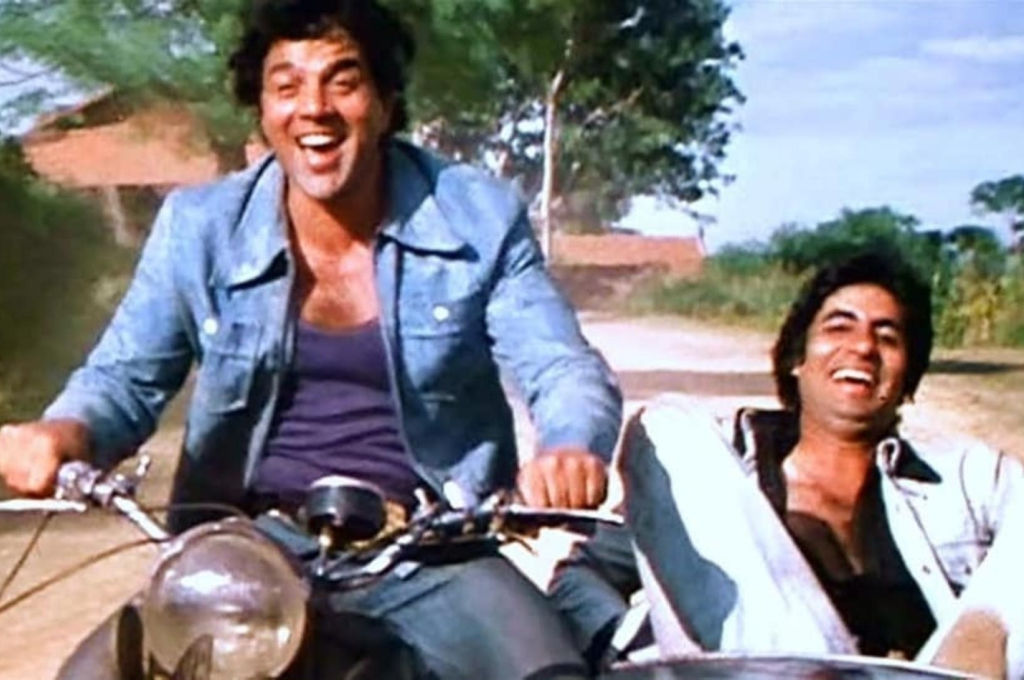 Not one to be boxed into any genre, his comic timing with Amitabh Bachchan in Sholay as Jai-Veeru and in Chupke Chupke, proved his flair for comedy.

As he wooed his leading ladies – from Vijyantimala to Sharmila Tagore, it was of course his onscreen pairing with Hema Malini which scorched the screens. The two starred in over 28 films together and their subsequent marriage in 1981 was nothing short of a controversy.

He turned to film production in the 80’s launching his son Sunny in Betaab (1983) and Bobby with Barsaat in (1995), and though his cinematic outings are few and far in between; he sadly, despite his six-decade-long career, was never given his due by the industry.

When I asked him, in an interview years ago, if he felt bad, he responded with a smile,”I have stopped thinking about dues milne chahiye ya nahi, I don’t care, the biggest thing in the world is love and I got plenty of that from the audience and that nurtures me”.