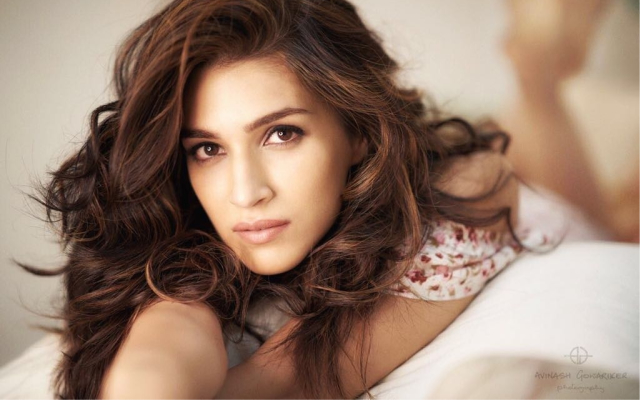 Kriti Sanon, who is gearing up for the upcoming film ‘Mimi’, feels excited to be a part of a project that revolves around her character primarily. “It’s one of the most beautiful scripts I have heard”, the actor adds in conversation with ‘GOODTIMES’.

“As an actor, it’s sort of helped me discover myself in a lot of ways”, says Kriti Sanon as she continues to talk about her character who’s an aspiring actor but finds herself as a surrogate.  “When everyone comes together to make the film with equal amount of passion, what you shoot actually ends up becoming better than what you read on the script, it’s a great feeling.”

Mimi, starring Kriti Sanon, Pankaj Tripathi, and popular Marathi actor Saie Tamhanar in the lead, is reported to be the official remake of National Award-winning Marathi movie, Mala Aai Vhhaychy. The 2011 release revolved around how foreigners are opting for young Indian women for surrogacy.

In Conversation With Kriti Sanon!

Watch the video to find out what's in Kriti Sanon 's bag and what's her upcoming film #Mimi all about!