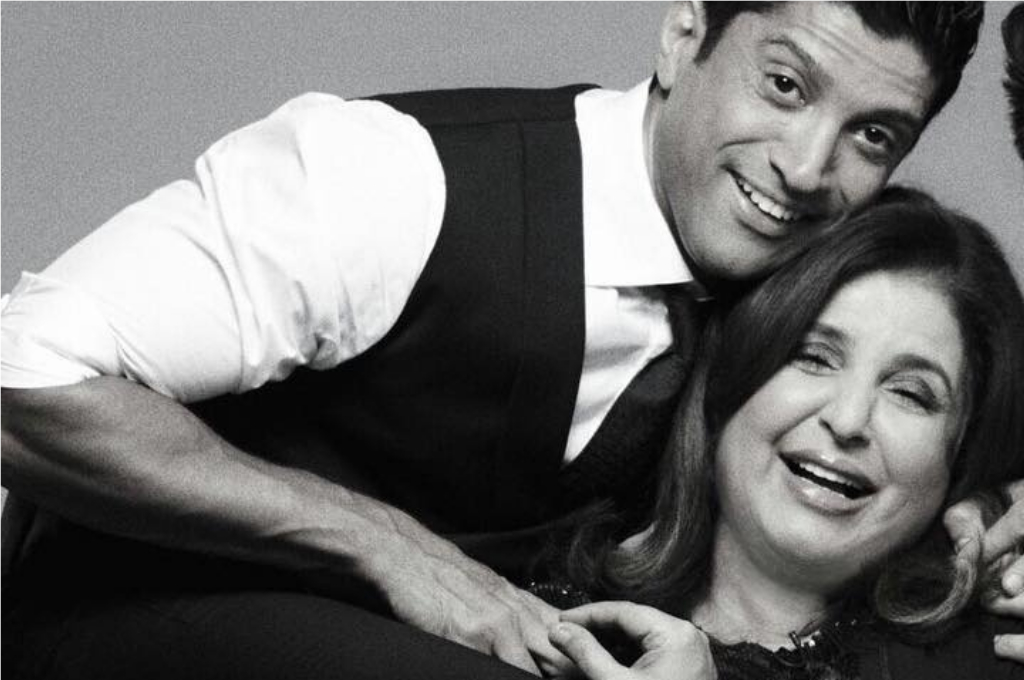 The enterprising cousins who wear and juggle many hats – from directing films, acting in them to of course, making people dance to their tunes. They are vintage Bollywood, films are in their DNA – yes, we are talking about Farah Khan and Farhan Akhtar! 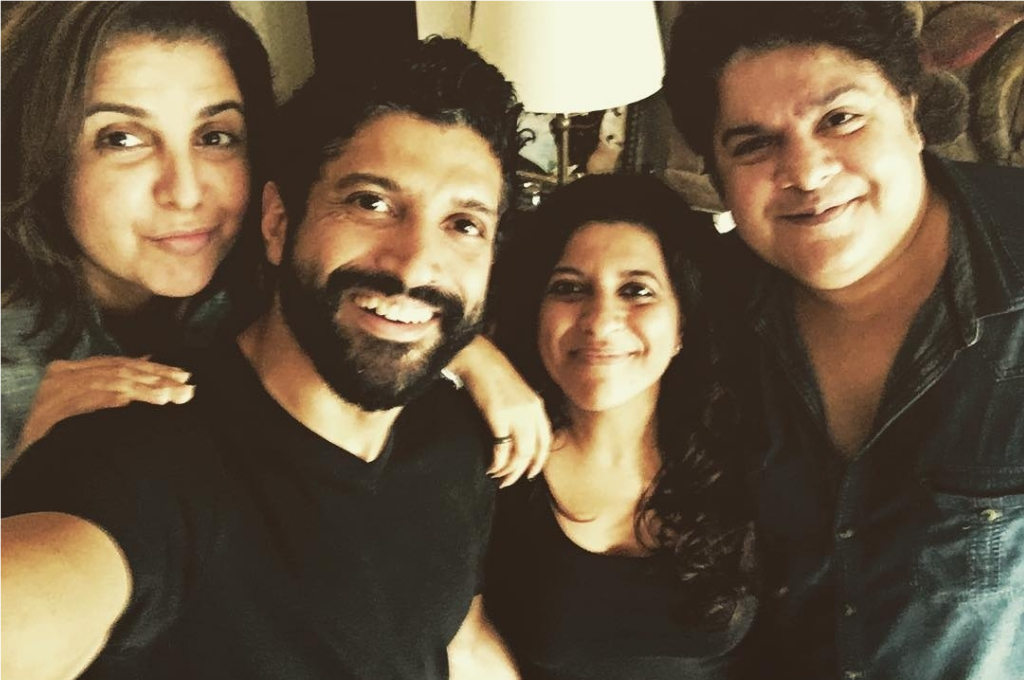 The two, related to each other from their maternal side – their mothers are sisters – are similar at some levels, but very different at another.

Not many know that Farah aspired to be a director like her father Kamran Khan, who had fallen onto bad times after suffering losses. Having observed the frivolity of the industry up close and personal, Farah wanted to be part of it. “It’s something that’s in my genes”, she said. 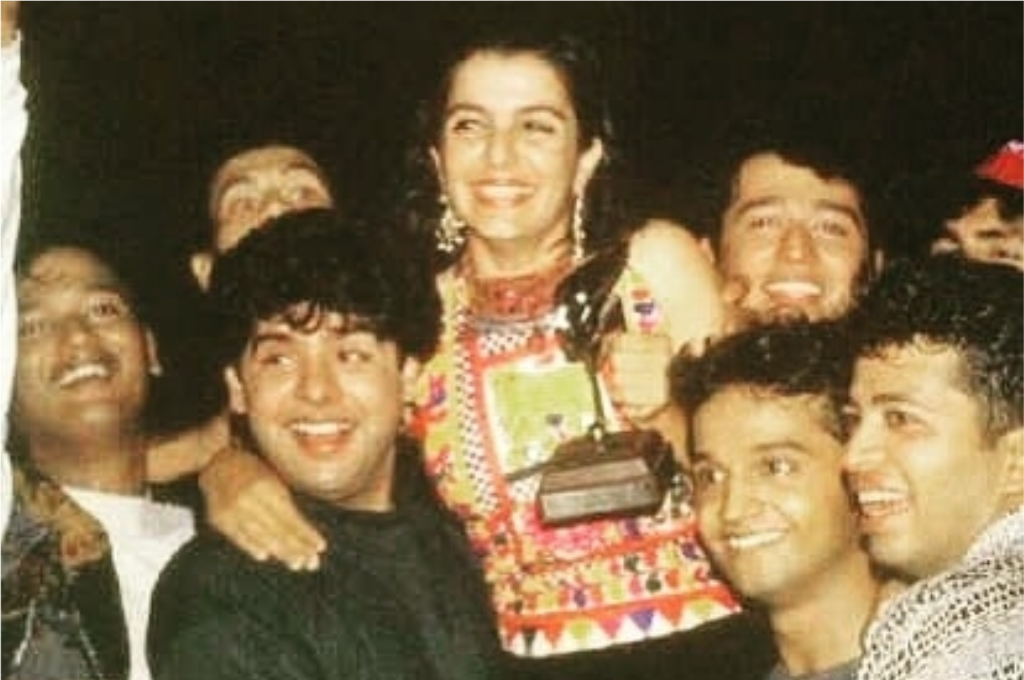 Assisting Mansoor Khan on Jo Jeeta Wohi Sikander, she was asked to choreograph Pehla Nasha, as Saroj Khan, the chief choreographer of the film, was unable to make it; and the rest, as they say is history. The song was a hit and the Pehela Nasha moves were a rage. Bollywood welcomed a new choreographer, who was fresh, in sync with the mood and not about pelvic thrusts and acrobatic moves in the name of dance.

Not a trained dancer, Farah brought in freshness. If there was King Khan bouncing on top of a train, singing Chhaiyan Chhaiyan, there was also Hrithik Roshan doing his signature move in Ek Pal Ka Jeena – the moves that remain synonymous with the actor. 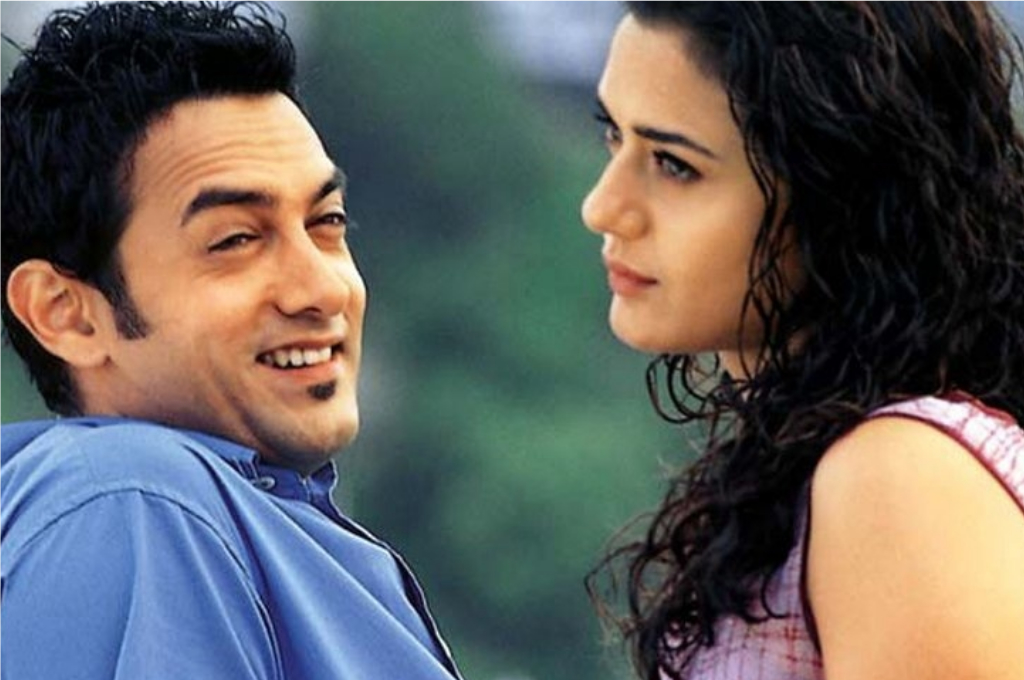 As Farah was making top stars dance to her tunes, cousin Farhan Akhtar made his directorial debut with Dil Chahta Hai, a film that was regarded as a game changer, a trendsetter. The ‘bromance’ between Akash, Sameer and Sid brilliantly played by Aamir, Saif, and Akshaye – redefined friendship in Bollywood. The boys and their messed up love lives, their issues and aspirations, found an instant connect and continue to do so, till date.

From dialogues like “hum cake khane ke liye kahin bhi jaa skate hain”, to a stag getaway to Goa, the DCH boys were as real as they could get. Farhan, who also wrote the script, roped in father Javed Akhtar for the lyrics of the chart-topping soundtracks. And cousin Farah choreographed the moves – remember Wo Ladki Hai Kahan, an ode to Hindi film songs down the years; or Jaane Kyun, where Aamir and Priety bring out their own definition of love?! 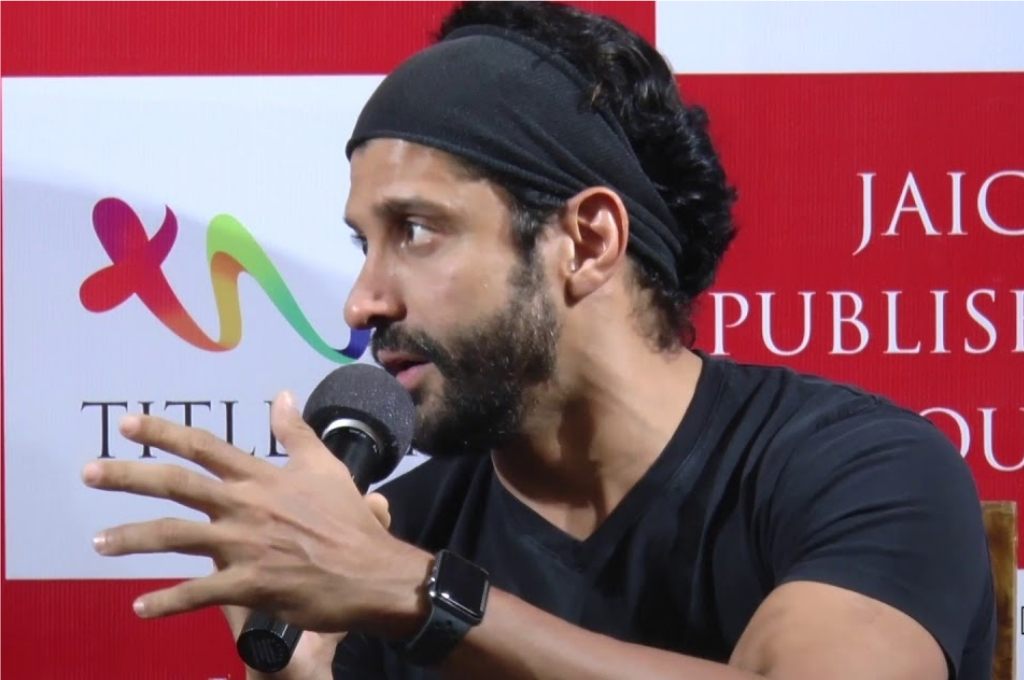 His second directorial outing was Lakshya, starring Hrithik Roshan, set against the background of the Kargil war. As a young wayward Delhi boy played by Hrithik Roshan discovers his purpose in life as an army officer, which comes after he tries to run away from the military academy. Lakshya was a movie about finding oneself.

Lakshya, however, didn’t come with chest thumping jingoism, nor was it all fun and games like Farhan’s previous film. The movie didn’t exactly fare well at the box office, something Farhan admits was one of his biggest disappointments, “You know I gave it my all. I thought kuch ho na ho I would at least get marks for trying”.

I personally loved the film and feel it was one of Hrithik Roshan’s finest performances. 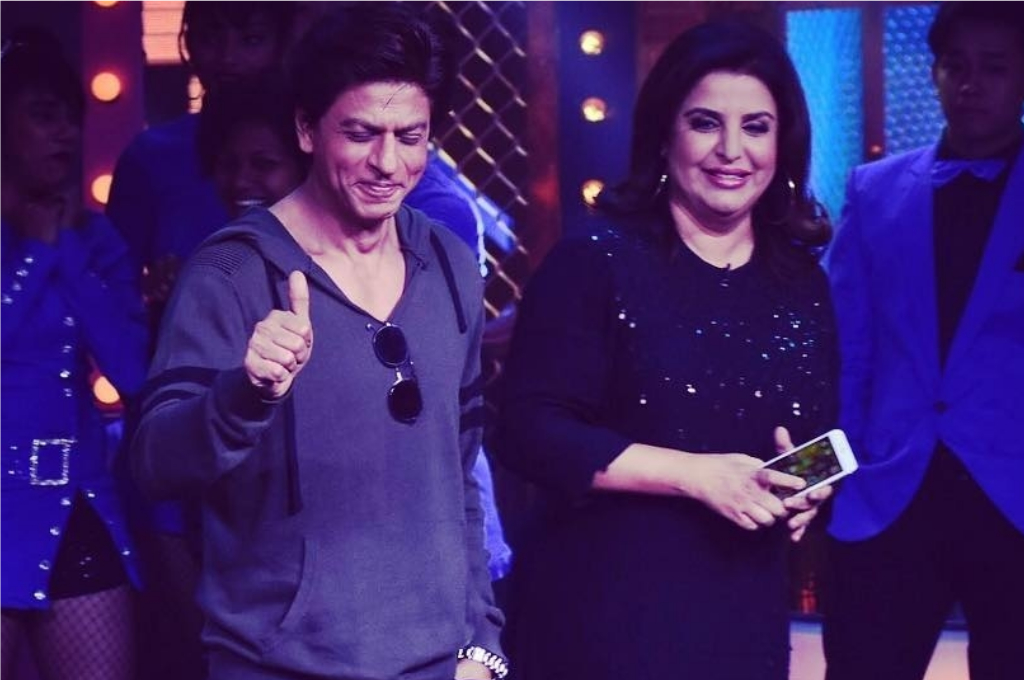 The same year, cousin Farah’s long cherished dream to direct bore fruit in 2004, as good friend Shah Rukh gave her a break with his home production for Main Hoon Na.

A film Farah laughs about and says “A lot of people told me it was an unladylike film for a female director to make”. The film came with all the trappings of melodrama – lost and found brothers, romance, patriotism, and of course, song and dance. “I grew up watching Manmohan Desai’s brand of cinema and wanted to reinvent the genre with modern sensibilities”, says Farha, who is a big fan of the 70’s. 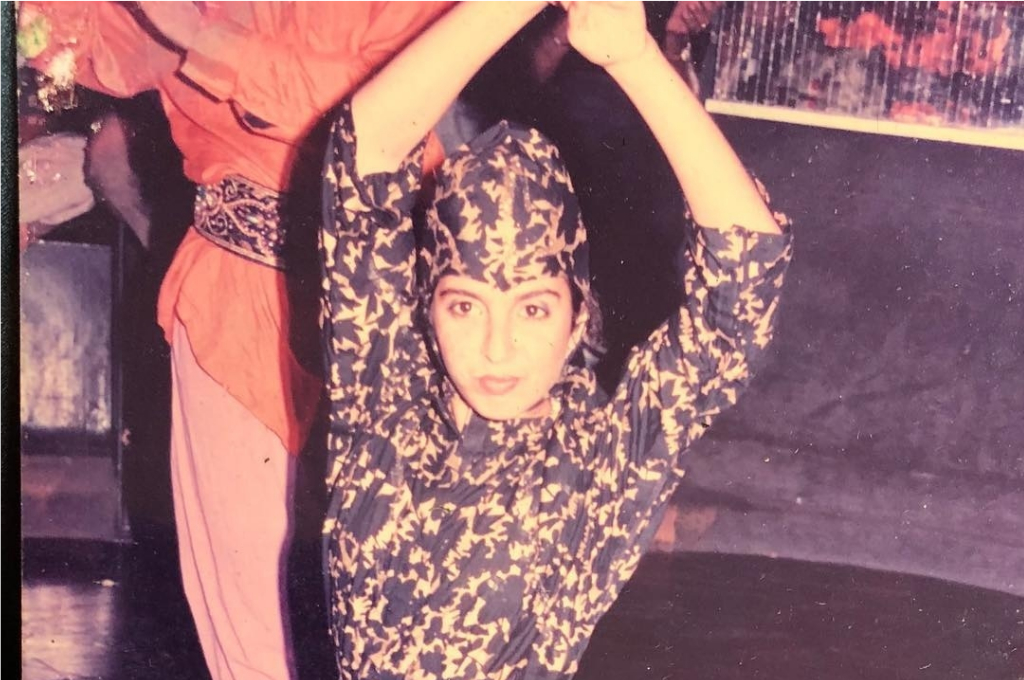 “I danced to Helen numbers. Rishi Kapoor as Monty in that silver jumpsuit, dancing on the disc has been my all time favourite. I have always wanted to dance with him and this was my moment to pay an ode to the movies of the 70’s and 80’s”, said Farah.

Om Shanti Om was an extravagant celebration, a flashback to the matinee hits of the 70’s and 80’s; as dreamy girl Shanti, played by Deepika Padukone falls for the calculating director Mukesh, played by Arjun Rampal, adored by her biggest fan Om Prakash, played by Shah Rukh Khan. A ‘fatal accident’ on the sets of a film and years later to the strains of Dard-e-Disco, the pichla janam comes back, to set the record straight. The film was as filmy as it could get, and Farah and Co. laughed all the way to the bank. 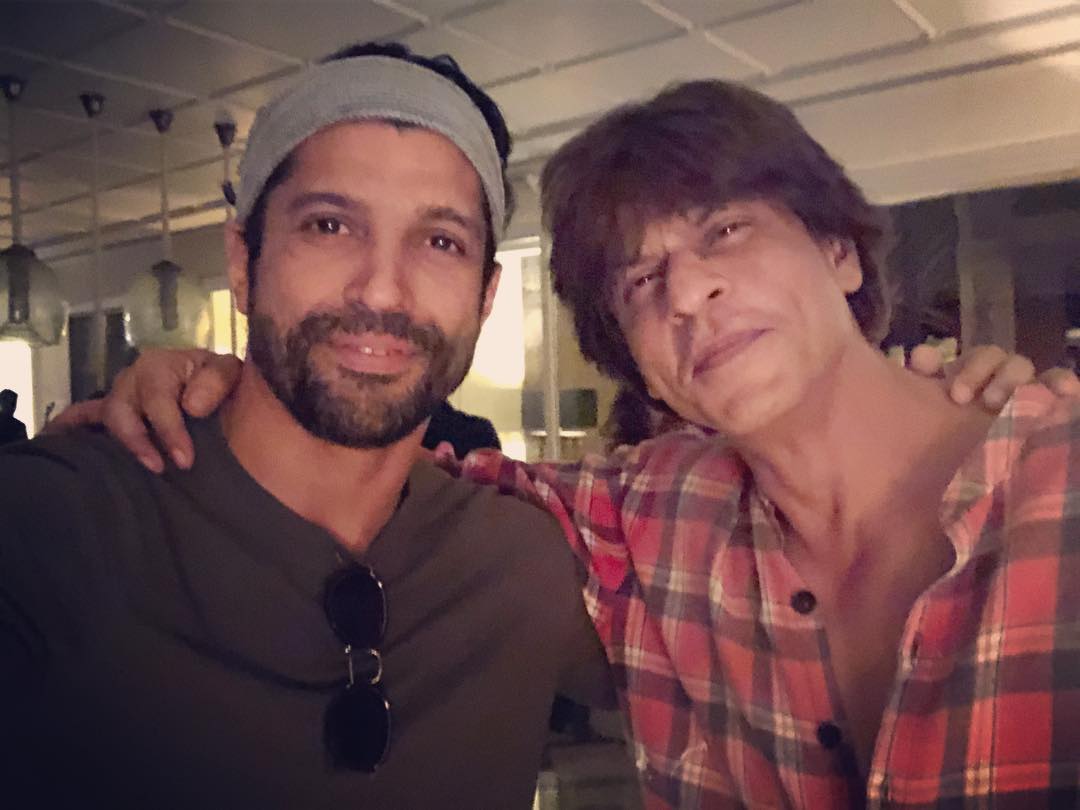 Meanwhile, cousin Farhan, a fanboy of the 70’s as well, revisited the 1978 hit Don – written by his father Javed Akhtar, starring Amitabh Bachchan in a double role as the Don, and his simpleton look alike who is hired by the police.

“I would have loved to be a fly on the wall at the sets of these films, when the iconic ‘mere paas ma hai’ dialogue was spoken, or what were they thinking, how did they shoot those scenes?”.

King Khan was the new Don,and though naysayers thought it was sacrilege to remake a Bachchan hit, Farhan payed a fab tribute to the old with slick gadgets, being loyal to the old plot and lines. Don was a mixed bag.

Though the sequel to Don didn’t exactly set the box office on fire, Farhan had found another calling, acting! 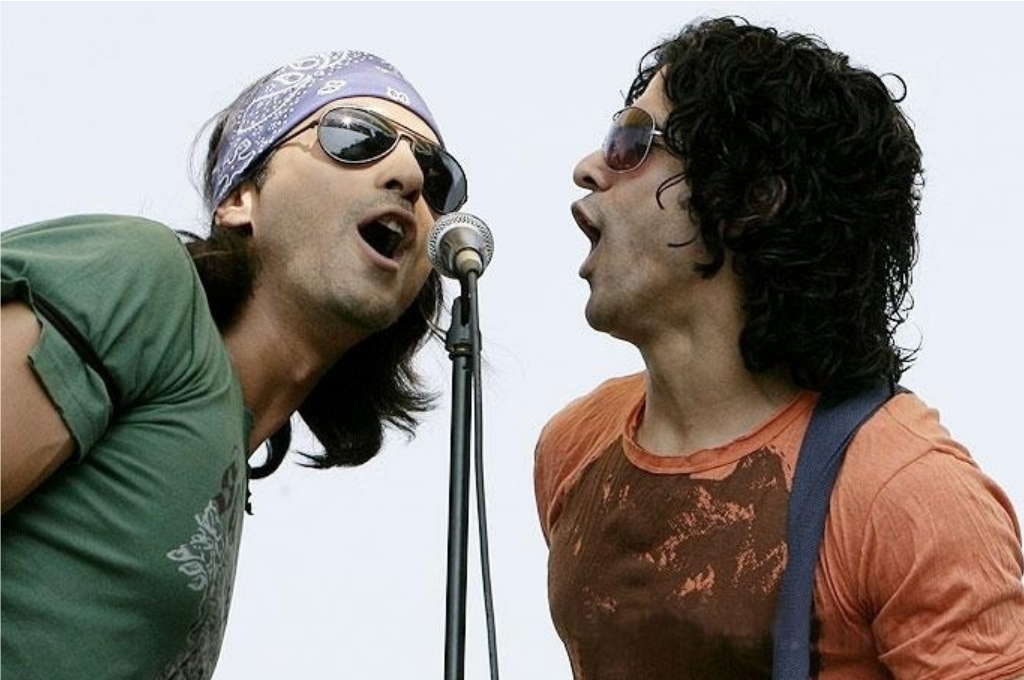 The filmmaker made his debut with the musical drama Rock On, playing Aditya Shenoy, the lead singer of the band Magic, singing his own songs, strumming the guitar – it seemed Farhan the actor had overtaken the director. 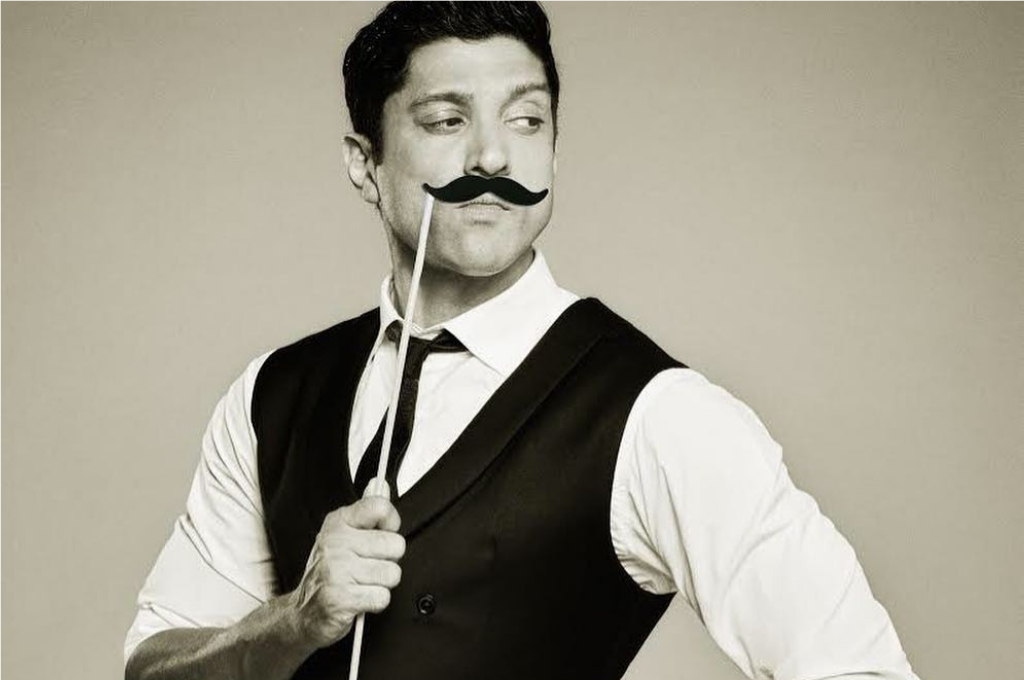 “We like telling all kinds of stories, you create a certain kind of film, and aspiring writers and directors think that you are the kind of company to go to for that kind of film. We don’t want to lose sight of entertaining and engaging with people.”

In the meanwhile, cousin Farah’s upward graph plunged downwards with her third cinematic outing Tees Maar Khan in 2010. After a four-year absence, she brought the heist story Happy New Year, a desi rehash of Oceans 11, The Full Monty and Lady Killers. Though the film was a tribute to her all time favourite Shah Rukh Khan; the forced humour, disjointed plot and banal situations certainly didn’t make the critics and janta happy. Even as the film fetched good returns, it lacked the polish of her previous films. 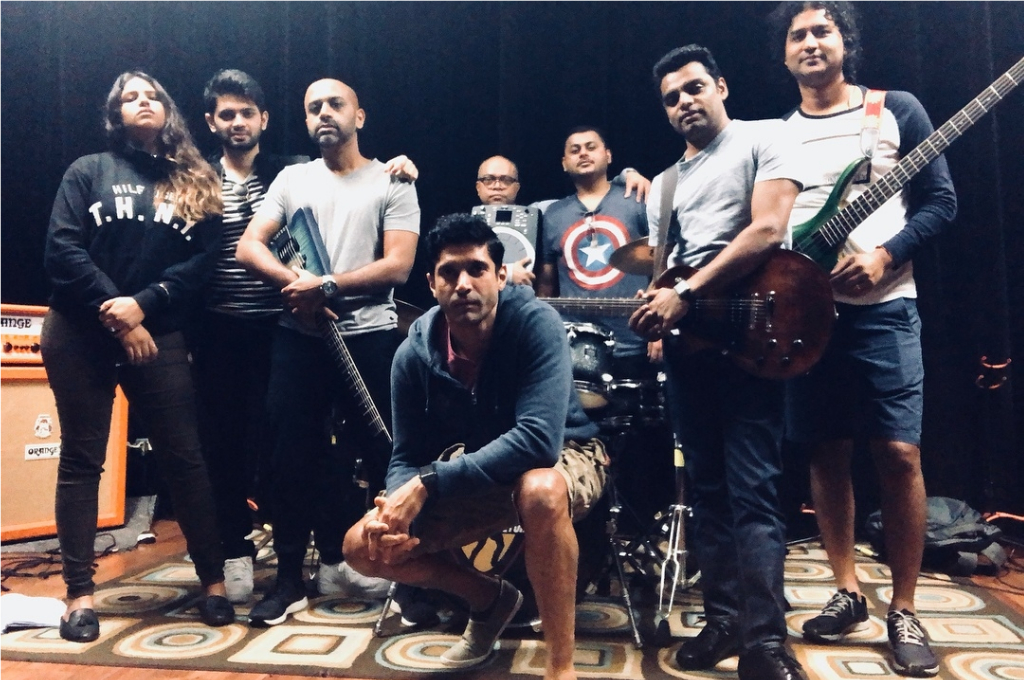 Though Farah has a fifth film in mind, a plot which has already taken shape, cousin Farhan is busy making music across the country. The sounds, however, are not restricted to his music, as with all the public declaration of love for girlfriend Shibani Dandekar, we’re hearing wedding bells too!

Shah Rukh Khan To Star In ‘Salute’ With This Actress?