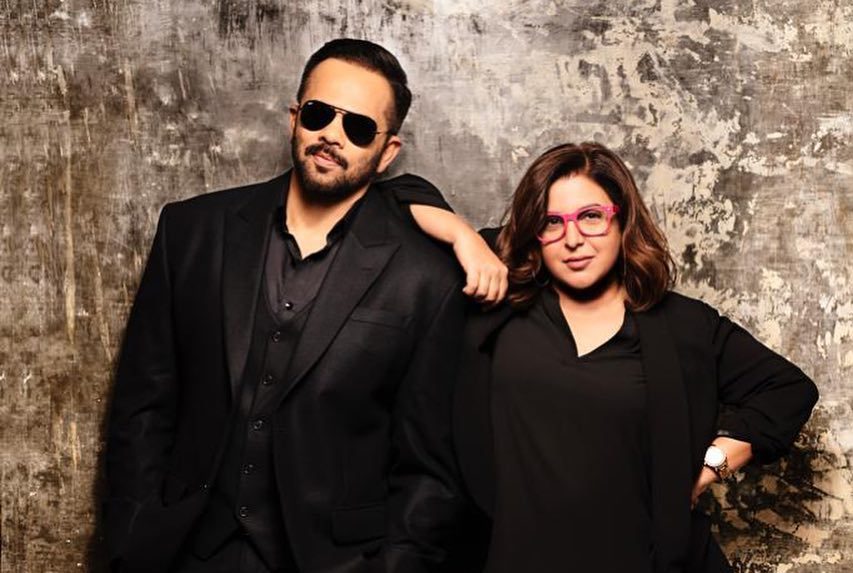 Rumour has it that Farah Khan and Rohit Shetty will be joining forces for “the mother of all entertainers”. Wondering what that is? Read on!

Read: Rohit Shetty And Farah Khan Are All Set To Make Our Heart Pound And Stomach Hurt

What is meant to be will Always find a Way.. excited & Emotional both,to be on this journey with my dearest @itsrohitshetty .. together with the Lov we share for Films , we will create “the Mother of All Entertainers”! #inshallah ..Lov u Rohit♥️. @rohitshettypicturez @reliance.entertainment

Farah Khan shared the above post saying that she was embarking on a ‘journey’ with Rohit Shetty. She didn’t, however, mention what the duo will be working on. Speculations are rife that they will be re-making the Amitabh Bachchan superhit film Satte Pe Satta.

That’s not all that the directors are up to. Farah Khan and Rohit Shetty have, according to various sources, signed a three-remake deal, and Satte Pe Satta will only be the first of them. This will reportedly be followed by Chalti Ka Naam Gaadi, as well as Hum. That’s three re-makes in a row!

Farah Khan herself has not made an official announcement about the same or confirmed the veracity of the re-make trilogy. However, when Mumbai Mirror shared the speculations on Twitter; she said the rumours are not entirely true, but might be partly true!

Loving this!! Thank you @MumbaiMirror but not true.. well.. partly true😂 pic.twitter.com/LlRpa8unfg

Which of the remakes is Farah Khan, then, planning to actually go ahead with? Well, our guess is only as good as yours!

Your Skin Is Getting Ruined Due To Technology, And This Is What You Should Do About It

It Happened When I Was Very Young: Priyanka Chopra On Sexual Harassment