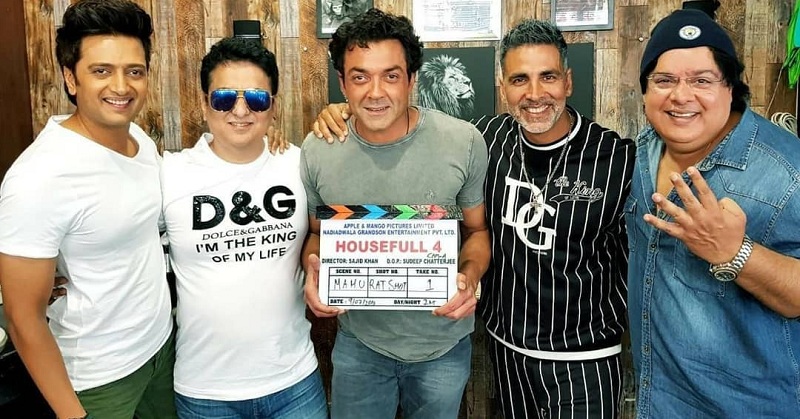 The past few weeks have been an eye-opener for many as #MeToo arrived like a juggernaut in B-Town.

In a statement, a spokesperson of the production house claims that Farhad Samji is ready to take over reins as the new director for ‘Housefull 4’ after former, Sajid Khan, was accused of sexually harassing three women. The film is being produced by Sajid Nadiadwala under his banner of Nadiadwala Grandson Entertainment.

However, the shooting has been put on hold, announced by Akshay Kumar on Friday.

Consequently after crossfire over sexual misconduct, alleged actor Nana Patekar steps down as well. Bollywood buzz has it that Anil Kapoor might be replacing this ‘Housefull 4’ star. With the harassers facing the brunt, the makers are looking for a replacement and as reported, Sanjay Dutt could also be the one stepping in the shoes.

Amrich’s SS19 Was All About Easy-Breezy Fabrics