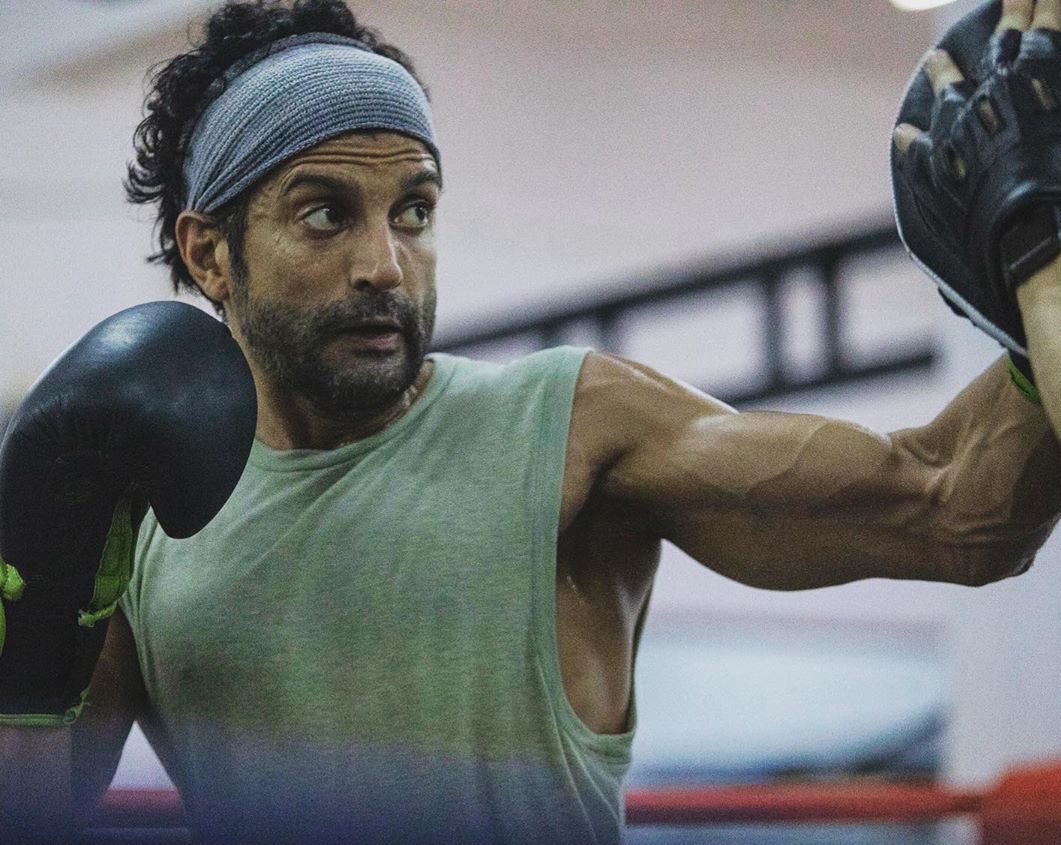 The actor has always taken his preparations seriously – be it a sports biopic or an intense drama. Fans have regularly been treated to snippets of the actor and his rigorous fitness regime and preparations for his upcoming Rakeysh Omprakash Mehra biopic ‘Toofan’. However, this time, he shared a rather funny selfie on his Instagram profile – with a mouthguard on! Check it out –

Read: Farhan Akhtar Says More Sports Biopics Should Be Made And This Is Why

Farhan Akhtar captioned the selfie, “Masoodon ka kavach” making it sound like an advertisement for a popular toothpaste brand! The quirky selfie was later attributed to the fact that he is playing a boxer in Toofan, and it is a part of his gear to wear it in order to protect his teeth from being damaged while engaging in the sport.

Farhan Akhtar’s preparations and fitness have always been an inspiration for many. The actor had left no stone unturned for Bhaag Milkha Bhaag as well, which was based on the life of ace athlete Milkha Singh. Have a look at all the posts that Farhan Akhtar has shared in recent times, prepping for his role as a boxer-

Read: Farhan Akhtar’s Work-Out Post Will Motivate You To Hit The Gym Today

Farhan Akhtar is also looking forward to the premiere of his next film opposite Priyanka Chopra, The Sky Is Pink. The film premieres at the Toronto International Film Festival (TIFF), which is being held in the first week of September.

Nawaz Is Such A ‘Giving’ Actor, Says Radhika Apte About Her ‘Raat Akeli Hai’ Co-Star

Wearing Your AC Is The Latest Fashion Trend In Town