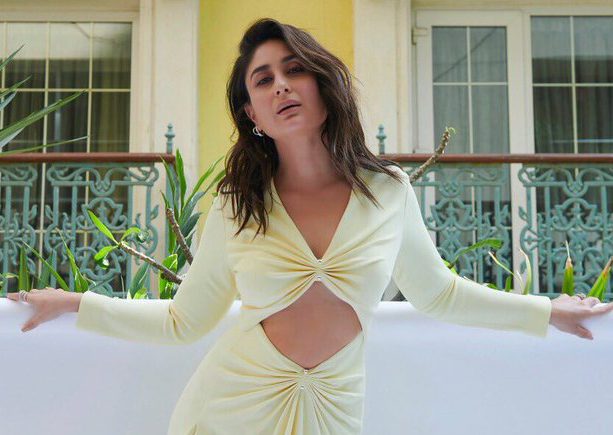 A first-of-its-kind ensemble star cast film based on the issue of surrogacy, ‘Good Newwz’ is the latest film on Bollywood’s radar. The film’s trailer has garnered several lakh views in a matter of just 24 hours, and was the number one trending video on YouTube. At a recently held press conference, actors Kiara Advani, Kareena Kapoor Khan and Diljit Dosanjh spoke about what made them sign the film.

Kareena Kapoor Khan revealed at the press conference that when she heard the script from director Raj Mehta, she just thought that she suited the role perfectly and that the script was really funny! “It was a production house that I trusted the most, and I didn’t know who the cast was,” said Kareena. Of course, it was an added advantage that she was paired opposite none other than her Aitraaz co-star Akshay Kumar.

Read: ‘Good Newwz’ Trailer: ‘The Biggest Goof Up Of The Year’ Seems To Be Quite The Laughter Riot

Diljit Dosanjh, on the other hand, revealed at the press conference that he thought he was called just for the listening of the film. He never expected to actually be selected for the film and cast in it as the lead foursome! Similarly, actress Kiara Advani spoke about how she was the last of the four to be cast in the film, and she was also the junior most on set in terms of acting experience.

This is not Kiara Advani’s first tryst with Dharma Productions. She has worked with Karan Johar before in Netflix’s Lust Stories, but nevertheless, Good Newwz is officially her first Dharma film. Karan Johar spoke about the actress, “Kiara is somebody ,I believe, is like my girl; and I feel like I gave birth to her for some reason. I feel like that she is THE GIRL at Dharma!”