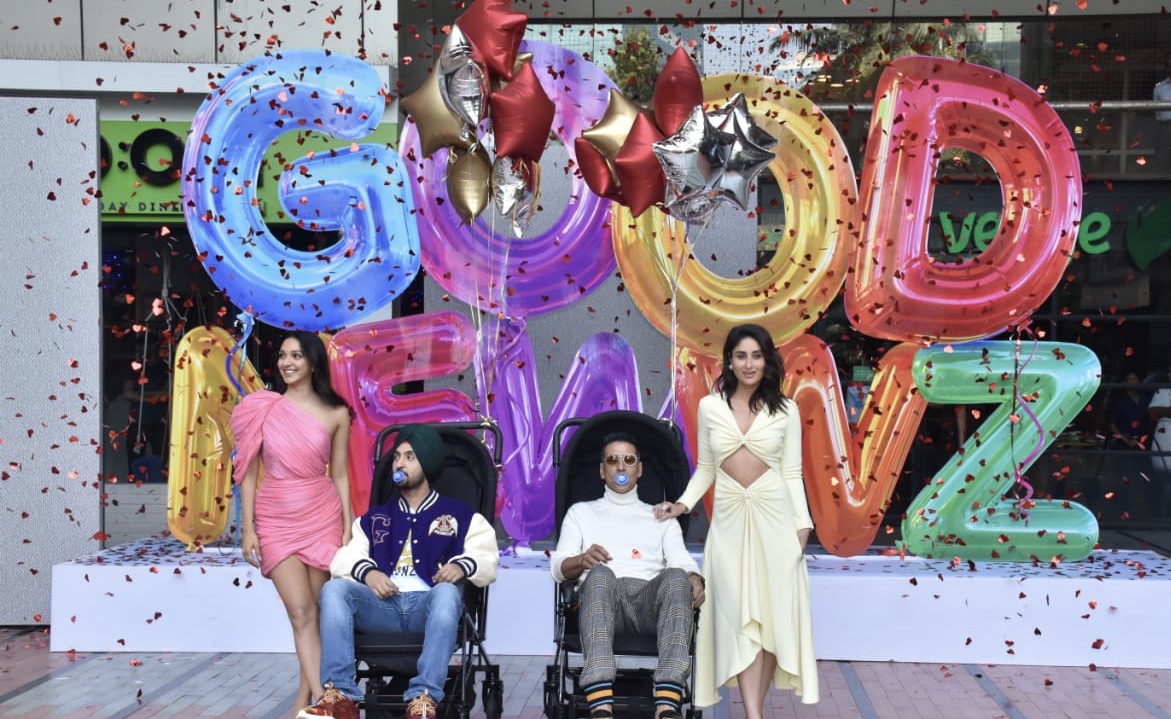 ‘Good Newwz’ Trailer: ‘The Biggest Goof Up Of The Year’ Seems To Be Quite The Laughter Riot

The film revolves around two young couples who decide to have children via in vitro fertilization. However, the good news of a baby turns into a massive goof up for Akshay Kumar and Kareena Kapoor, Diljit Dosanjh and Kiara Advani. Check out the trailer now!

As the trailer opens we are introduced to Mr. and Ms. Batra aka Akshay Kumar and Kareena Kapoor and then taken to meet the other duo, Diljit Dosanjh and Kiara Advani, who are also Batras. Trying the same means to conceive, there’s likely to be some confusion. All hints given, one can figure the plot. Are the women going to have babies from each other’s husbands?

Ahead of the film’s trailer launch, the Good Newwz cadre dropped another poster. A ‘devilish’ sperm encircles the worried characters, this comedy of errors is sure to keep you laughing till the very end.

Blake Lively Deleted All Of Her Instagram, Yet Again!