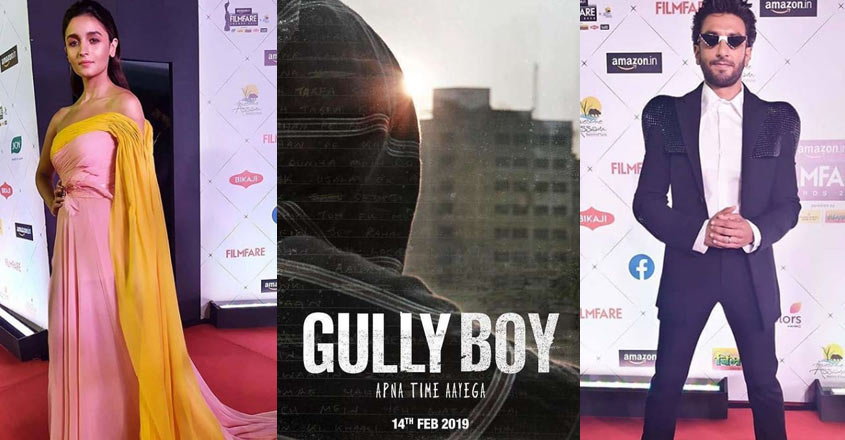 While Filmfare awards celebrated its 65th edition on February 15 2020, the ‘Gully Boy’ cast swept all the 13 categories it was nominated for and has earned the position of the highest awarded films in the Filmfare. The much-awaited award function was hosted in Guwahati, Assam.

Hosted by Karan Johar, Vicky Kaushal and Varun Dhawan, the night ended on a favourable note for Zoya Akhtar’s Gully Boy as she bagged the award for the Best Director trophy. Ranveer Singh and Alia Bhatt took home awards for Best Actor and Actress for their roles as Murad and Safeena. Besides, Siddhant Chaturvedi (MC Sher) and Amruta Subhash, who played Murad’s mother have won the Best Supporting Actor and Actress award for their performances.