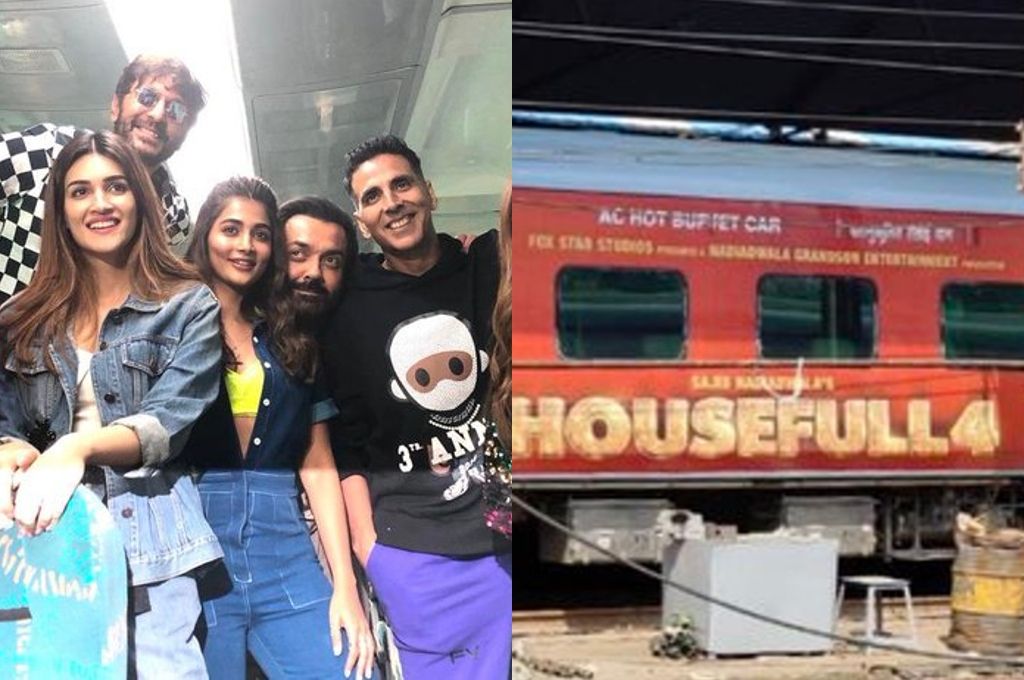 Yes, you read that right! The ‘Housefull 4’ express isn’t a fancy title that the cast of the film have given to themselves. It is literally a train for the promotion of the film. Indian railways has found a new revenue stream for itself, with the first ever film ‘Housefull 4’ trying this novel idea of promoting the film through an entire dedicated railway line, running from Mumbai to New Delhi.

“It’s a HouseFull of smile as the #Housefull4Express journey kickstarts!” wrote Akshay Kumar sharing a snap of the cast in the train. The train left from Mumbai on October 16, and will reach New Delhi the next day. The train will have a total of eight coaches, and will run as part of IRCTC’s ‘Promotion On Wheels’ campaign. The train is intended to promote and spread awareness about art, culture, literature, films, and television.

Read: The ‘Housefull 4’ Trailer Is Here And Twitter Erupts With Memes

Earlier films such as Tamasha and Raees had also followed the ‘rail’way to promotions. Housefull 4 hits theatres on Diwali 2019.

6 Most Common Reasons Of Vaginal Itching

After Non-AC Trains, Flights To Resume Operation In A Calibrated Manner