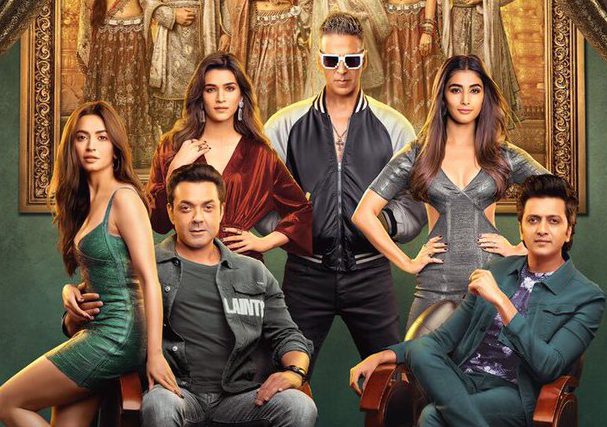 The ‘Housefull 4’ Trailer Is Here And Twitter Erupts With Memes

The fourth installment of the ‘Housefull’ franchise is here and is all set to bring the house down with laughs and gaffes! The so-called first-ever ‘reincarnation comedy’ of India, ‘Housefull 4’ is one of the most expensive comedy films to be made. The film is based on two eras and two places, one being Sitamgarh in 1419 and the other set in London in 2019.

Warriors of Sitamgarh Akshay Kumar and Bobby Deol, and dancer Riteish Deshmukh search for their princesses but the search ends in vain. Four hundred years later, this time in London, they are still looking for the loves of their lives in Kriti Sanon, Kirti Kharbanda and Pooja Hegde, but the dynamics are completely different. Hilarity ensues in the comedy of errors, characteristic to the style of the Housefull franchise. Watch the trailer here-

Read: ‘Housefull 4’: Akshay Kumar Reveals The Film’s Avatars One By One

As soon as the trailer released, Twitter erupted with a flurry of reactions. While some praised the trailer and stunning VFX, others got creative with memes from the stills of the trailer. Here are some of the reactions-

Housefull 4 is a mixture of Magadheera, Baahubali and Sacred Games.😂#Housefull4Trailer

Blockbuster of the year #Housefull4Trailer

VFX of the movie is mind boggling , I wasn’t expecting such VFX work from @NGEMovies .
#Housefull4Trailer

Girl :- Take it from bag

Housefull 4 marks a special appearance by Nawazuddin Siddiqui, who says his trademark Sacred Games 2 dialogue, “Kabhi kabhi lagta hai apunich bhagwan hai“. Rana Duggabati, who replaced Nana Patekar in the film, is the antagonist. Directed by Farhad Samji, the film releases on Diwali 2019. It will clash with Saand Ki Aankh and Made In China at the box office.