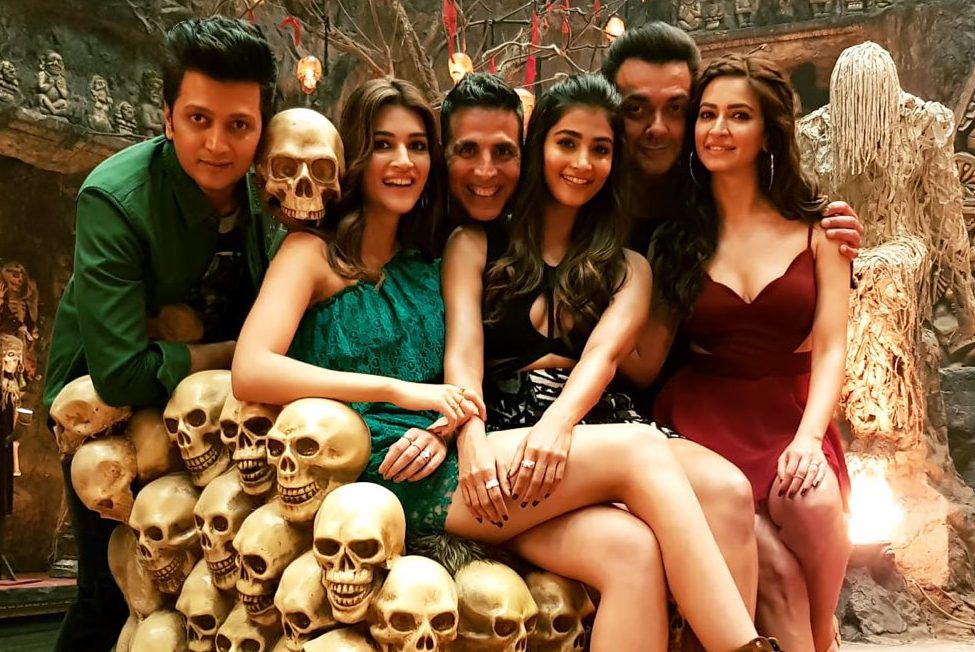 Akshay Kumar has seen two mega box office successes this year – ‘Mission Mangal’ and ‘Housefull 4’. And as the actor’s third film this year, ‘Good Newwz’, speeds up towards its release, there might be another ‘Good News’ coming the way of Akshay’s fans. Wondering what we mean? Here’s proof!

Akshay Kumar posted a picture from a party with the entire Housefull 4 cast in it. What’s more, some actors from the previous installments of the franchise, such as Jacqueline Fernandez and Abhishek Bachchan. “Last night was a #HouseFull of fun with friends from Housefull 1, 2, 3, and 4. Gearing up for 5? I don’t know,” said Akshay in the caption. He thus hinted at the possibility of a sequel without categorically denying it either!

Meanwhile, the actor has a pretty packed schedule on the work front. While his shoot for Sooryavanshi wraps up, he already has two more films lined up for the upcoming year. The actor will be seen in the period drama Prithviraj alongside Miss World 2017 Manushi Chhillar. His film Bachchan Pandey will also release on Christmas 2020.