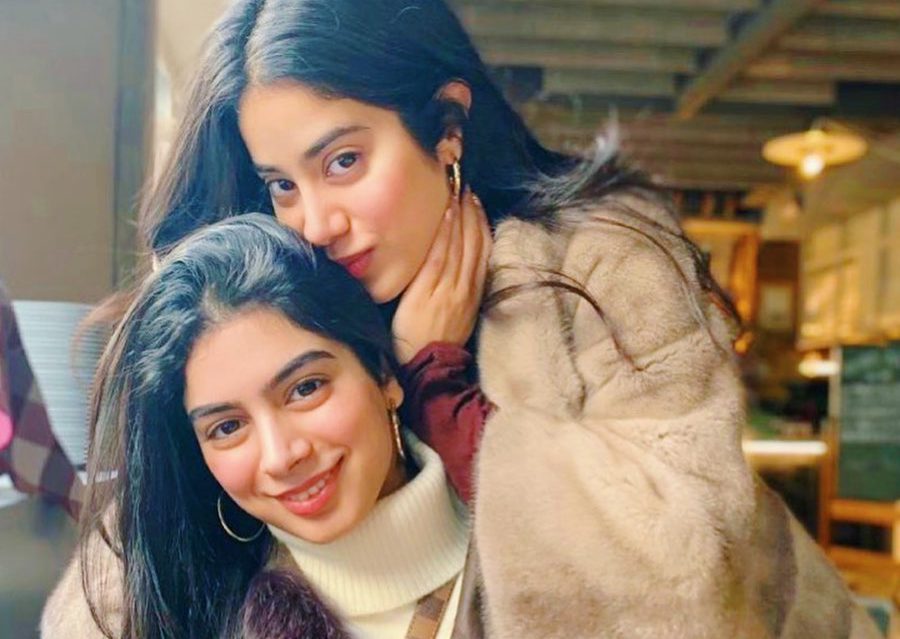 Recently, Khushi Kapoor was seen jetting off to New York, where the star kid has enrolled for a course in filmmaking. While sister Janhvi Kapoor was missing at the airport, the actor is making up for it, in New York!

From what can be seen through Janhvi Kapoor’s social media stories and updates, the two sisters are having a great time together. Even father Boney Kapoor is with them; “Finally”, she writes as she poses with her father in New York.

New York, I love you

Unleashing their touristy selves, the sisters have been going around having fun. From what it seems, Khushi Kapoor has developed an off the wall obsession with ‘evil eye’. Many believe in the strange power of the ‘evil eye’ when it comes to warding away all that bad energy. Janhvi Kapoor shows her fans and followers how Khushi Kapoor got the symbol inspired manicure and not just that, even a tattoo and a neckpiece.