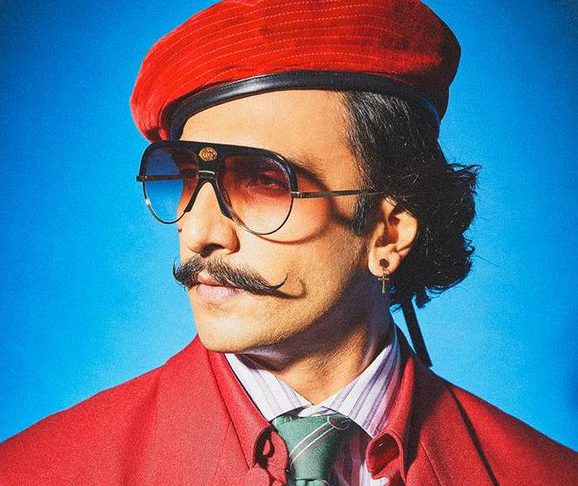 Ranveer Singh is known for his quirky sense of fashion, and his latest character in his upcoming film is equally quirky! The actor will next be seen in and as ‘Jayeshbhai Jordaar’, a Gujarati man with an agenda to protect women.

Ranveer Singh shared his first look from the film on his profile, saying, “Jayeshbhai hain ekdum Jordaar!” The actor can be seen wearing a tan shirt with white polka dots, and a matching grey trouser and black belt with it. He also sports a thin moustache, his hair coming to his forehead.

Jayeshbhai Jordaar is touted to be a story that throws light on how judgmental society is about women. Ranveer Singh essays the role of an ordinary Gujju man, who is thrown into a situation to which his response is extraordinary! Ranveer Singh had earlier announced the film on his handle, calling it a ‘miracle script’.

Its a ‘miracle script’!!! 😍 Thrilled to announce my next film – ‘JAYESHBHAI JORDAAR’ 🎥 @yrf #JayeshbhaiJordaar

This the actor’s second Gujju character that he will be essaying, after the Sanjay Leela Bhansali directed Ram Leela. Talking about his role in the film, Ranveer Singh said –

Jayeshbhai is an unlikely hero – an ordinary man, who ends up doing something extraordinary when he’s hurled into a threatening situation. Jayeshbhai is sensitive and compassionate. He believes in equal rights between men and women in a society that is deeply rooted in patriarchal ideals, practices and doctrines. Jayeshbhai presented an exciting challenge – to deconstruct myself in order to transform into a kind of character I’ve never inhabited before.

Where in the world did this kid come from?!?!? #DivyangThakkar is straight up JORDAAR !!! 😍🎥❤️🙏🏽 @yrf #JayeshbhaiJordaar

Directed by debut director Divyang Thakkar, the film releases in 2020.

Alia Bhatt To Ananya Panday: Who Won What At The Filmfare Glamour & Style Awards