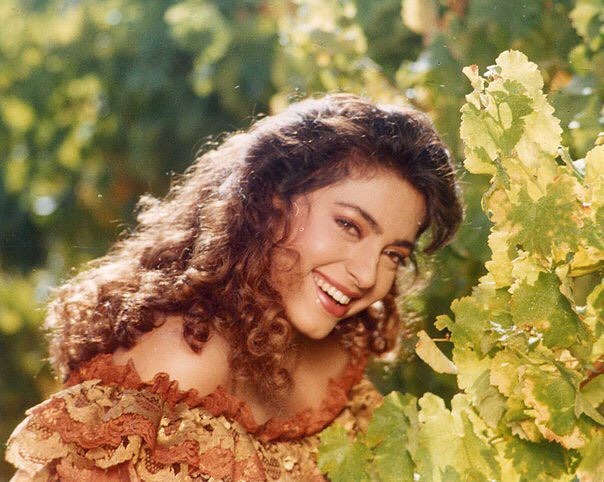 She is an actor with a million dollar smile, sparkling eyes, and an adorable face. Her positive and warm aura won a million hearts back in the 80’s and 90’s. Juhi’s hearty laughter, her funny expressions and her commendable comic timing made her the ‘queen of comedy’ in that era. Known for her bubbly and vivacious on-screen persona, the actress has never failed to charm her fans through her movies.

We love the way she is fluttering her eyes in front of King of Romance!

She has got some amazing moves!

She knows how to tease Aamir Khan, too!

No other actress could beat her comic timing!

Her innocence is something to die for!

Her expressions are priceless!