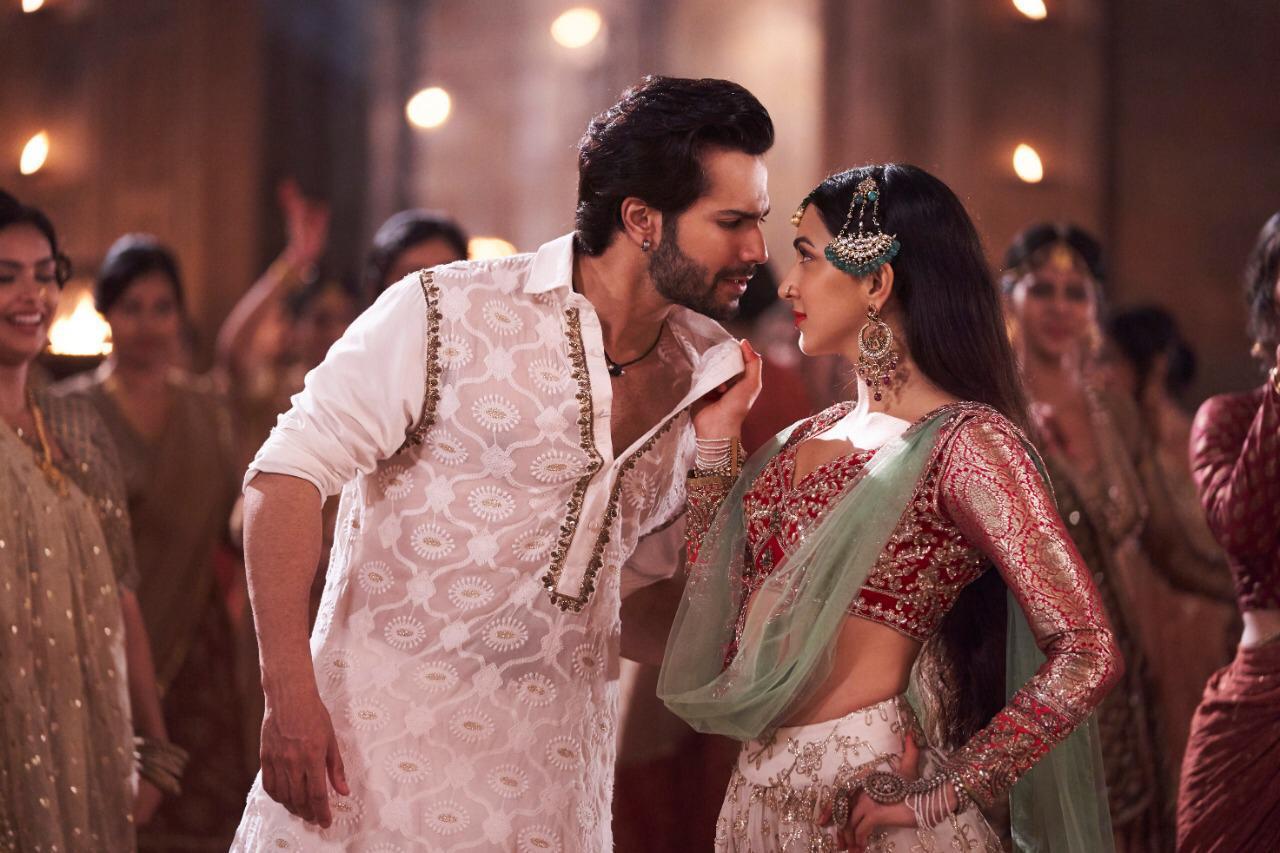 Kalank’s Latest Song Is A ‘First Class’ Start To Your Weekend!

After ‘Ghar More Pardesiya’ was applauded for the stunning ‘jugalbandi’ between Madhuri Dixit and Alia Bhatt, the makers of Kalank have released the second song from the film. The song, which is titled ‘First Class’, is a peppy, funky number with Varun Dhawan and Kiara Advani! Sonakshi Sinha also took to Twitter to share stills from the song.

The song marks the beginning of Varun’s journey in the film Kalank. First Class has been sung by Arijit Singh and composed by Pritam. Here is a glimpse of the song that Alia Bhatt shared on her Instagram profile as a build-up to the song release.

Varun Dhawan had also shared a video on his Twitter handle, further building up the suspense to his song from Kalank. The video is a montage of people from all wakes of life, who on being asked how they are feeling, say ‘first class’!

The film is a multi-starrer period drama with Alia Bhatt, Varun Dhawan, Aditya Roy Kapur, Sonakshi Sinha, Madhuri Dixit, and Sanjay Dutt. Directed by Abhishek Varman and produced by Dharma Productions, the film is slated for an April 17 release. Listen to the full song here –

7 Healthy Relationship Habits That Most People Think Are Toxic

Bollywood Shaadi Alert! This ‘Kapoor’ Actress Could Be Tying The Knot Soon

1 thought on “Kalank’s Latest Song Is A ‘First Class’ Start To Your Weekend!”