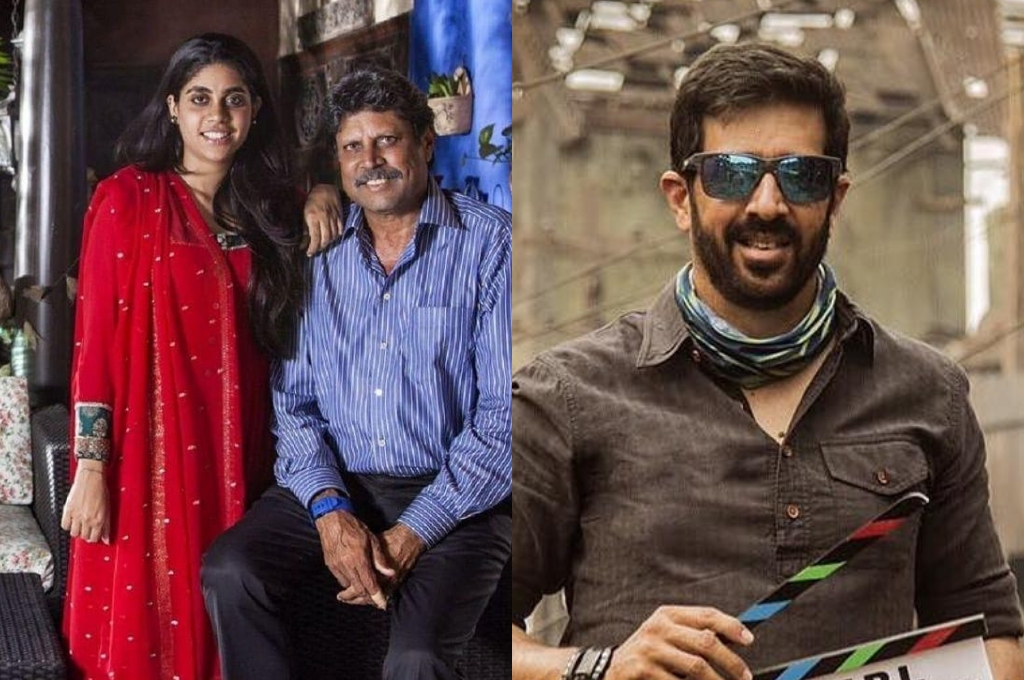 ’83 the film is based on the victory of the Indian cricket team against world champions West Indies in the year 1983. The film stars Ranveer Singh as the Indian cricketing captain, Kapil Dev. As it turns out, that is not the only association that Kapil Dev has with the film! Sources recently revealed that Kapil Dev’s daugther, Amiya Dev has donned the hat of an assistant director for the Kabir Khan directorial.

Kapil Dev’s close involvement and association with the project has been pretty evident since the beginning. It was the erstwhile Indian cricketing legend whose near-double century tipped the game’s tables in the Indian team’s favour. His daughter’s working with ’83 has been great so far, said a report.

Amiya is just out of college. As of now, it looks like she just wants to explore different things like most bright people do. She is very helpful to us, she knows the subject, she knows all the cricketers and she has access to all of them. She is also very willing to learn.

#Repost @fuhsephantom (@get_repost) ・・・ Kapil Dev says some stories make us laugh and some we're embarrassed of, but you'll have to #Relive83 to find out!

Apart from Ranveer Singh, the film also has Pankaj Tripathi, Harrdy Sandhu, Saqib Saleem, Chirag Patil, and Ammy Virk playing various roles in the film. The preparations for the film are already in full swing in Himachal, as the entire team is undergoing rigorous training and practice sessions.

The film is slated to release in 2020, and is soon to go on floors. ‘83 will be shot in various parts of London and Scotland.

As If The Doll Wasn’t Enough, You Can Now Find Taimur’s Face On Cookies