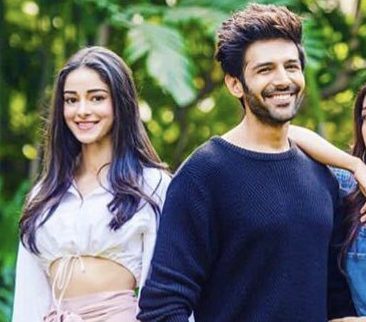 When in Lucknow, eat! Kartik Aaryan and Ananya Panday who are currently in Lucknow, shooting for their upcoming film ‘Pati Patni Aur Woh’ took some time out of their busy schedule to try some delicious Lucknowi street food. Kartik Aaryan posted a picture on his Instagram profile –

“Chintu Tyagi on a diet!! Enjoying Lucknow ka laajawaab khana. #PatiPatniAurWoh” wrote Kartik Aaryan on Instagram. The actor can be seen sporting handlebar moustache in his Chintu Tyagi avatar, which is his character from the film. Kartik Aaryan was also seen in Ananya Panday’s Instagram stories, where the duo were spotted trying some delicious Kulfi from the streets of Lucknow. The actress posted a story, with the caption, “Kulfi Badnaam Hui”. Though their co-star Bhumi Pednekar was missing in action – Ananya Panday did tag her make up artist in the story.  Kartik Aaryan and Ananya Panday were all smiles in the Instagram stories – and who wouldn’t be, giveng all the amazing food they’re eating? 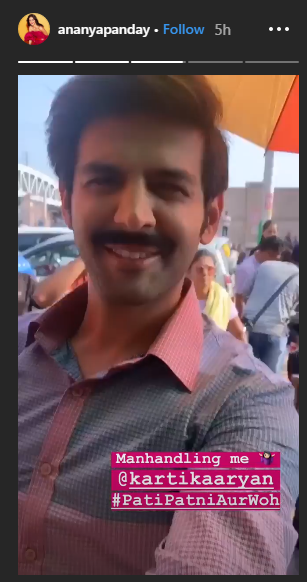 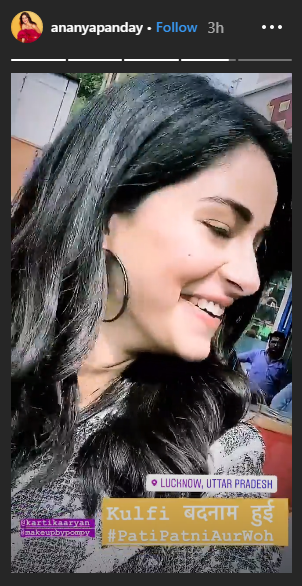 Pati Patni Aur Woh, directed by Mudassar Aziz is slated for a December 6, 2019 release. The film is a remake of the 1978 film by the same name, and stars Kartik Aaryan, Bhumi Pednekar, and Ananya Panday in lead roles.

Stocking Alcohol For Over 8 Days Banned In Delhi