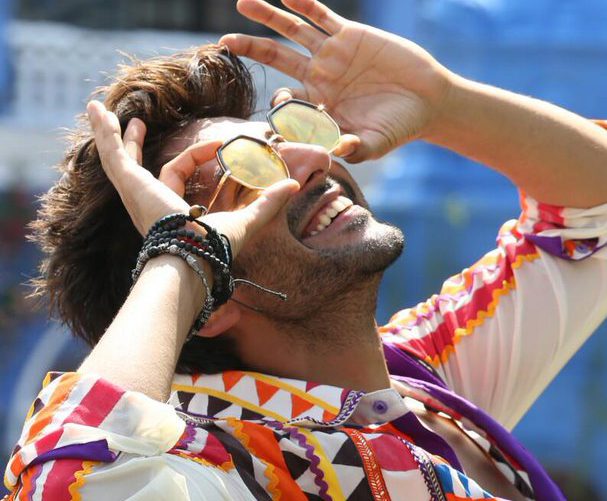 As Kartik Aaryan turns a year older, wishes poured in for the actor on social media. But one wish that caught our attention was Ananya Panday’s! Her hilarious caption was just perfect, in every ‘Ananya’ way and so was her nickname for Kartik Aaryan.

ur birthday, but “focus” is on me 🤪📸 juusssst kiddin, happy bday Tiki 👶🏻 @kartikaaryan

“Ur birthday, but “focus” is on me. Jussstt kiddin, happy bday Tiki!” wrote Ananya Panday in the caption.  The picture is also not the conventional birthday post, as it has Ananya Panday posing and Kartik Aaryan pretending to click her! Isn’t Ananya Panday every millennial ever?

The duo has worked together for the first time in Pati Patni Aur Woh, where Ananya Panday plays the ‘woh’ or the other woman in Kartik Aaryan’s marriage. They shared a great camaraderie on and off camera, as they kept sharing behind-the-scenes clicks from the film’s shoot, trying Lucknowi food or sampling the beautiful cityscape.

Read: Ananya Panday Has A Savage Reply For Kartik Aaryan Who Tried To Mock Her Fashion

The actor celebrates his 29th birthday today. He began his birthday celebrations on set for ‘Dostana 2‘ in Chandigarh, and later got a surprise from his family at home with loads of balloons and cakes! Another nickname of Kartik Aaryan was revealed when he posted Instagram stories of the cake that his parents got for his birthday. The cake was decorated with the words, “Happy birthday dear Koki!” Check it out- 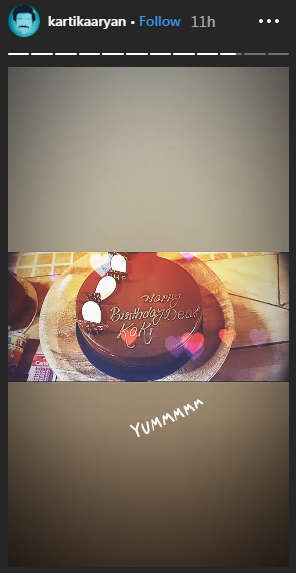 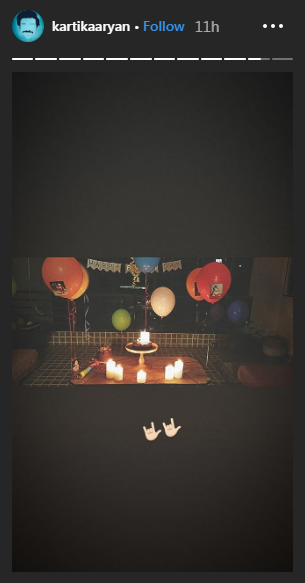 The actor is planning to spend a working birthday this time, prepping and promoting his upcoming film Pati Patni Aur Woh. He was recently in Delhi for a song release, Ankhiyon Se Goli Maare, which is a remake of the 90’s classic number featuring Govinda.

Family Food Chronicles With Himangini: These Comfort Recipes Are A Must For Winter