Actor Kartik Aaryan, who has constantly been linked up with his female co-stars, told GoodTimes, during a recent interview, that he doesn’t mind all the public speculation around him. ‘Good or bad’, he said, ‘as long as they’re talking about me, I’m happy’.

In conversation with Kareena Kapoor Khan, recently – on a chat show hosted by the star herself, Kartik Aaryan, whom she introduced as ‘India’s heartthrob’, confessed to ‘liking’ Kareena’s step-daughter, Sara Ali Khan, and a lot more. Read on. 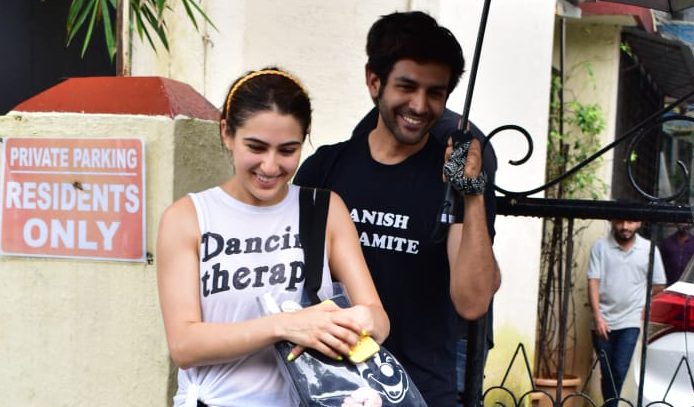 The chat began with Kareena asking Kartik if he knew what women really want, to which he jokingly said he still knew a little about what women may want, until he did Pyaar Ka Punchnama, but after the film, he forgot whatever he knew. Upon being further asked if he understands what women want in reality, he says ‘he would like to ask Saif Ali Khan’, we’re guessing perhaps because he is Sara’s father.

During the course of the conversation, Kareena asks him if he has ever been on a dating app, to which he very honestly replies, he hasn’t. ‘Never felt the need’, he says. She then adds ‘especially now, you shouldn’t be.’ Kartik confesses it’s much harder to date when you’re a celebrity, because you don’t know exactly why the other person likes you. Whether it’s because of your status. And you wonder if they’ll stay even if you fail in life.

While on one hand he says Saif and Kareena are couple goals for him, on the other he asks Kareena why she got married, in a rather flirtatious manner, to which Kareena says ‘Ye bohot bada badmaash hai.’ 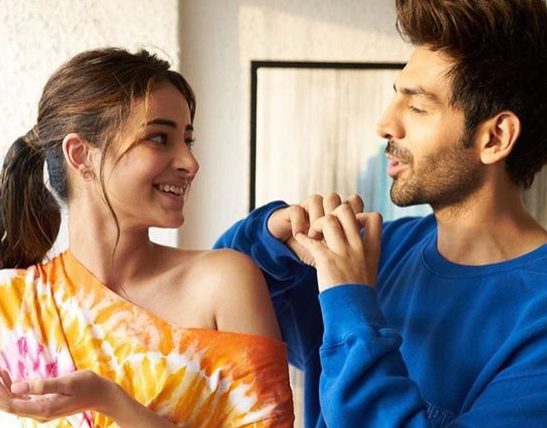 When Kareena asks him who he’s dating, he says ‘Main khud bhi abhi nahi janta ki main kya kar raha hu life mein.’ He says he goes for coffee with women, and the media ‘changes’ the name of his girlfriend, accordingly. He says sometimes his mother asks him which one of the girls he is linked up with, is he actually dating.

And finally, during a game of ‘Like, Block and Friendzone’, Kartik finally confesses he ‘likes’ Sara Ali Khan, without any hesitation. But when asked whom he’ll block and friendzone, he says he’d block Nushrat Barucha (only because he has to) and ‘friend-zone’ his Luka Chhupi co-star Kriti Sanon.

Watch: Peter and Lara Jean Face Complication In The Trailer of ‘To All The Boys: P.S. I Still Love You’

Ahead Of Christmas, Keepers Send Special Gifts To Animals At London Zoo