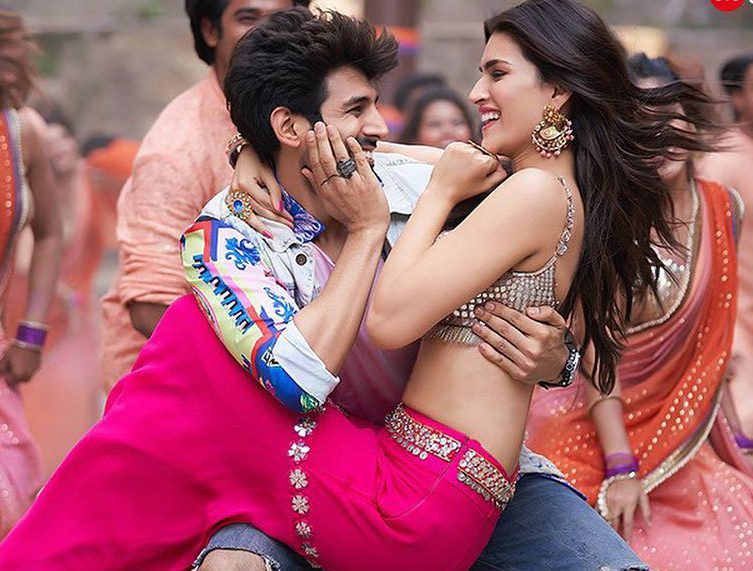 Their performances in ‘Luka Chhupi’ were appreciated, as was their chemistry as a couple. The tables have now turned for Kartik Aaryan and Kriti Sanon! The duo are starring in two separate films, which are both slated to release on the same date – December 6, 2019.

A recently released caricature of Kartik Aaryan in his Chintu Tyagi avatar also served as the release date announcement of his film on Twitter. The remake of Pati Patni Aur Woh releases on December 6. The film also has actresses Bhumi Pednekar and Ananya Panday on board. Kriti Sanon’s film Panipat, on the other hand, is a period drama based on the third battle of Panipat. The film also stars Sanjay Dutt and Arjun Kapoor alongside Kriti. Its release date is December 6 as well.

So while Pati Patni Aur Woh is a light-hearted comedy entertainer, Panipat is with a more serious, historical undertone. Which of the Luka Chhupi stars’ films would end up wooing audiences? Well, that’s something that only time will tell!