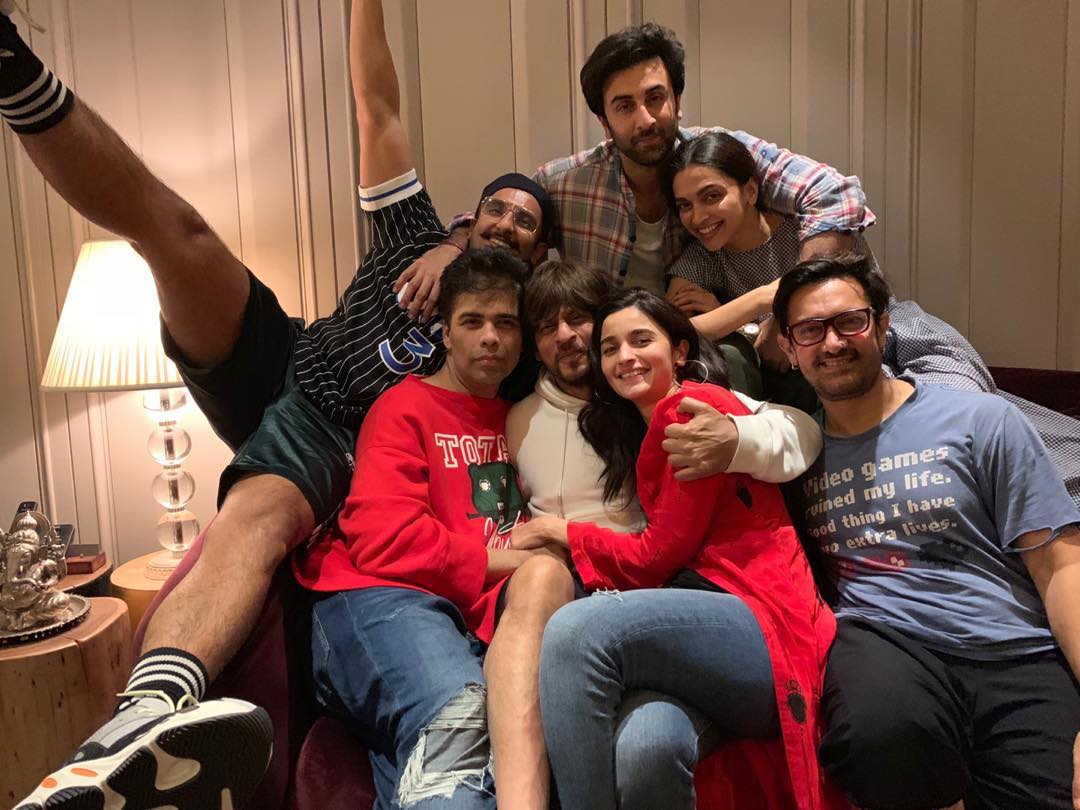 KJo Parties All Night With 2 Couples And 2 Khans!

From time to time, one goes over a photo, a bit of music, a work of art or an expression of a sentiment that just makes your day. And yesterday Karan Johar gave us one of the cutest surprises by posting an adorable photograph of his ‘crew’ shining bright under one rooftop.

It’s a really simple picture; Karan curled up with some of his favourite B-Town people; Shah Rukh alongside Aamir Khan, Alia Bhatt, Ranbir Kapoor, Deepika Padukone and that prankster called Ranveer Singh. Well well, the people in this frame have reportedly been in rather quarrelsome positions in the past.

Years ago, supposed differences between Shah Rukh and Aamir were doing the round. It’s a known fact that there was a time when all the popular and trendy film would go to King Khan, with some of his performances considered not precisely award-winning. Aamir on the other hand made a disparaging reference to SRK in his blog, when he composed a remark on a puppy named Shah Rukh at his home.

The picture is telling for another reason; it has ex-lovers Ranbir and Deepika together without a hint of enmity and their current partners, Ranveer and Alia as well. While DeepVeer were seen grinning and making the most of Ranbir’s embrace, seems like Alia and godfather Karan chose to twin in red-casuals.

Did Aamir want to show his friends his upcoming movie ‘Thugs of Hindostan’ or did Ranbir plan an all night party for his friends? Is Salman Khan feeling left out? All these remain a mystery as of now. But the million dollar picture looks like it was a night to remember for the superstars!